The most important event of the day

The stalls without construction permit were drifted all over the town.

These have been built under Luzhkov and are destroyed under Sobyanin. Streets are becoming more clean, beautiful and free of the advertisement rubbish. However, that’s a bit a point at issue. 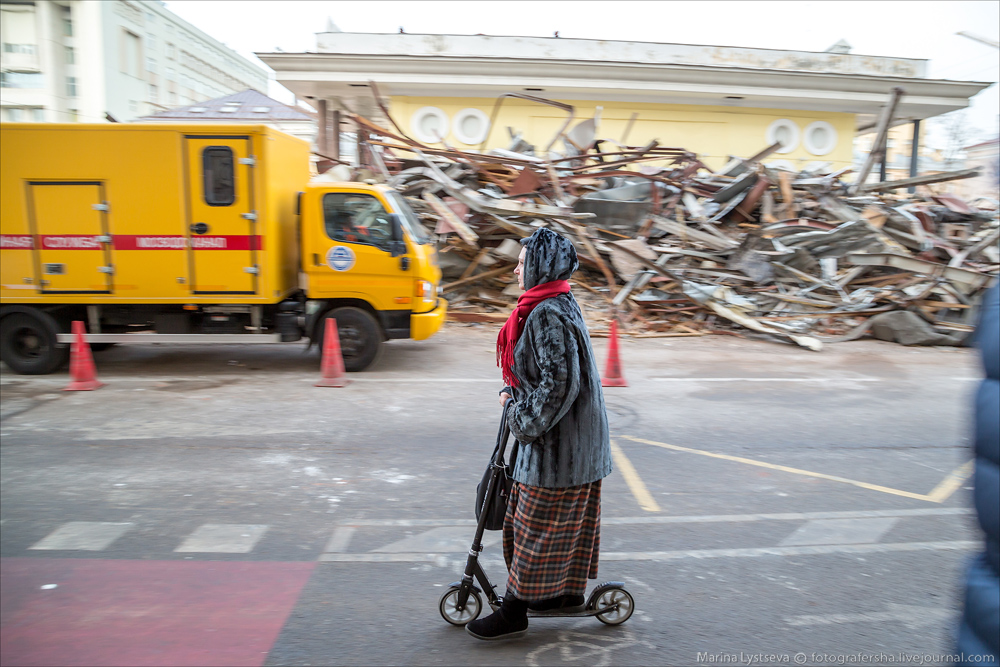 Before this, you could buy all the needed goods nearby the metro on your way home or spend about 15 minutes on the trip to the start. What for now? 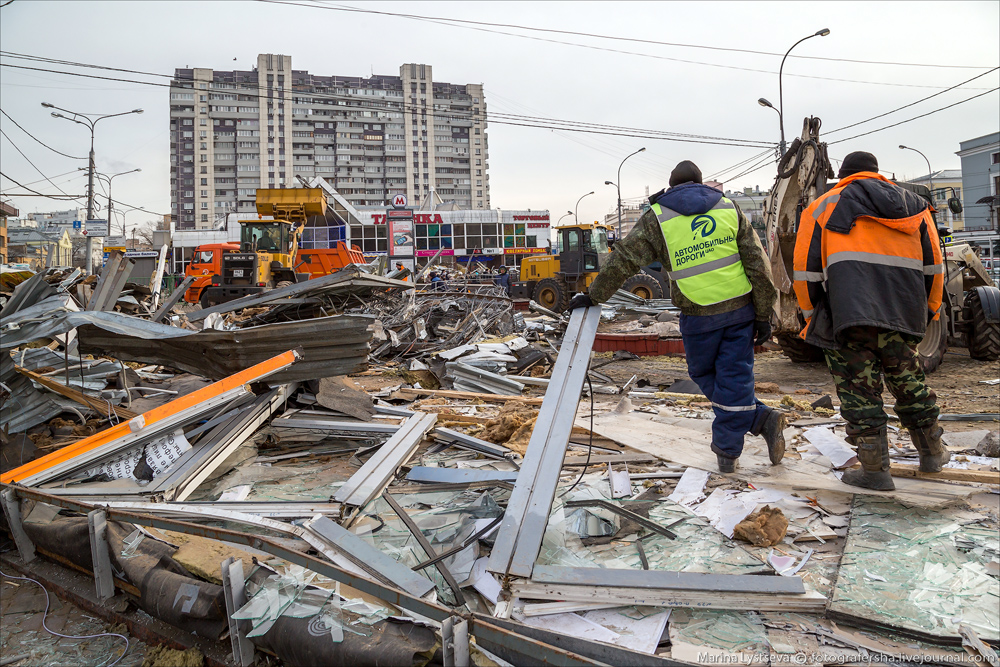 “Marksistskaya” metro station entrance. To all appearances, “Taganka” shopping pavilion will be drifted at about 24th of February. 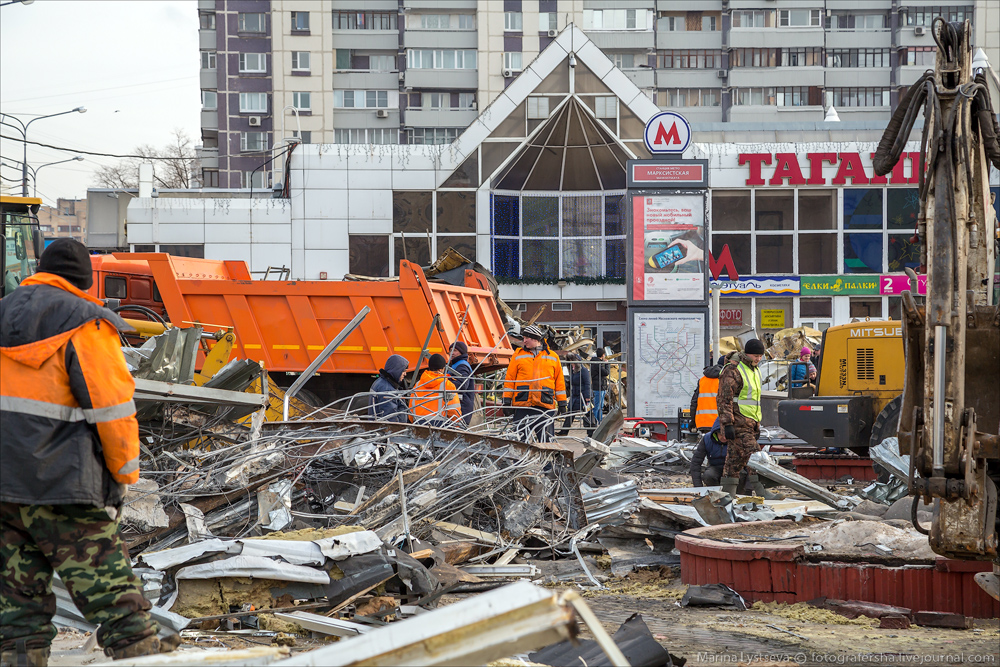 I remember how clean this square was in 1988, when I came to repair my “Zenit-ET” in the only workshop in Moscow, which was located here, at Marksistskaya. 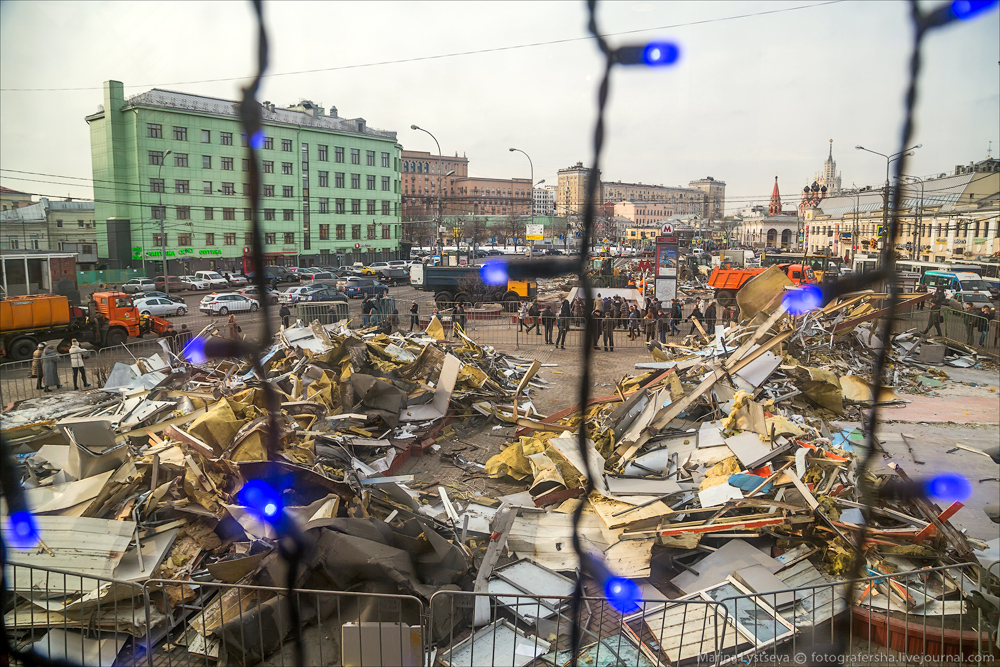 I connected to wi-fi in metro. The second article in the news summary was about the drift with the main targets listed there. 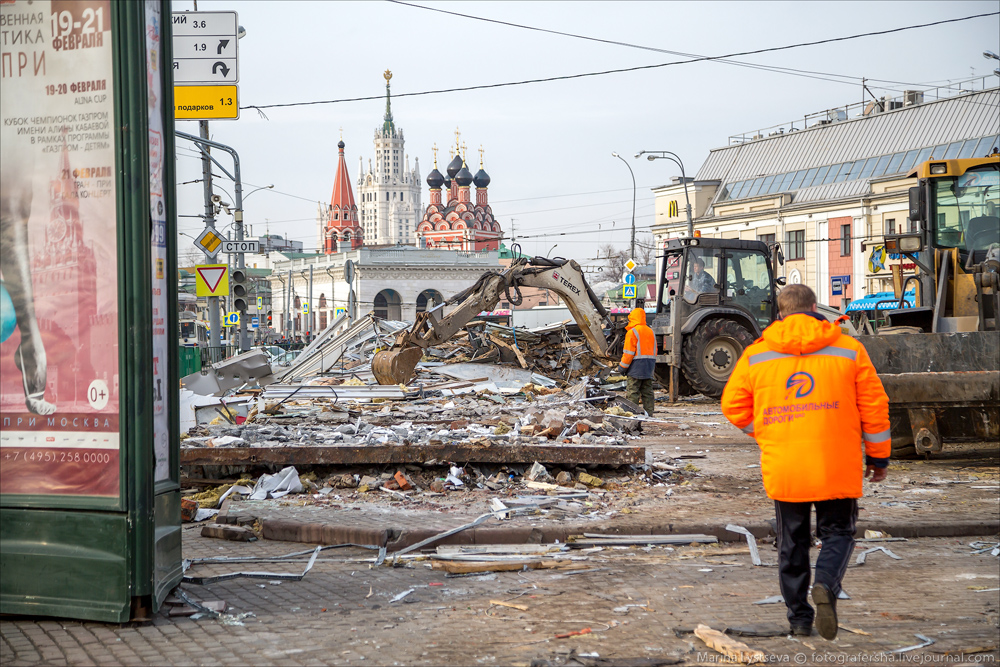 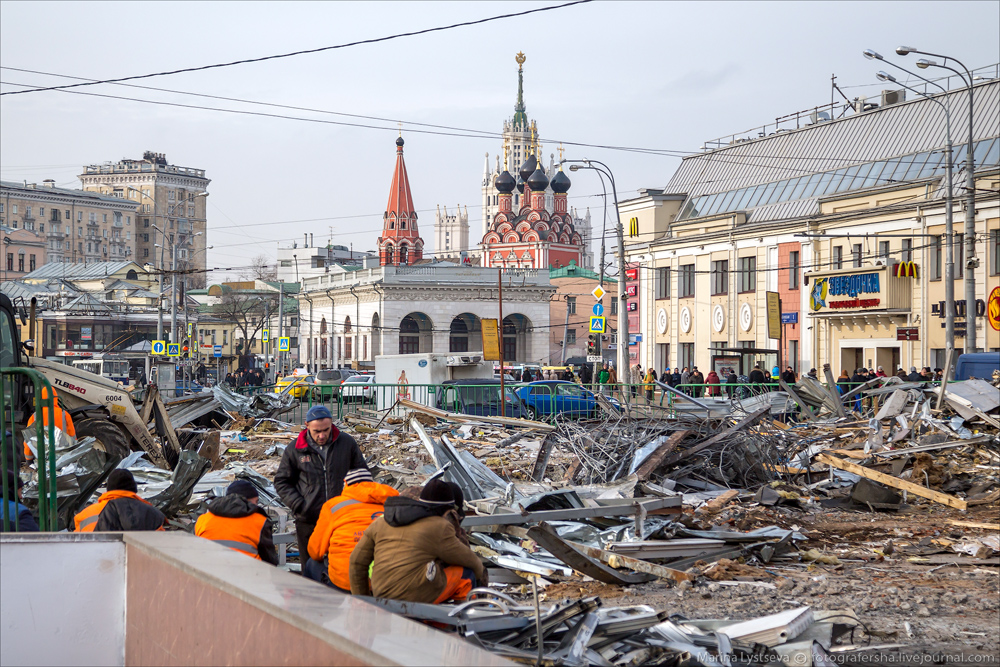 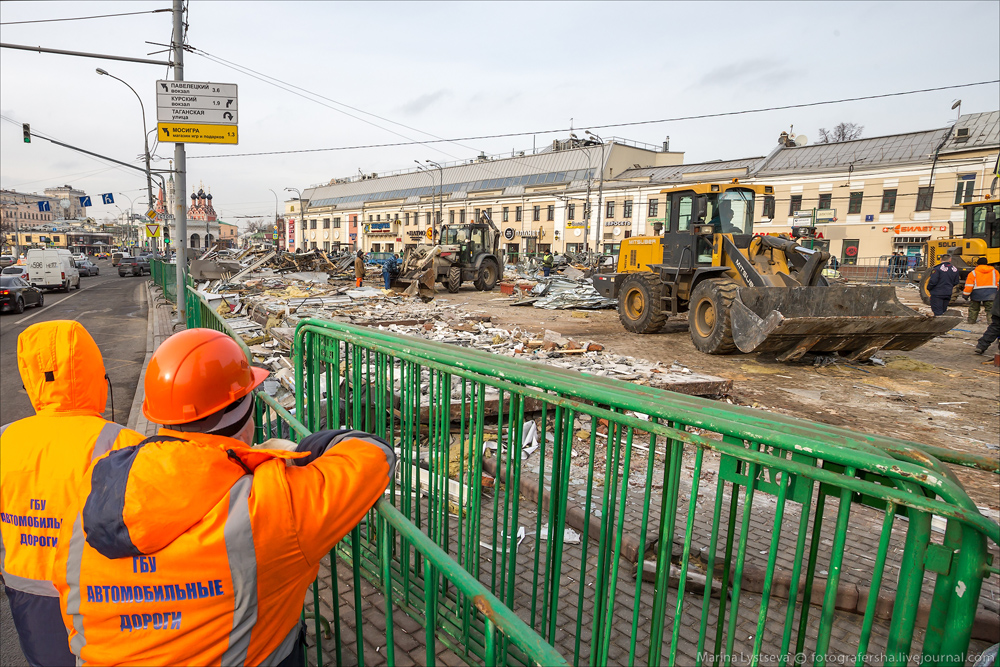 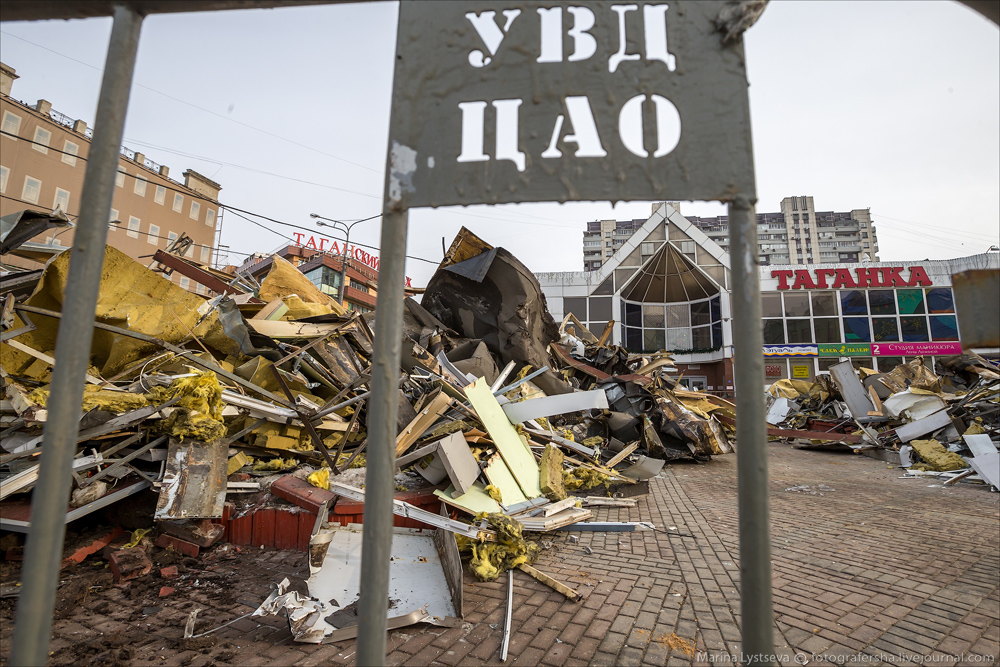 At “Ulitsa 1905 goda” everything is working so far. 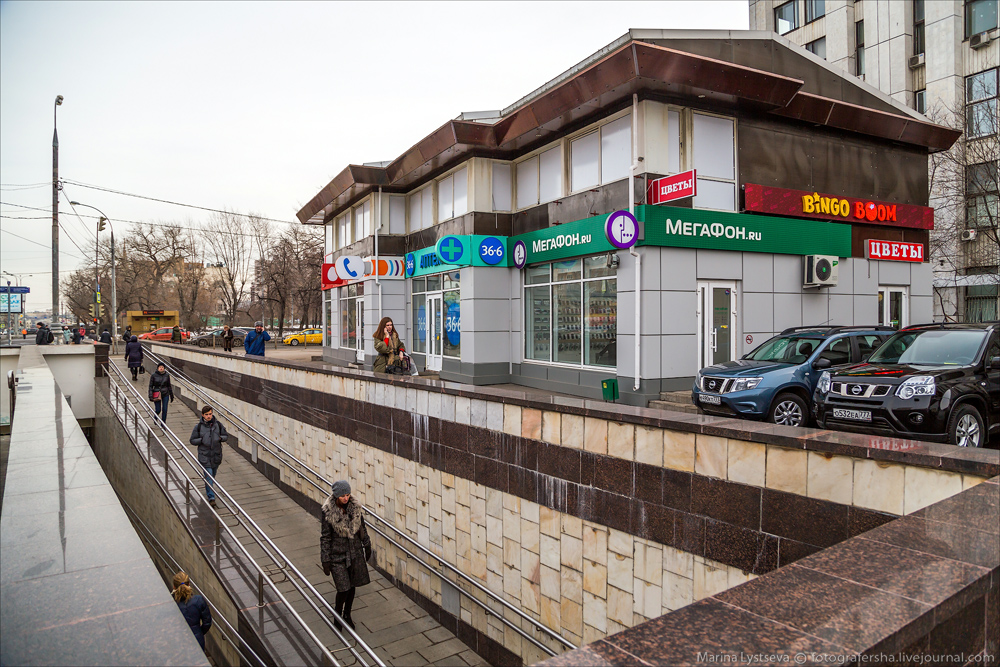 Off-topic. Wandering from the point: isn’t he cold?? 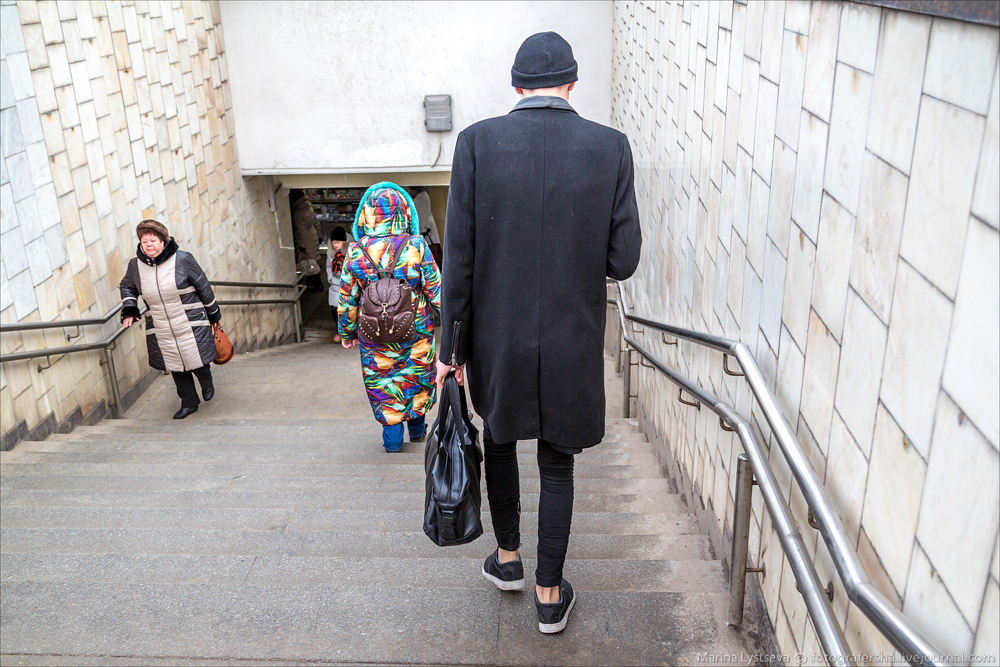 These buildings are going to stay here until 23rd of February. 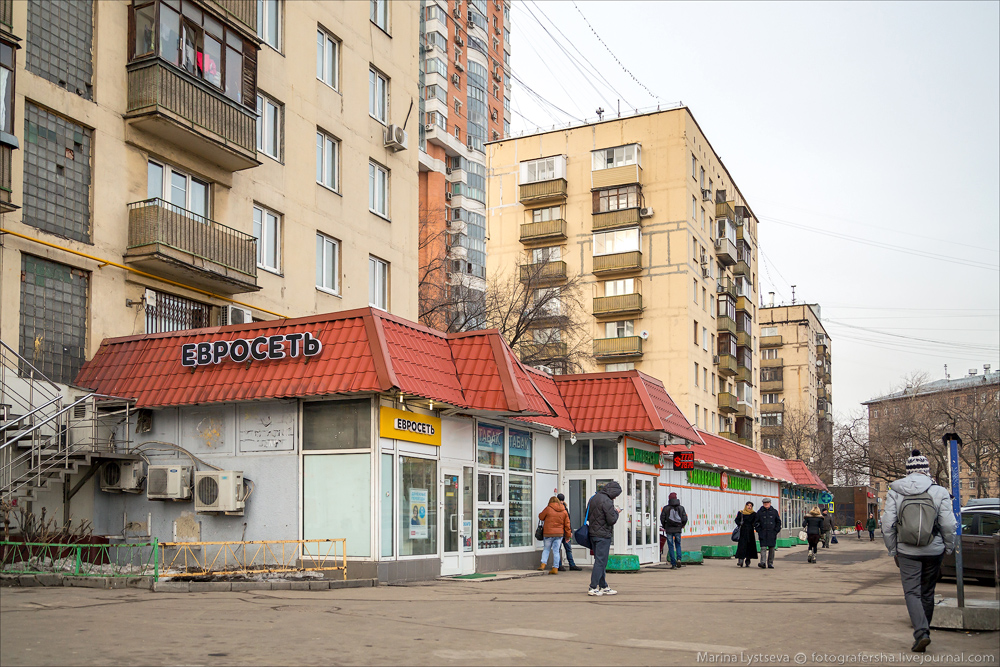 I think, everyone have already taken photos at “Chistye Prudy”. 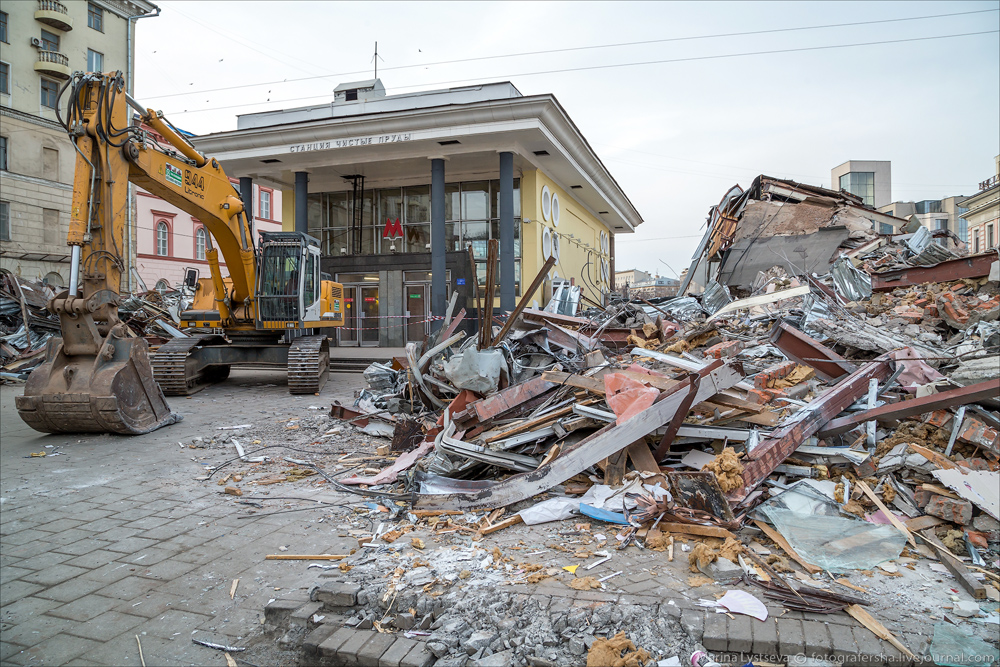 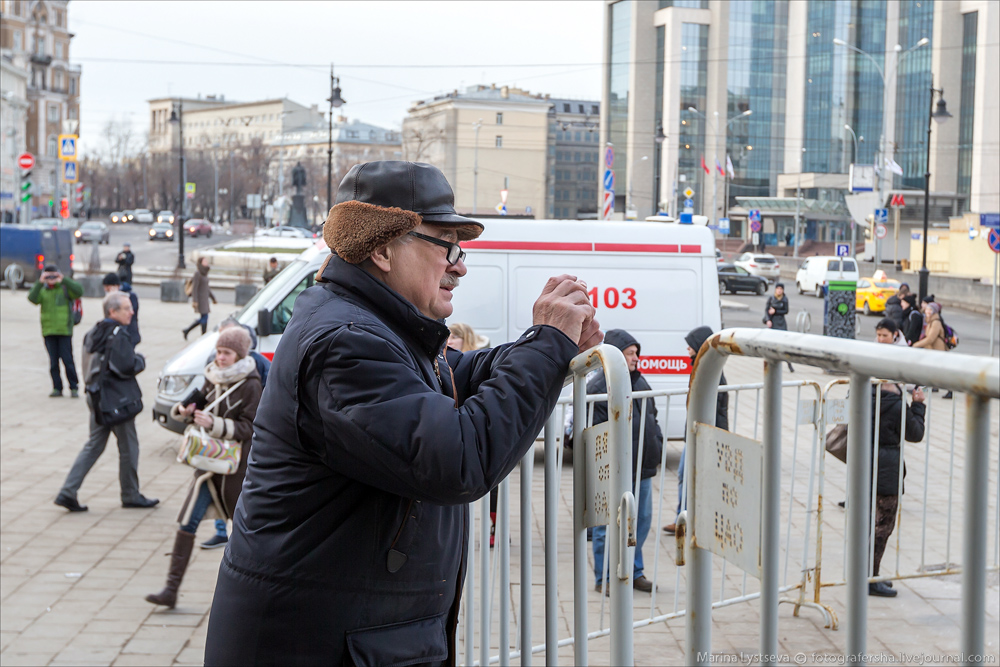 There are no guards. One can take anything he wants. 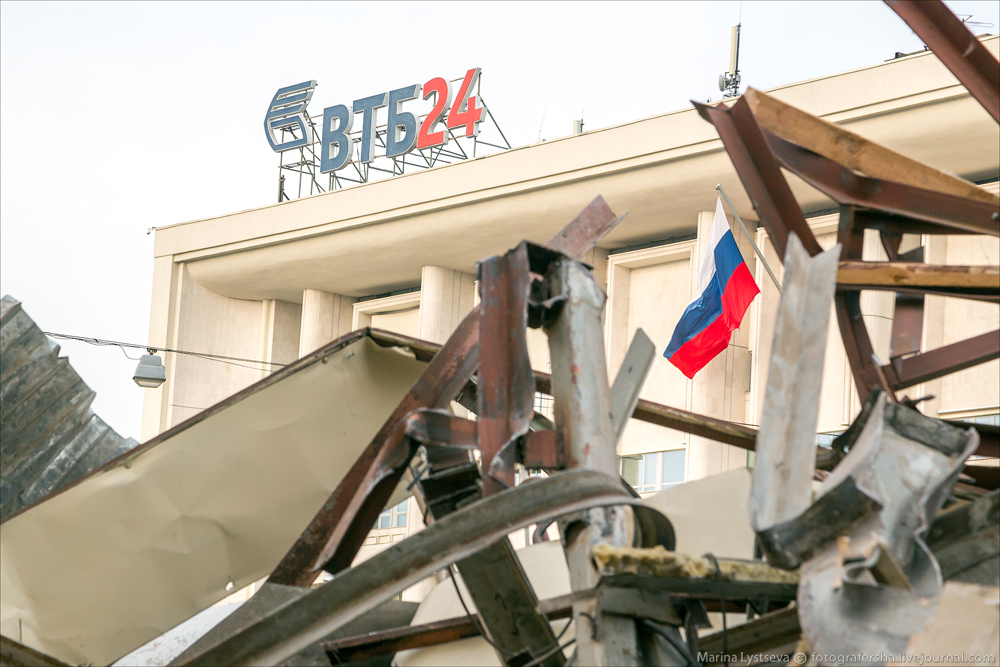 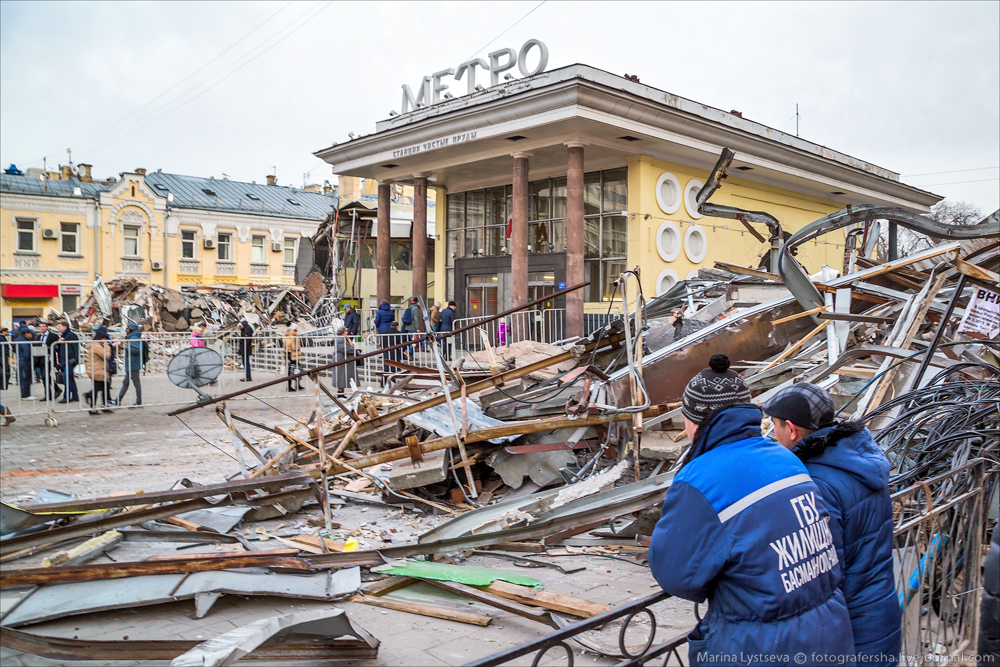 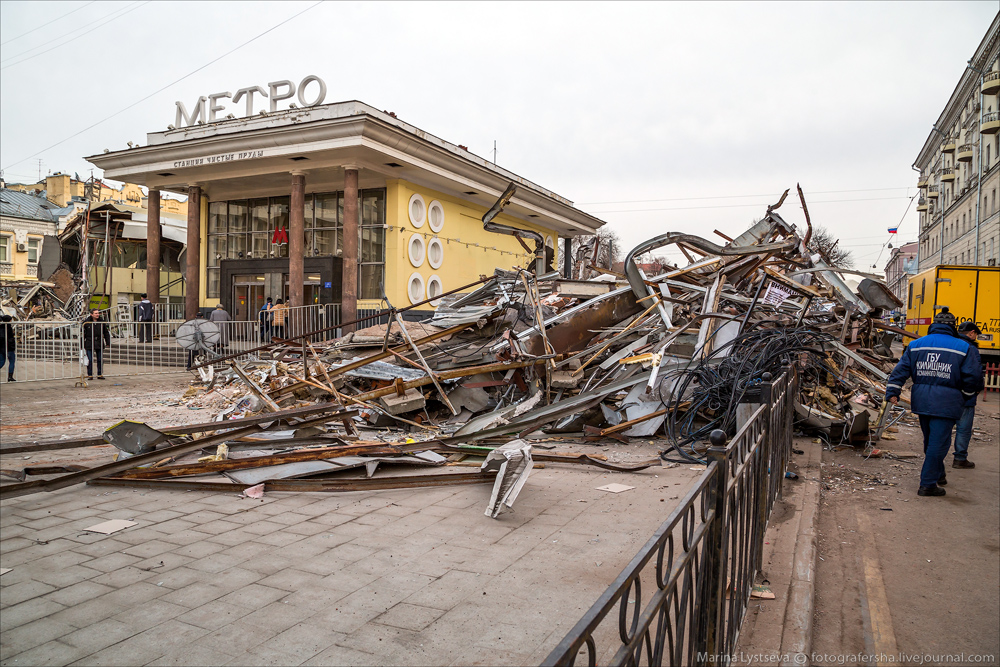 The man in a cloak is doing some ads. The cloak looks like it has come from the 90s. 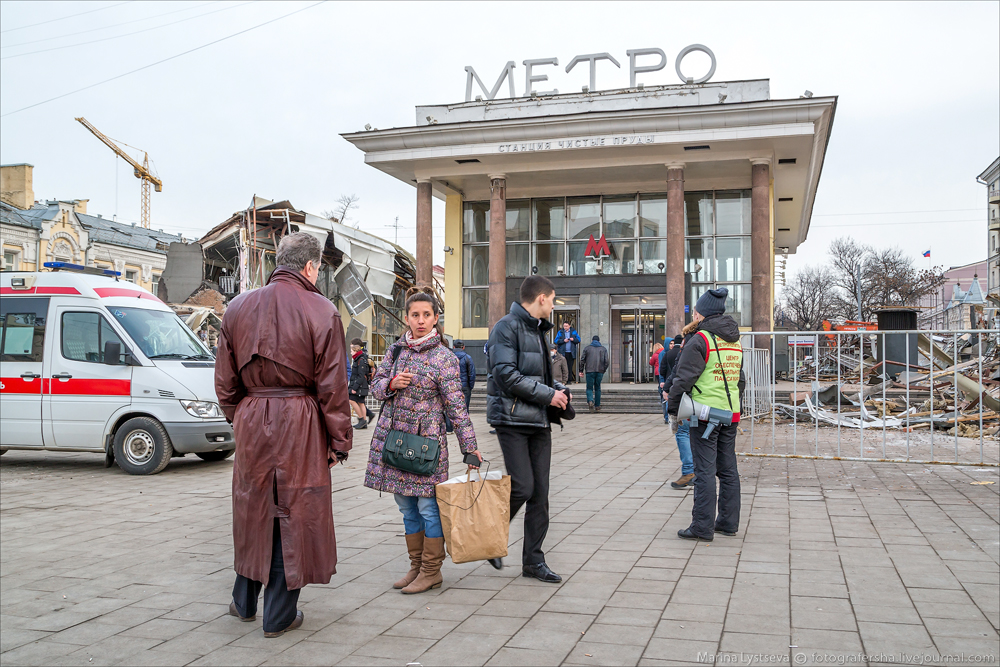 The people don’t worry about the drift, mainly. Some positive exclamations sounds from the crowd. 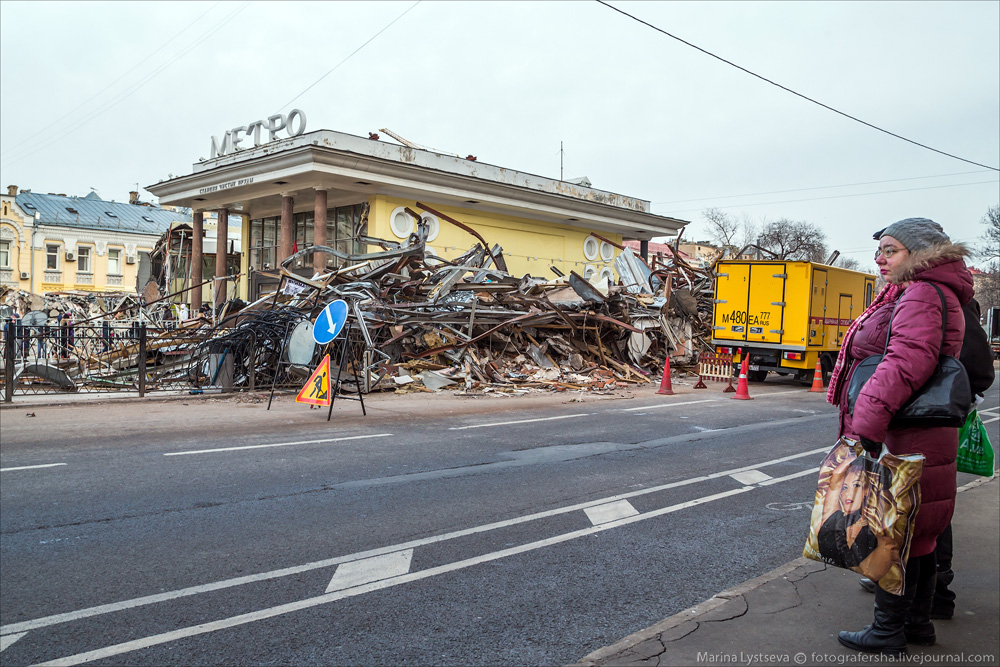 These are the looters, Varlamov is writing about. They appeared at 3 pm looking for some precious metals. 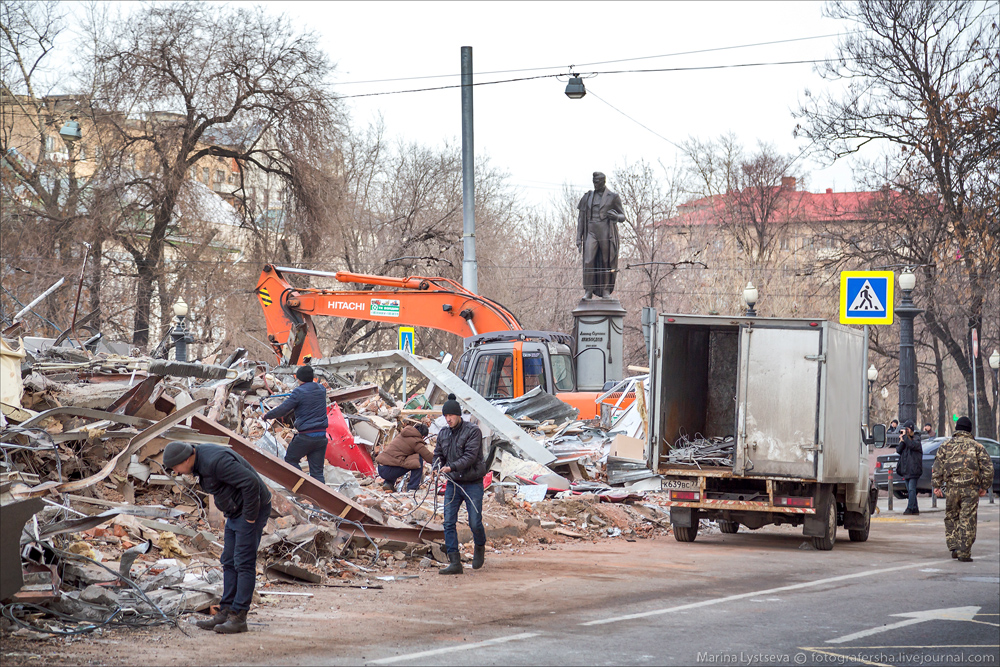 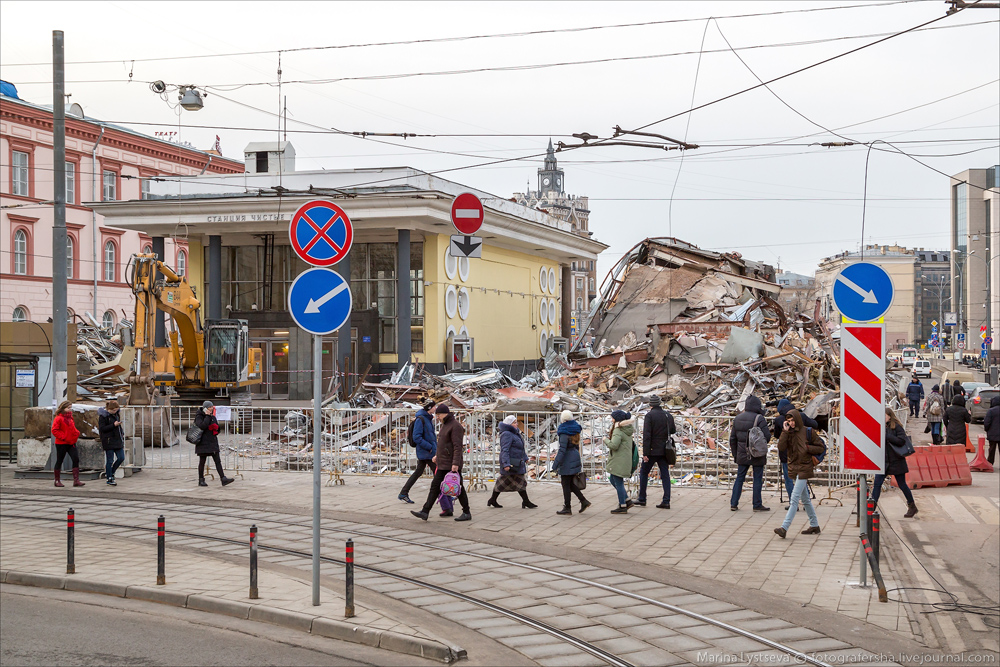 The pavement at “Mayakovskaya” will become wide at last. 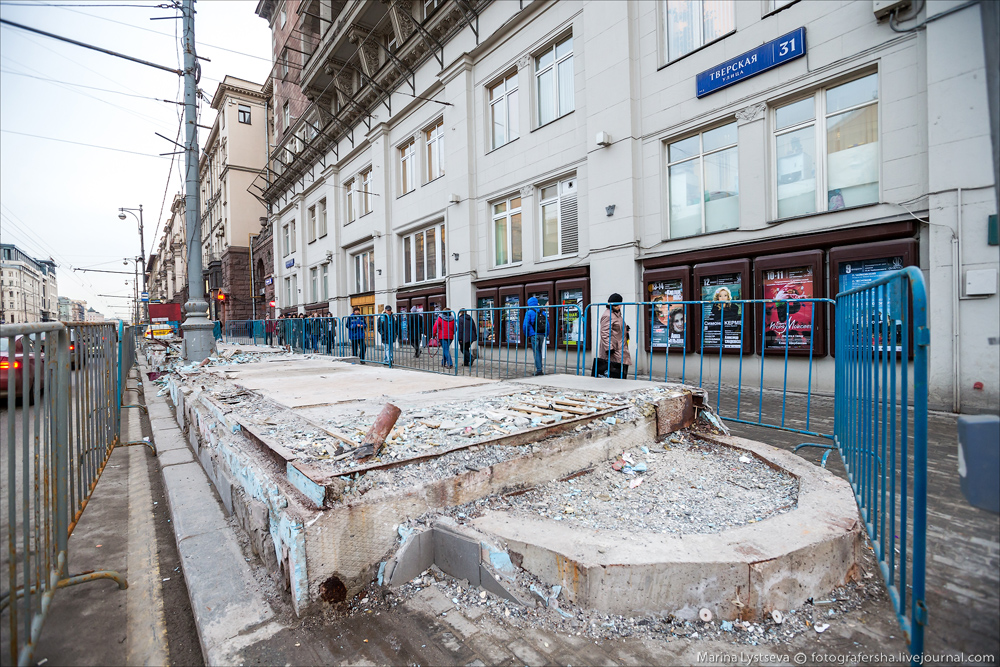 Something is being drifted at “Krasnopresnenskaya”. I can’t actually say if these were pavilions, I don’t remember what was hidden by the trees. 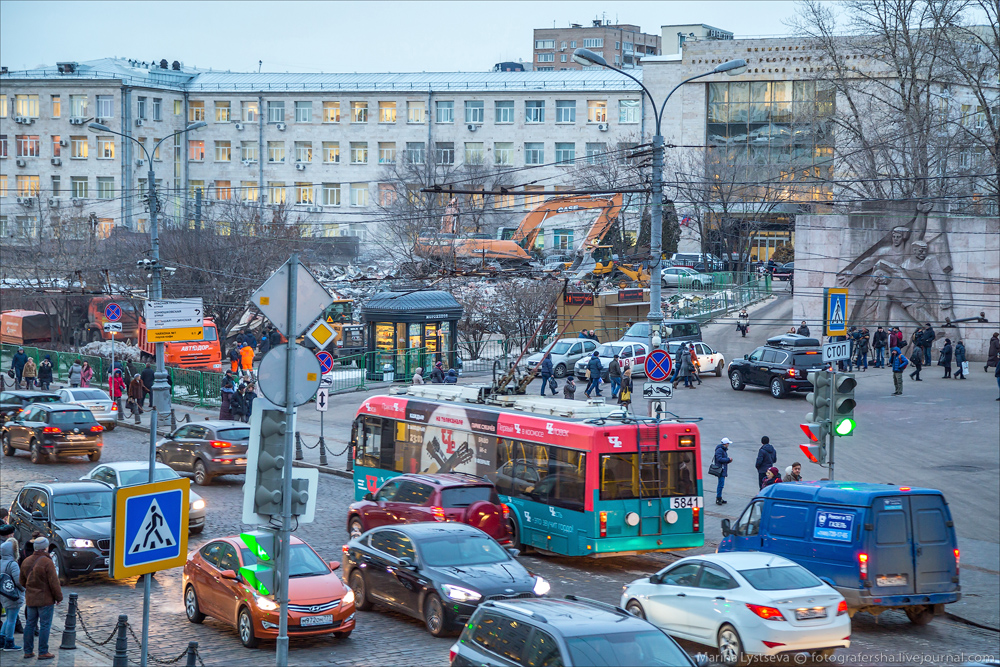 The demolish is being done at full speed at “Barrykadnaya”. 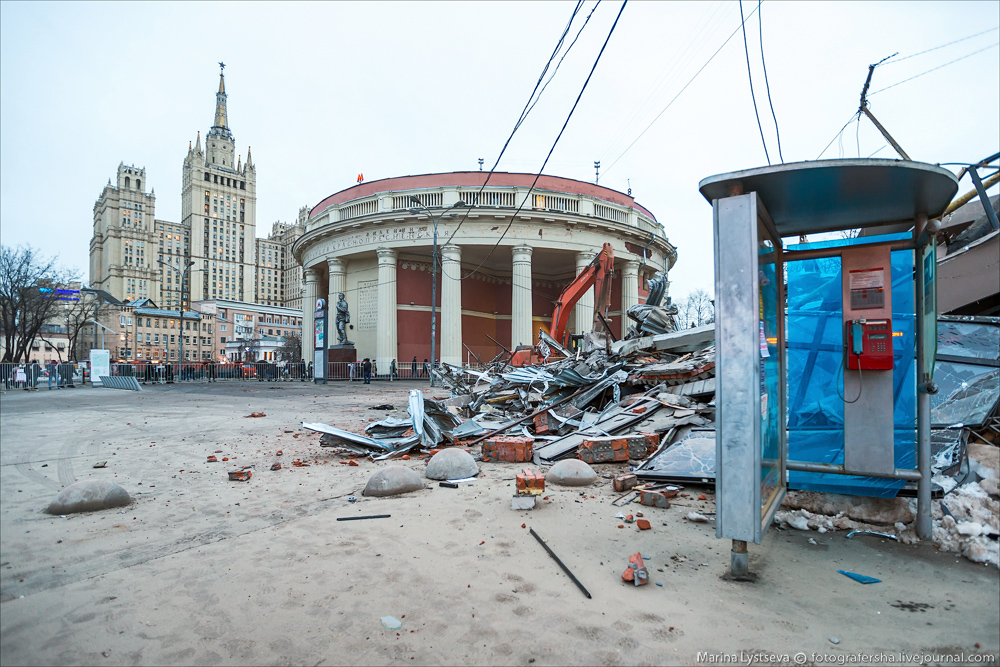 This is the end of this pub. 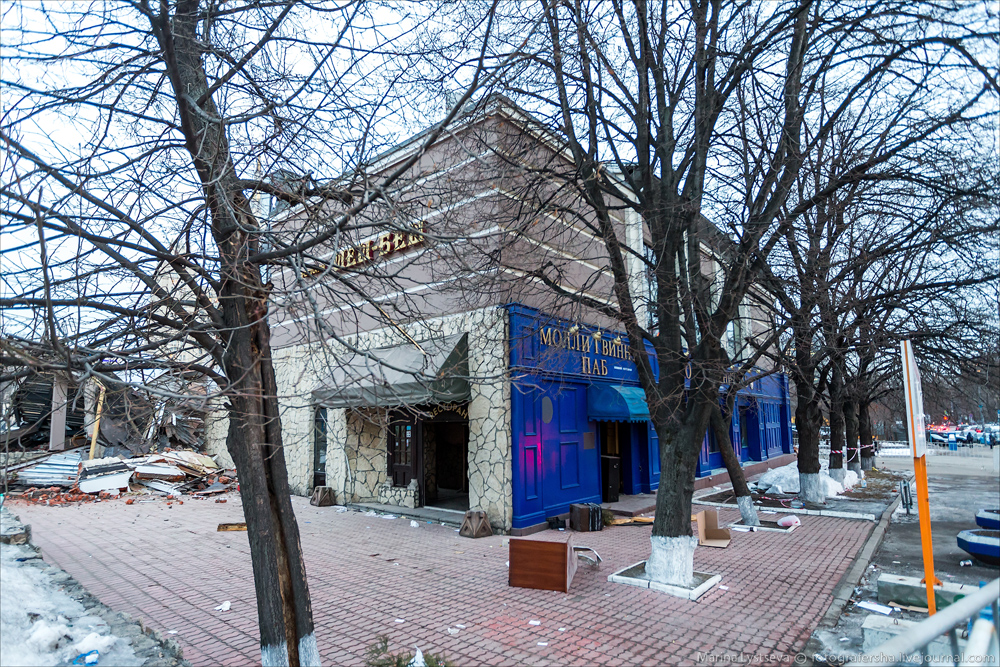 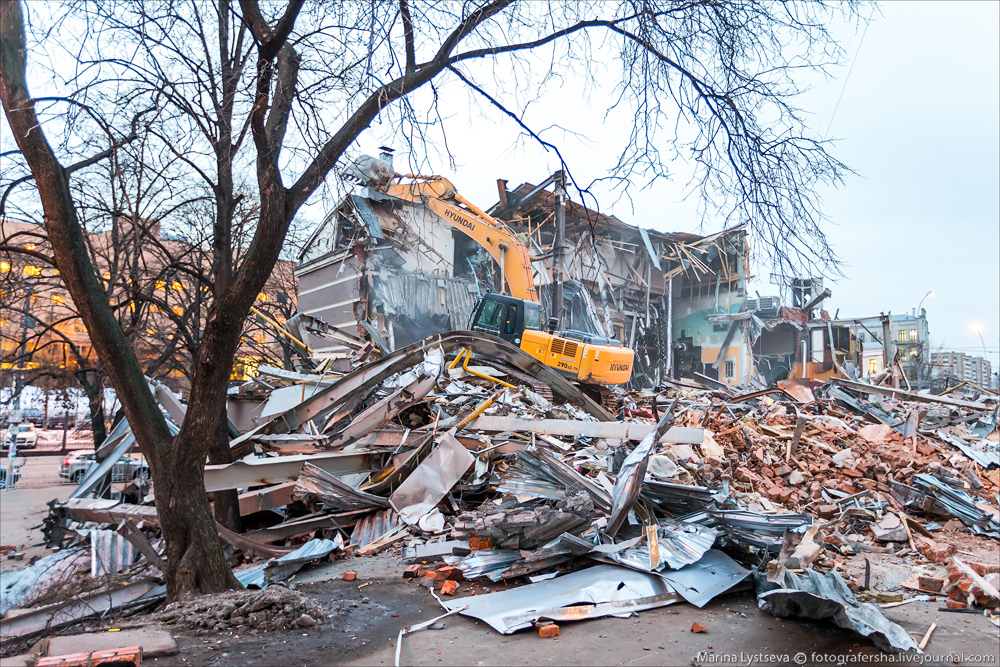 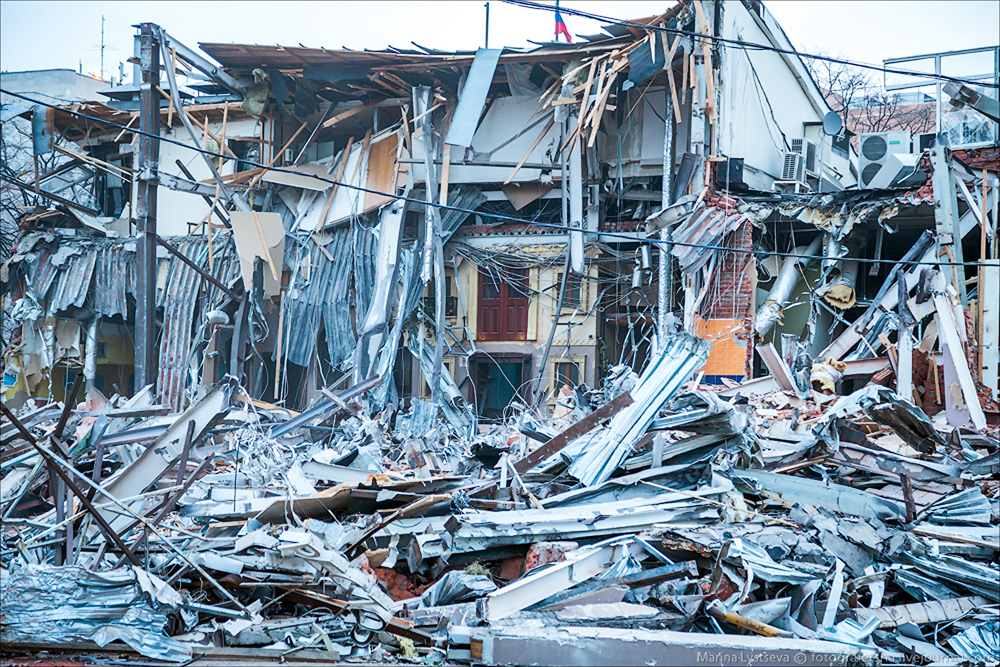 This was a two-storeyed building with some cafes and shops right in front of the zoo. 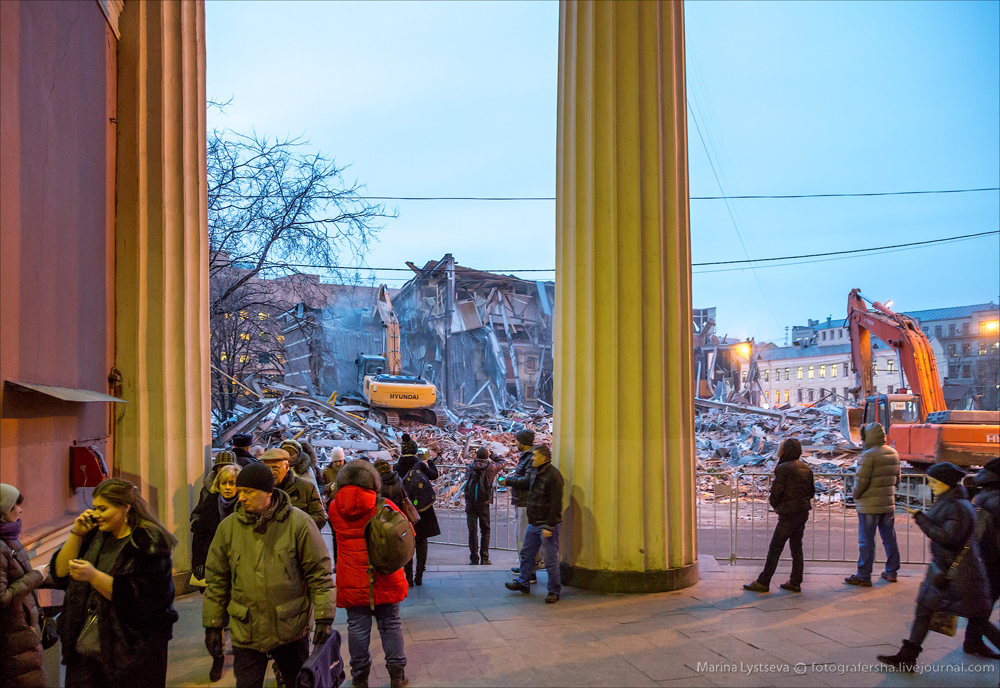 Everyone stops to take a photo. 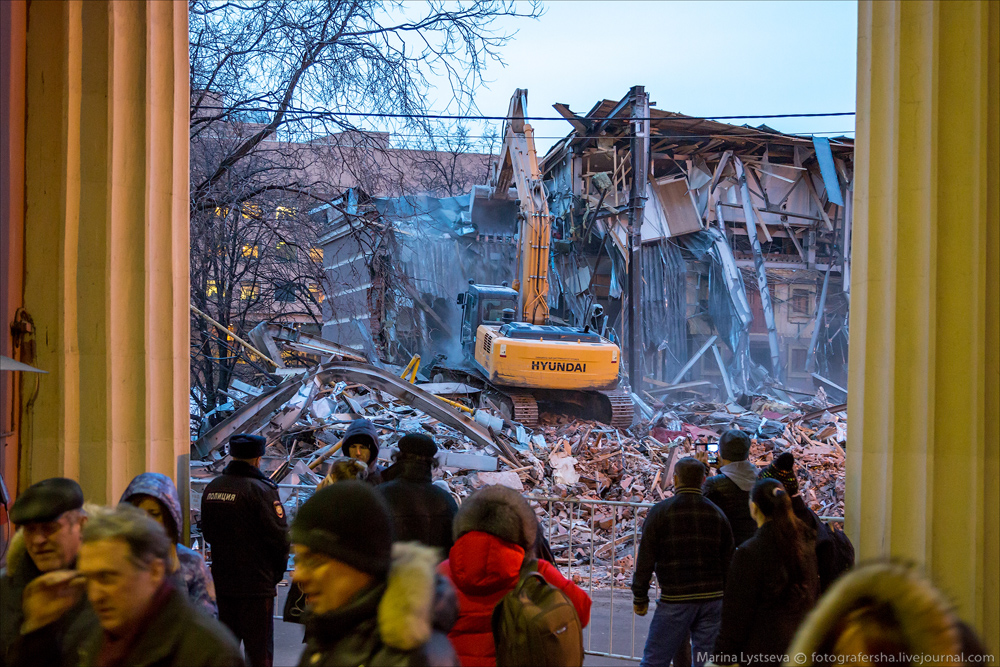 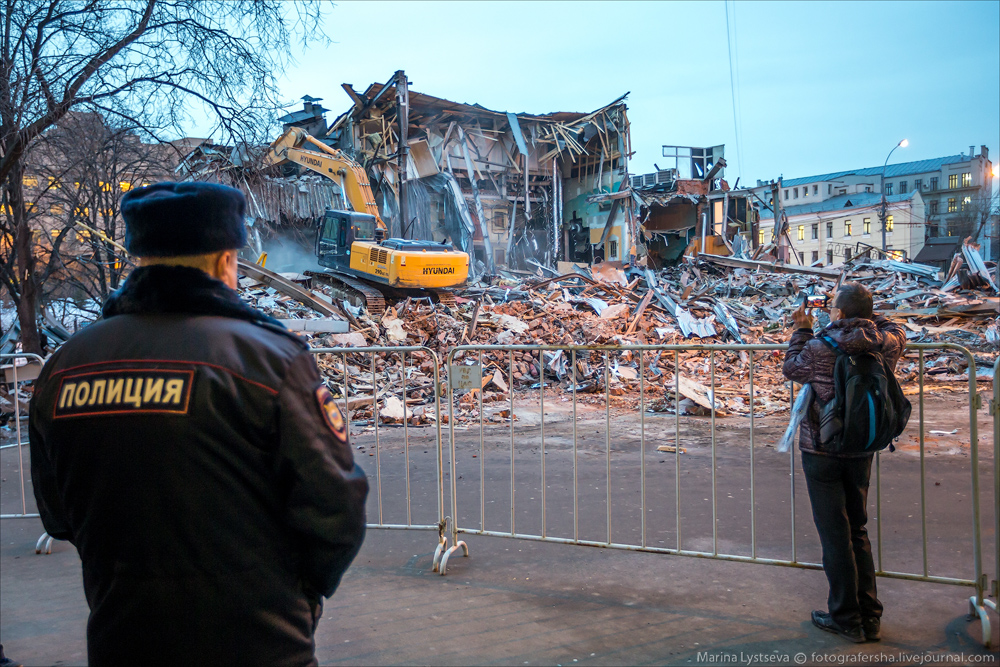 This thing is still staying at “Tverskaya” station, near the very heart of the city. The demolition is said to be planned on 24th of February. 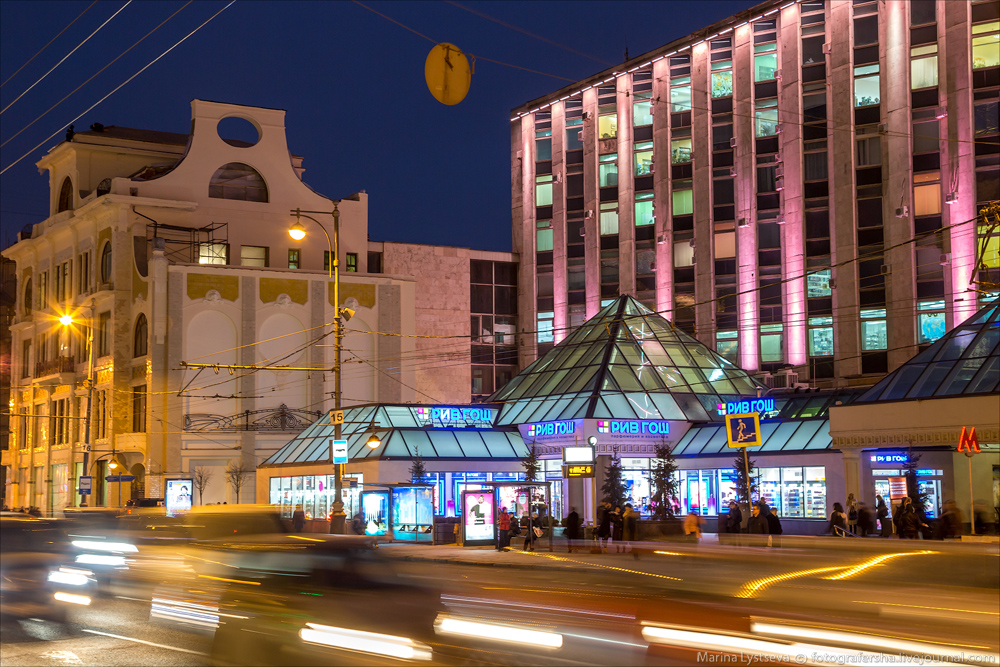 What do you think about it?

Source (text and pictures): Marina Lystseva (fotografersha)
I would be glad if you share

Published in horror and reconstruction