“Serp I Molot” plant will be replaced by a garden city?

When I’ve come to Entuziastov roadway yesterday, I didn’t realize where I am, at first.

This is how the huge “Serp I Molot” plant territory between the Third Ring Road and “Ploshad Ilyicha” metro station looks like now. 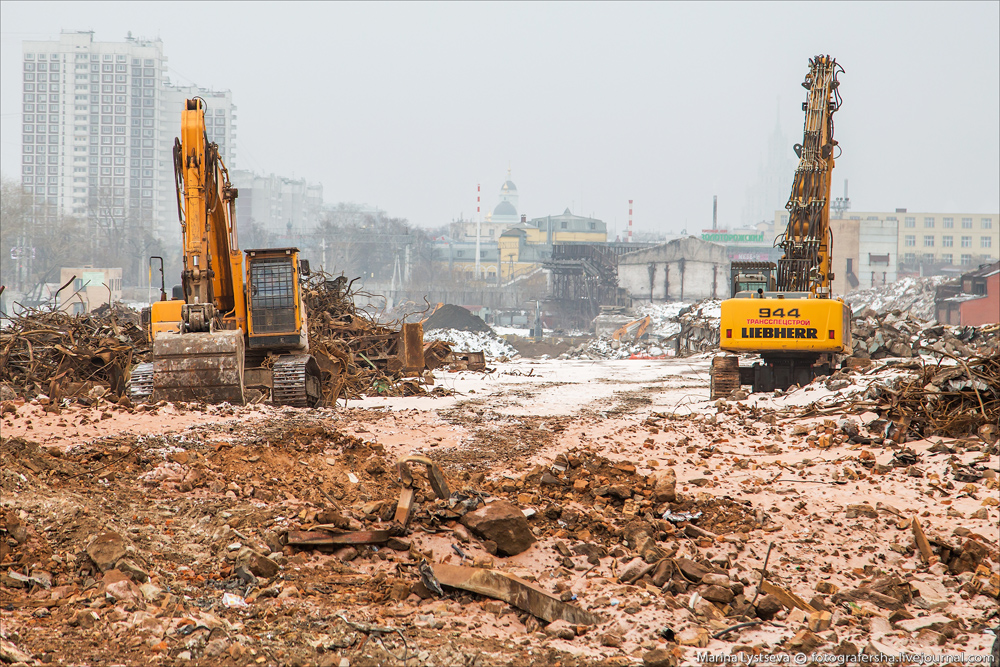 I’ve googled a bit and learned that here, 5 kilometers away from the Kremlin, will be built an apartment block “Symbol”, at the total square of 58 hectares. 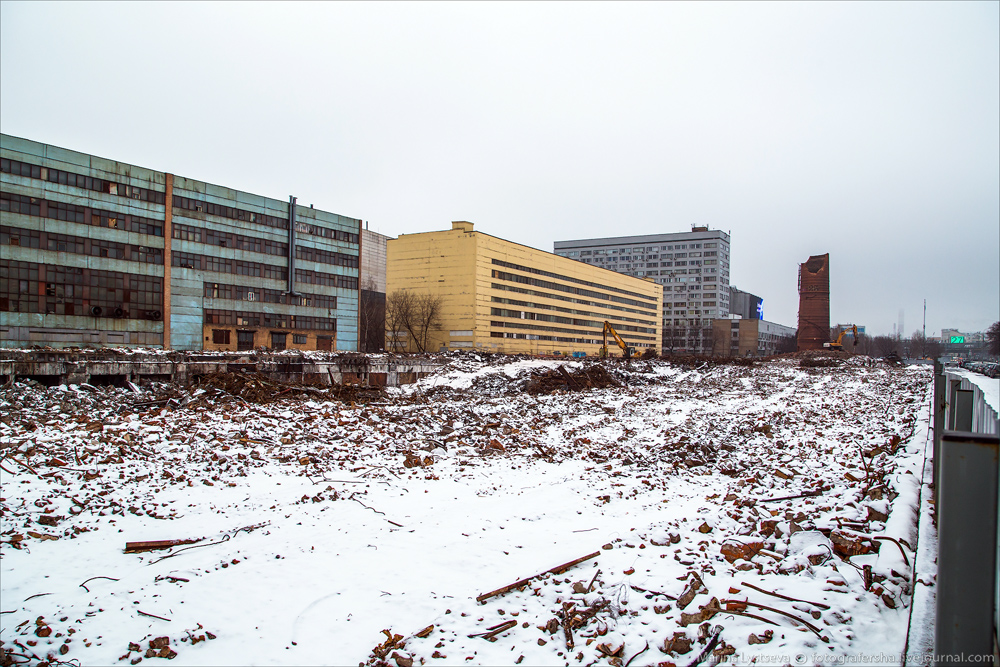 About 1.5 millions of square meters of immovables will be constructed here during 10 years. Construction of the first part will be finished in 2018, all the work is going to be done by 2025-2026.

Some community centers will also be constructed here at about 270 thousand square meters’ square. They will contain science and office facilities, about 8-9 thousand of new jobs will be created. 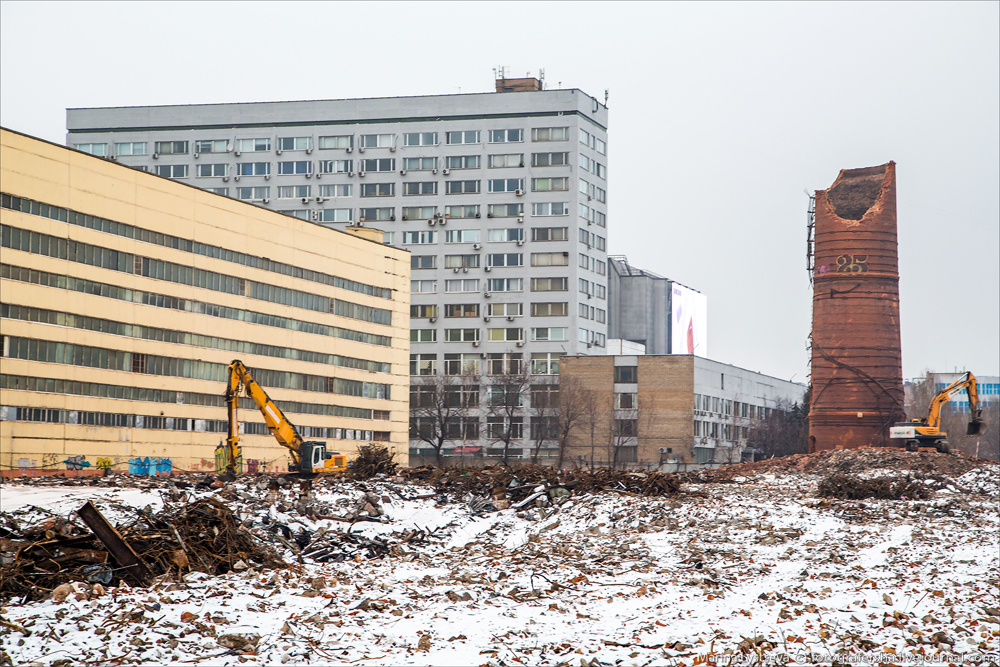 Developer’s representative say that memorials in honour of “Serp I Molot” workers, who had died during the Great Patriotic War, will be saved. Does anybody know, where these memorials are? 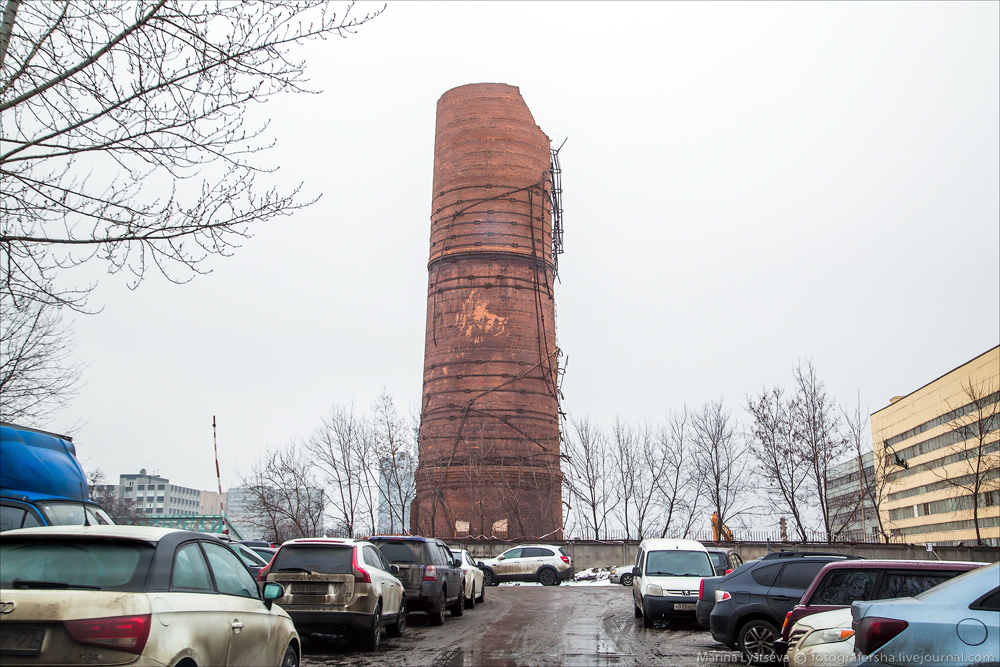 There is a label at the side: “A temporary information billboard. This isn’t an advertisement”. 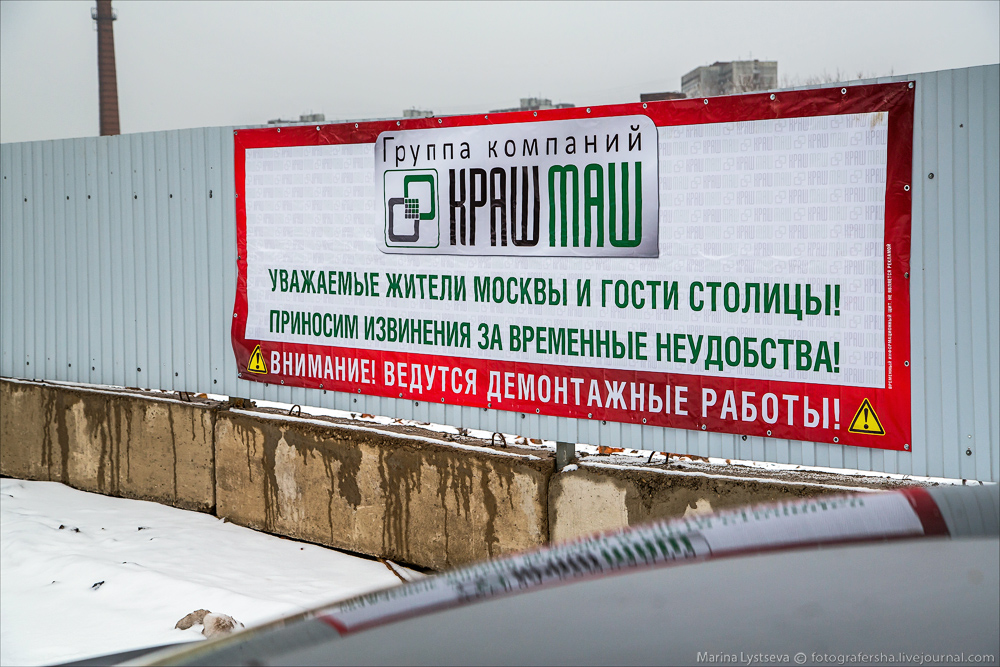 Unusual picture. Actually, the center of the city is not the proper place for plants. 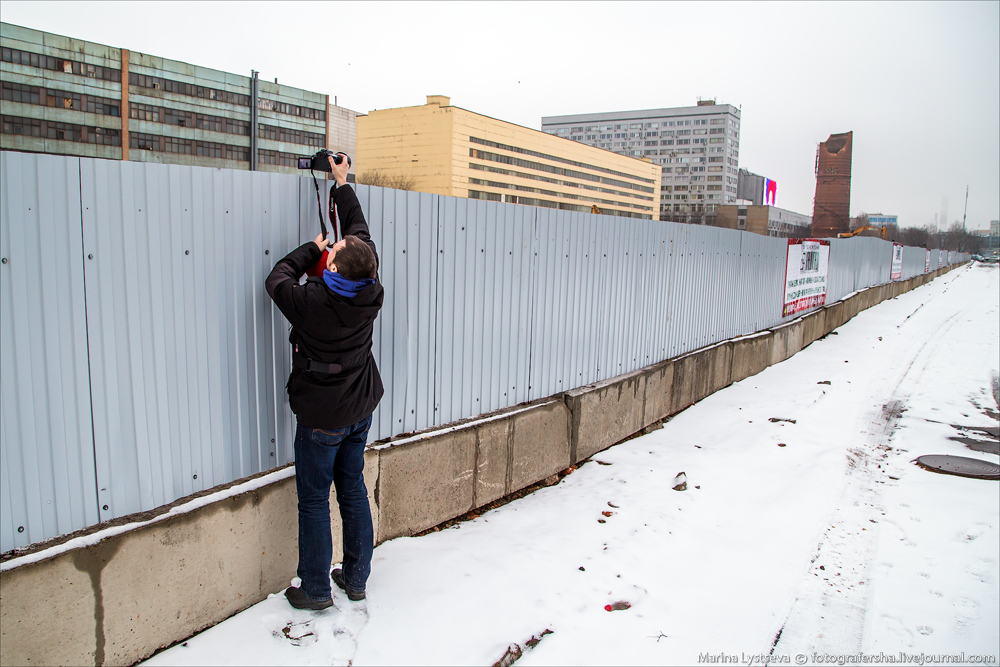 Now it’s time to take some fresh photos for comparing “before and after”.

Source (text and pictures): Marina Lystseva (fotografersha)
I would be glad if you share