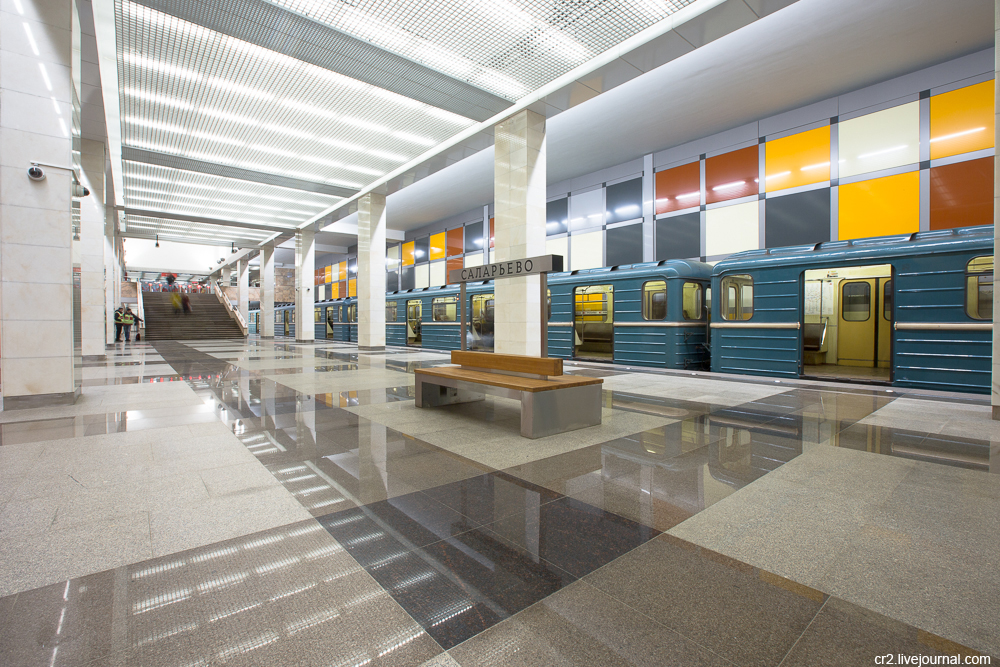 1. Anniversary station opened at the first, “Red” line of Moscow metro. It is located outside Moscow Ring Road, at New Moscow, between Kievskoe highway and the village that has given the station its name, practically, among the field.

I liked the ground halls. 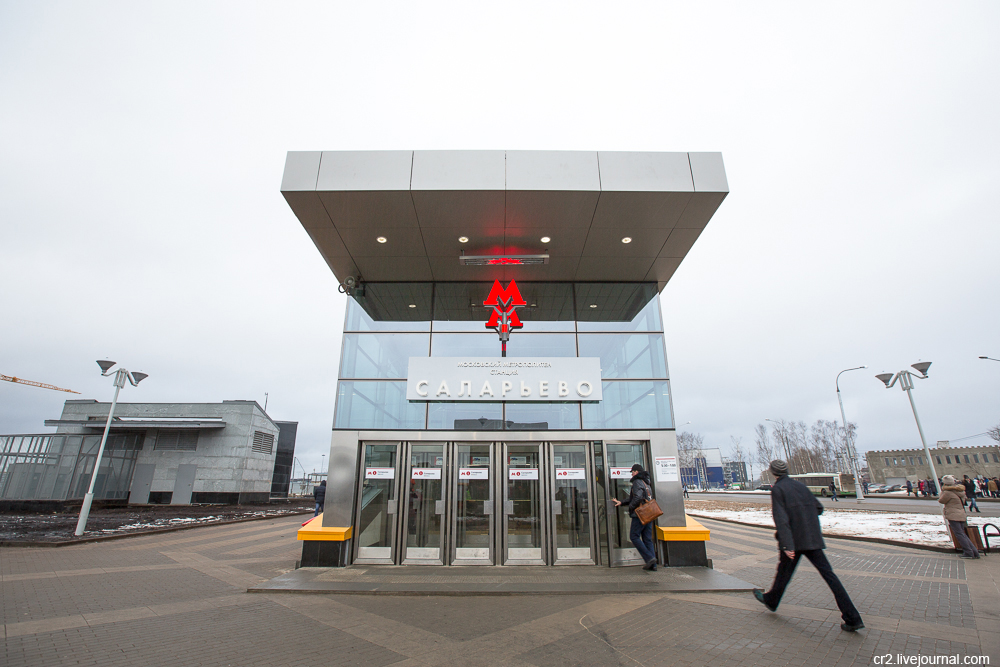 2. Good news: the “M” emblems won’t have different colors. They, actually, weren’t going to, the journalists just didn’t get the information correctly. There will be a “bangle”, of the color, corresponding to the line color, under the letter. It’s red here, at Salaryevo, because Sokolnicheskaya line is red. Well, that’s not bad, but I think that not all the colors will be seen well at the city. 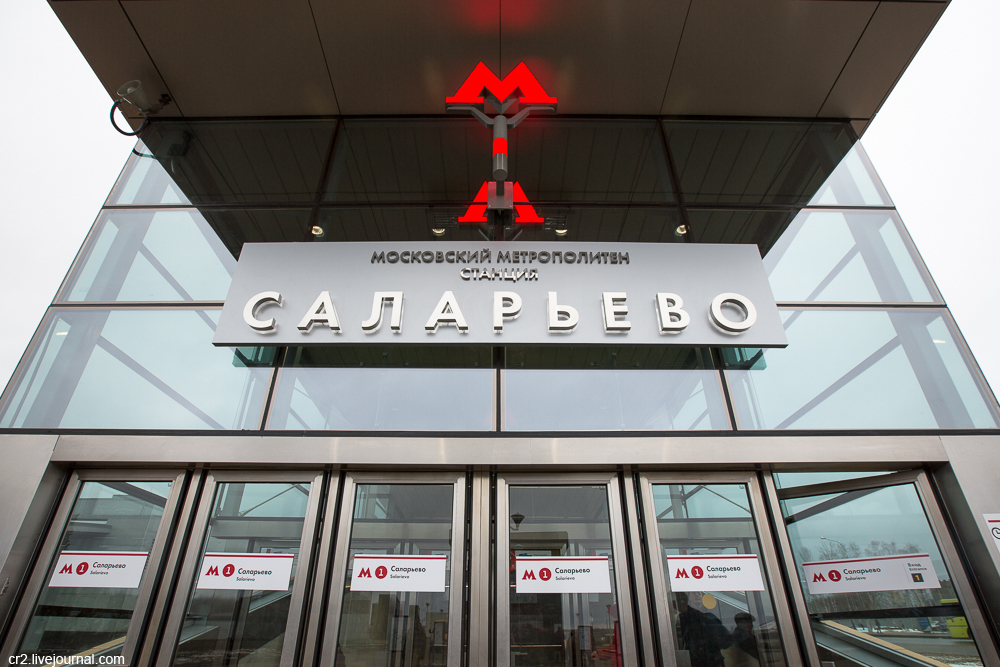 3. Exit is left, entrance is right. Don’t remember any other station with such layout. I should get used to it for not to be confused. If I understood correctly, entrance and exit are placed so close for the convenience of the future big transport node.

There is a huge hill, behind me, looking like a landfill. It that true? If that’s so, is something planned to be done with it? 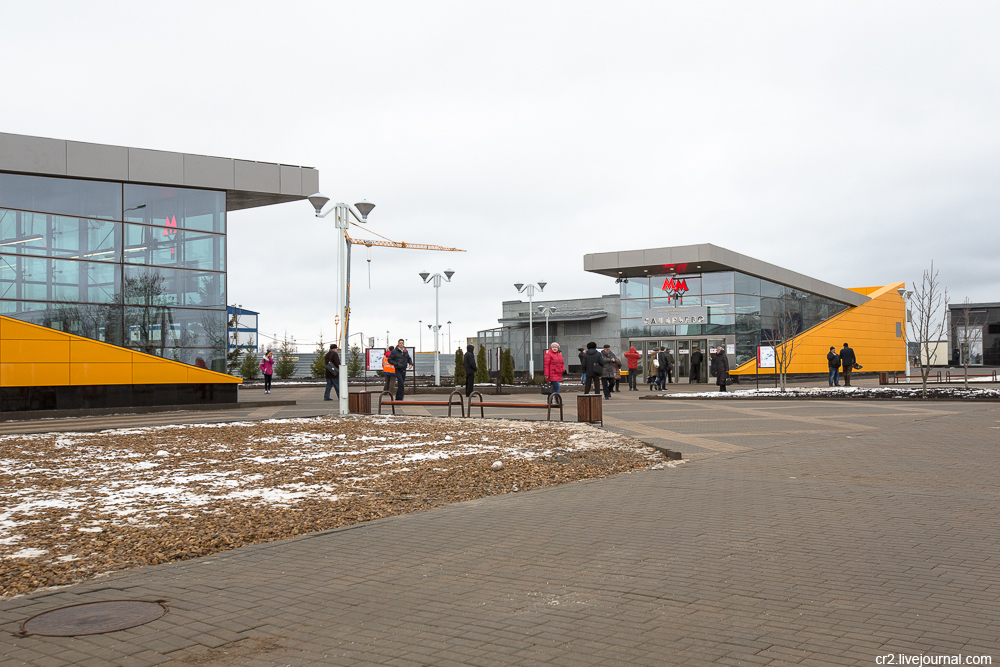 4. The buses are going from the metro station to New Moscow now. It’s said that a car parking will be built nearby. 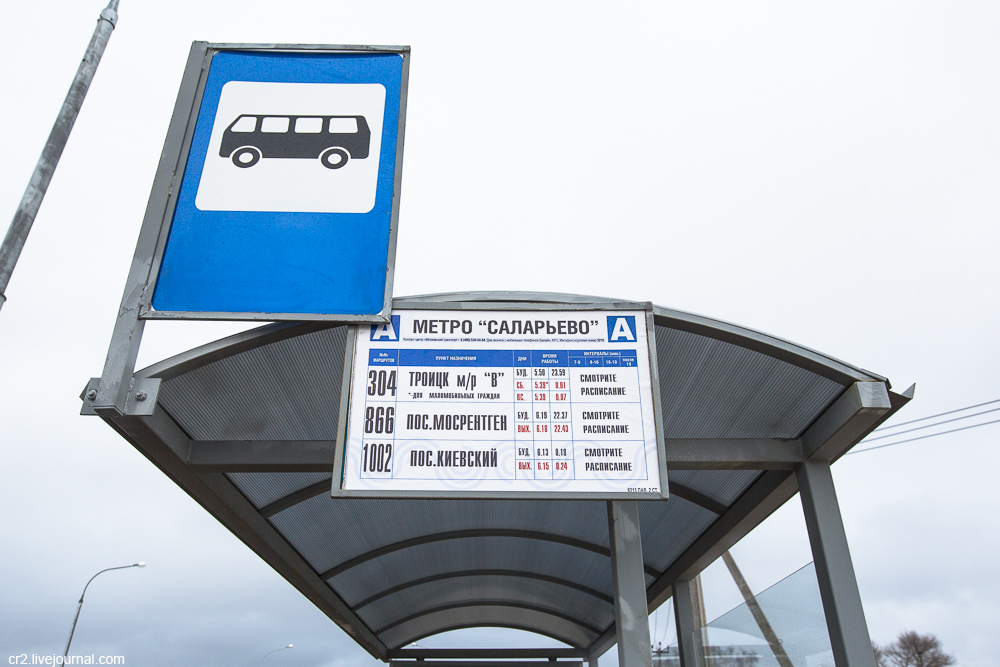 5. A lift for disabled people. This is the first time I see a name of the station at the lift. Forgot to check if it’s working. As I remember, once was a station (“Novokosino”, if I’m not mistaken) with a lift that didn’t work at the opening. 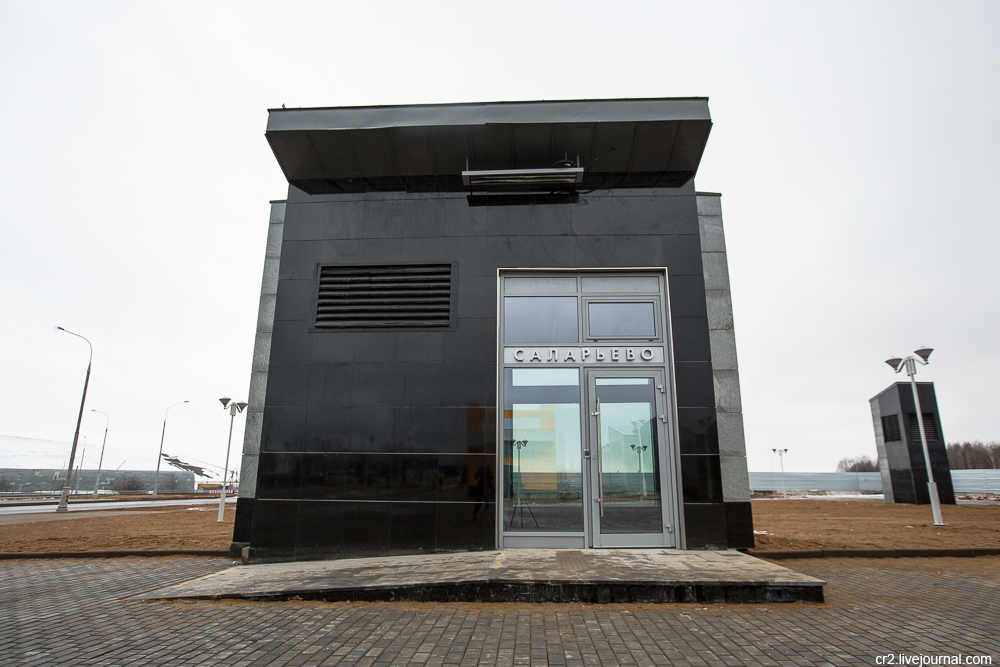 6. On hall is working only as an exit, the other one – only as exit. Let’s go downstairs. The way down contains three parts: stairs, escalator and the stairs to the station. 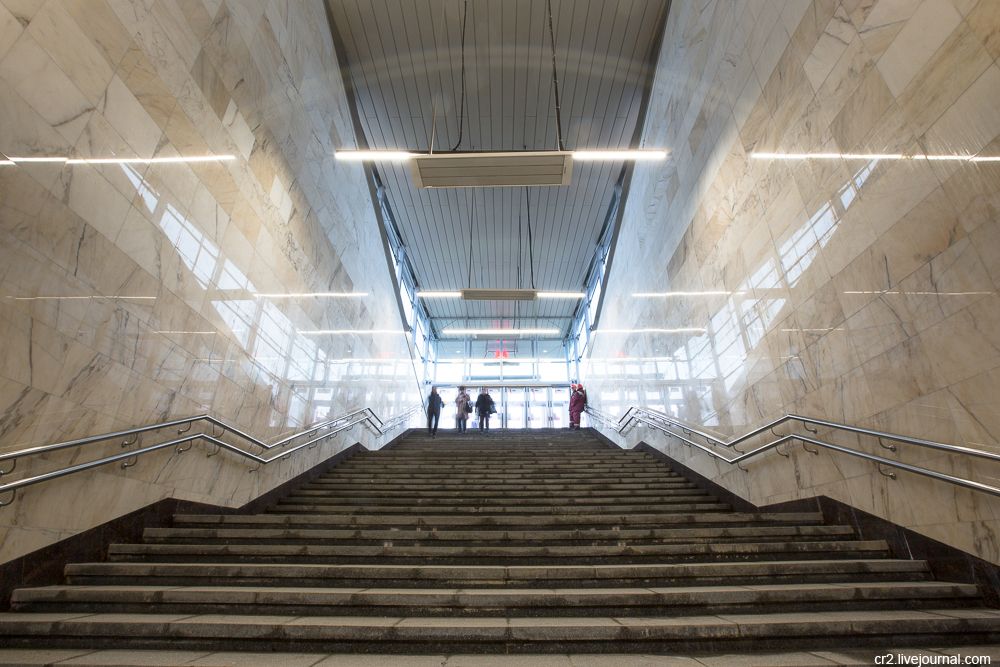 7. After the first part you can see some pictures of metro history. But you can’t come closer to look at them, they are blocked by the fence. Maybe, they are secret? Or not for everyone? Or designers didn’t find a proper place for them? I don’t know, but this is weird. 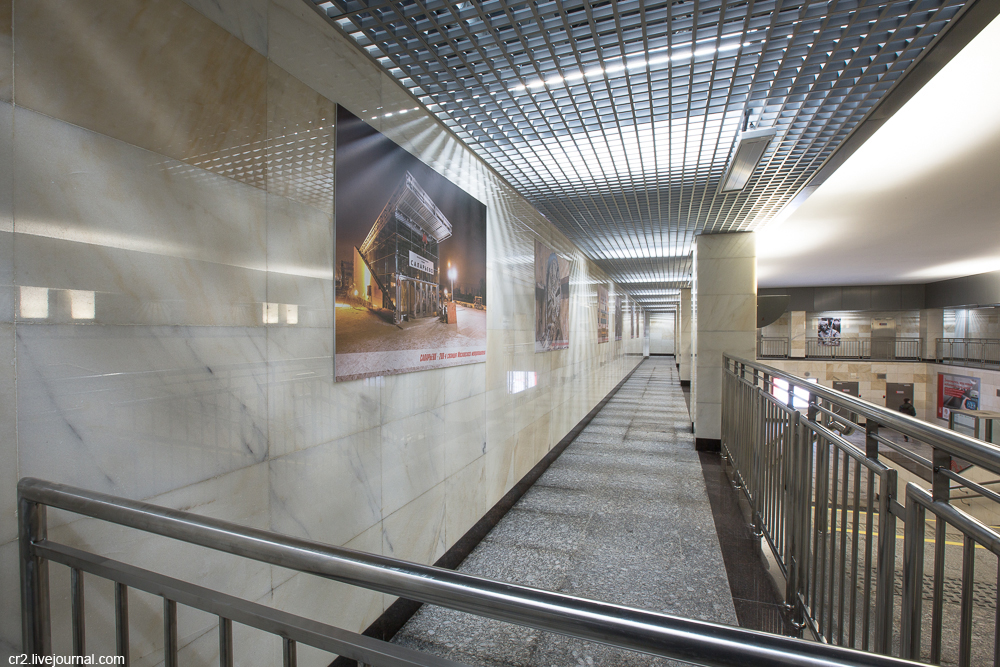 8. I’ve photographed one of them, however. 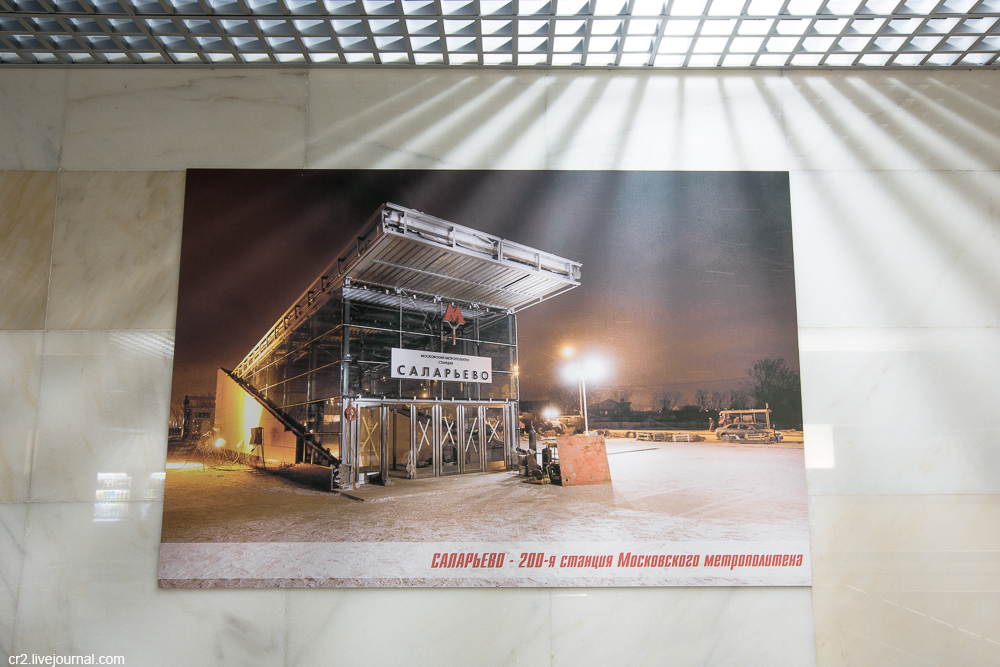 9. Let’s go farther. Escalators don’t work, the only way down is by the stairs. I hope, they’ll start working soon, otherwise it would be quite hard for old people to get to the station. Some old ladies were complaining about it: “Didn’t you have enough money for escalators?” 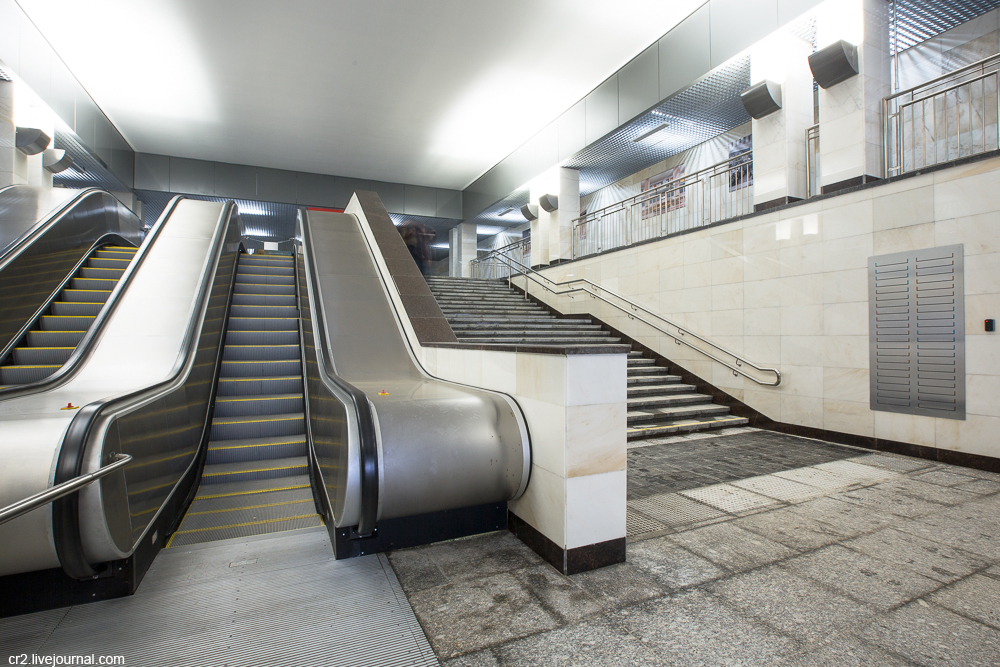 10. If you are 4 meters tall, you can continue viewing the photo gallery. Can you see it up there? 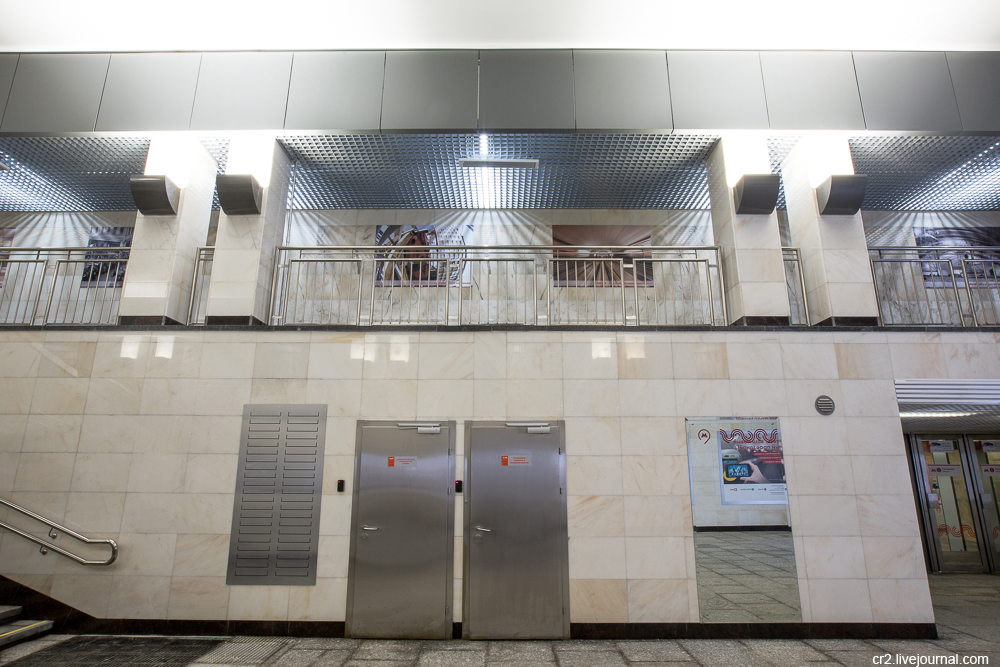 11. There are a lot of ticket machines near the tourniquets. You can also charge your phone for free, of buy some food at the machines there. The lift should be coming here. 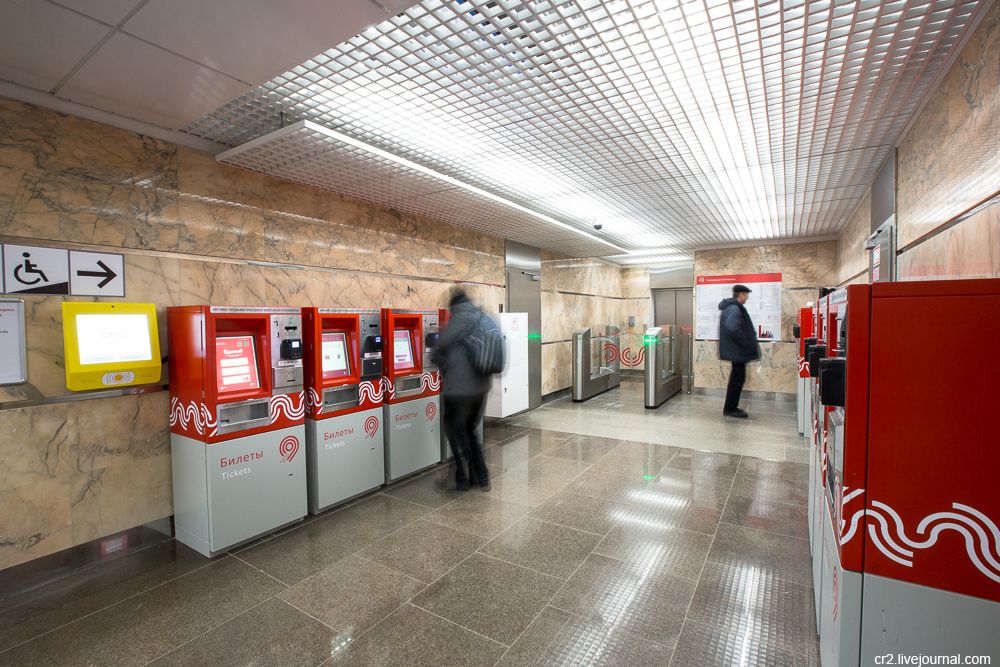 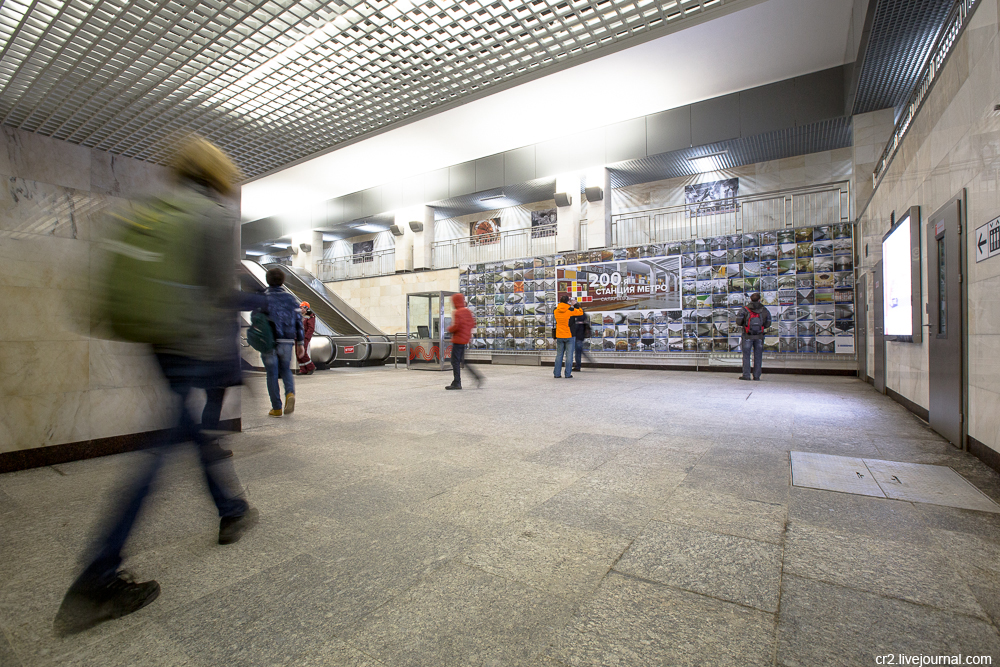 13. Quite an interesting idea. 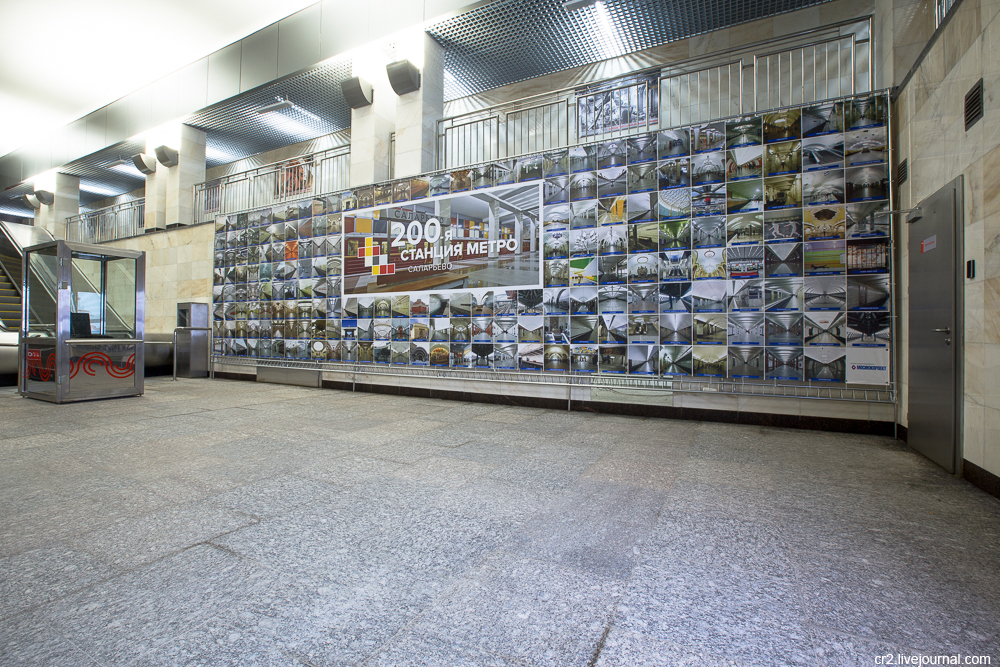 14. But there is a problem: there are some mistakes. It’s not seen at this picture, but there is St. Petersburg’s “Pushkinskaya” station instead of Moscow’s one for some reason. There is no “Proletarskaya” station, and the “Partizanskaya” one is labeled as “Izmaylovskaya”. But, as a whole, the poster is quite good. 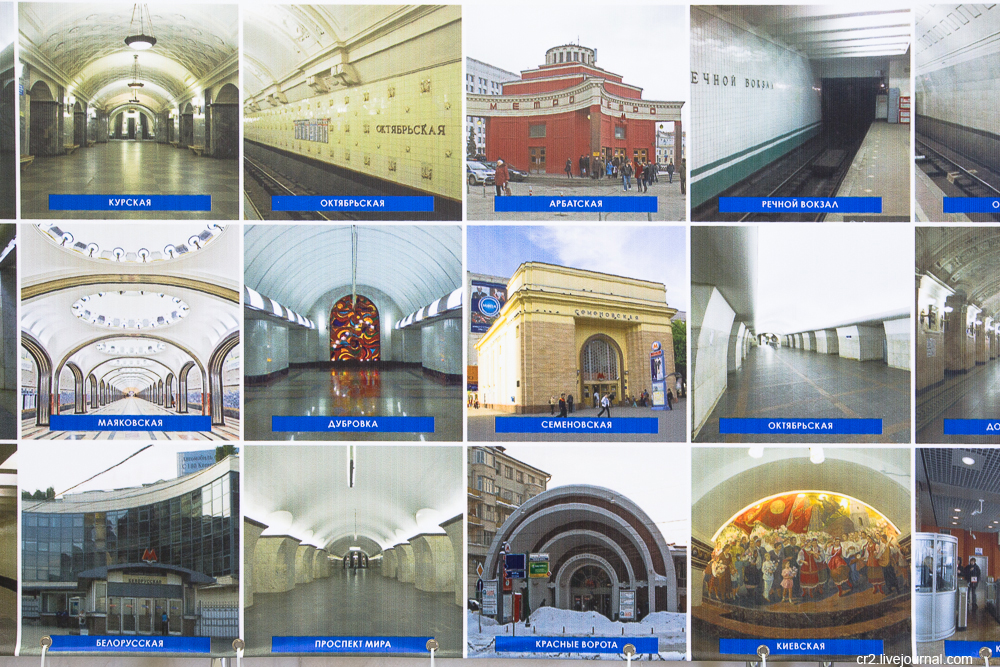 15. The station. It will be receiving passangers on their way from settlements around the Kievskoe highroad to different districts of Moscow.

16. The final stairs and we are at the station. After making all this way it’s hard to believe that the station is shallow. I’ve met some more old people complaining about the absence of escalators here. 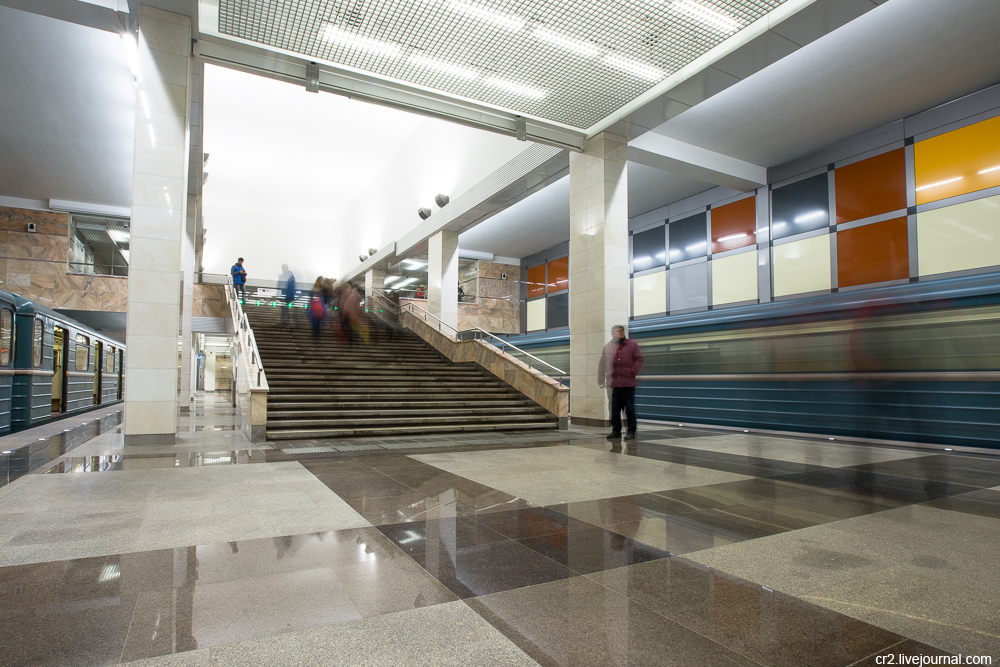 17. The station looks similar to the Soviet “centipedes”, but it’s decorated better, of course. The project was different in the beginning, but was replaced by the current one in 2014.

18. Walls are looking similar to the ones at “Rumyantsevo” station, but the colors there are brighter and, maybe, even a bit aggressive. “Salaryevo” looks more neutral. 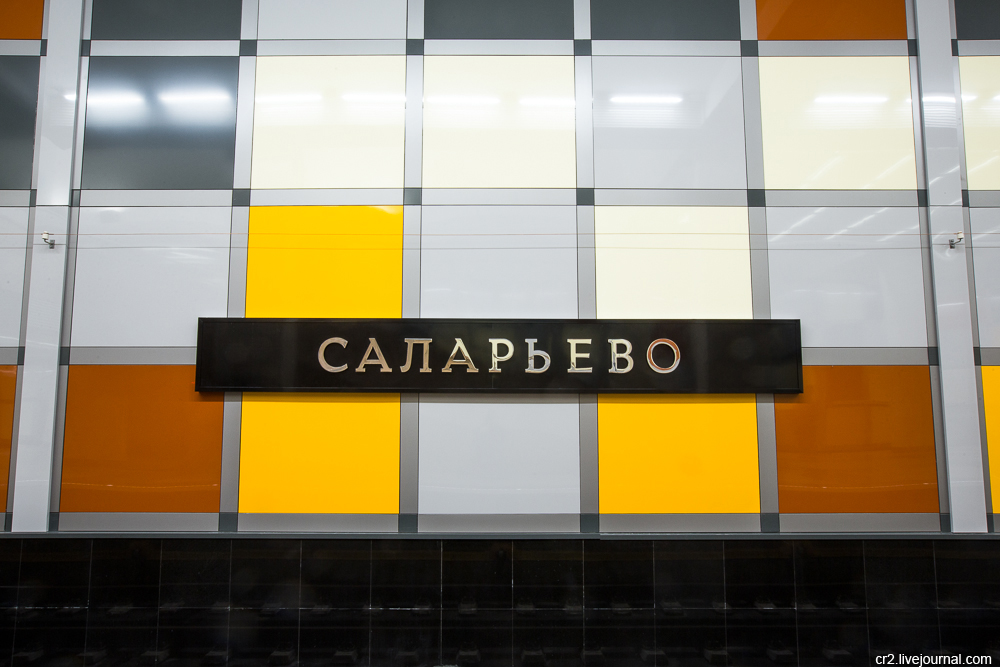 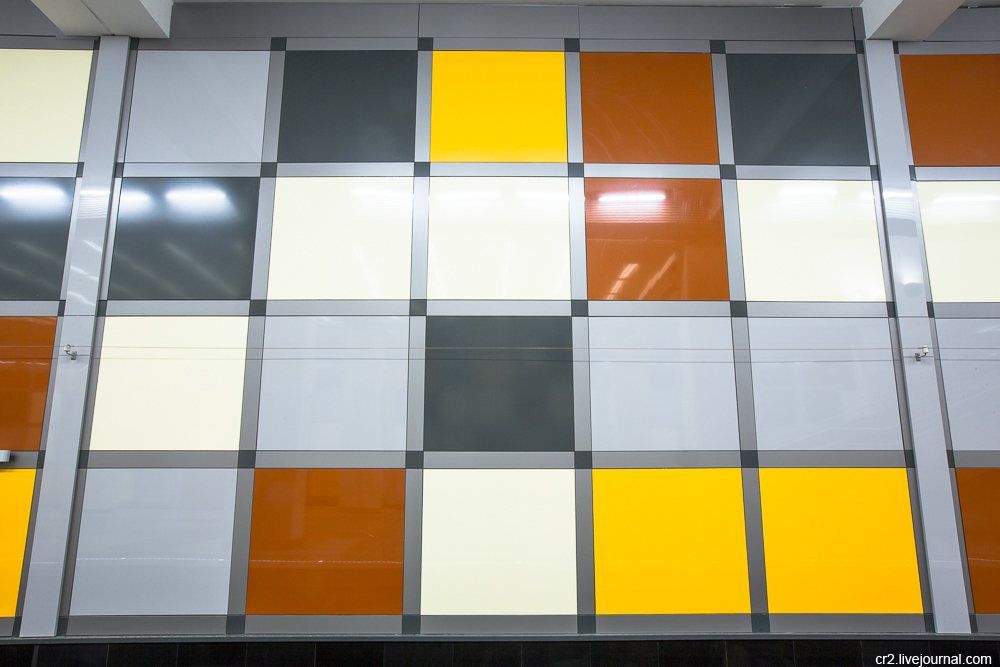 20. The station was built recordly fast. The construction has been started in 2013.

21. As I’ve said, the station is named after a nearby village. The village itself was named after its owners: Mikhail and Dementy Salaryev, merchants from Crimea city Sudak. They’ve accompanied Dmitry Donksy to Kulikovo field. The merchants were known to be good guides and translators of that time. It seems like this area was granted to them for their work.

22. As at “Rumyantsevo”, the name is labeled at benches.

23. The benches are already spoiled by some Max. Shame on you, Max! 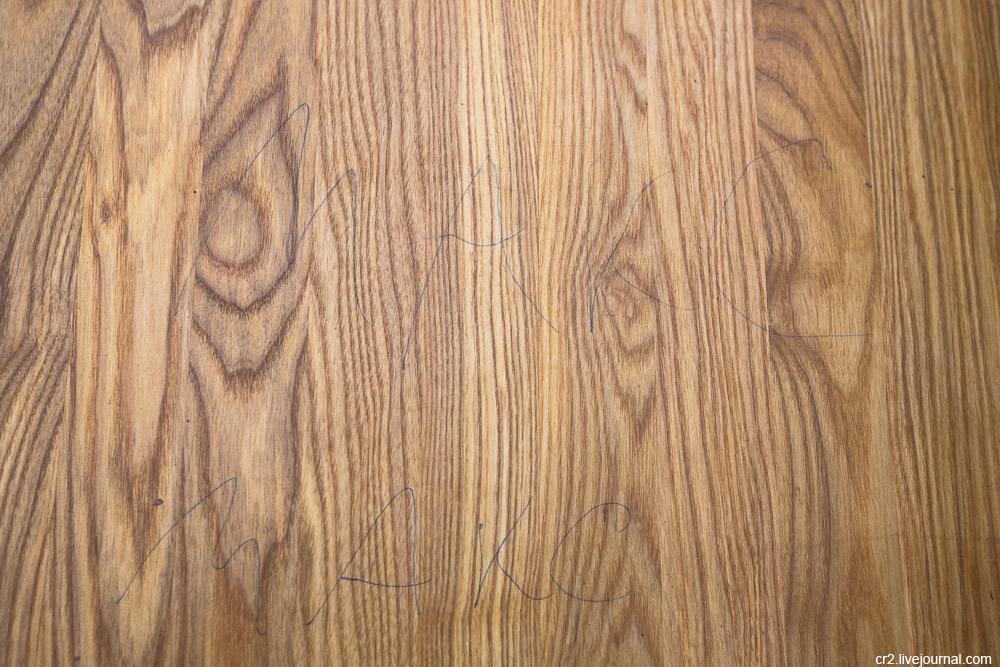 24. The exit pointer is a bit hard to notice, as for me. However, some guys on duty are directing people. 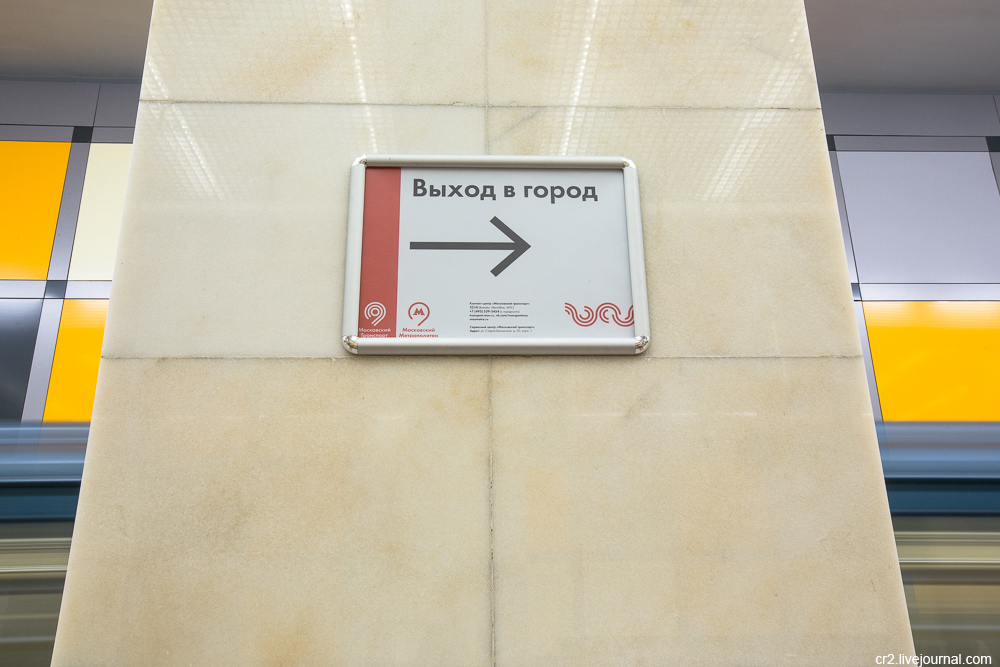 25. These people were decorating the station 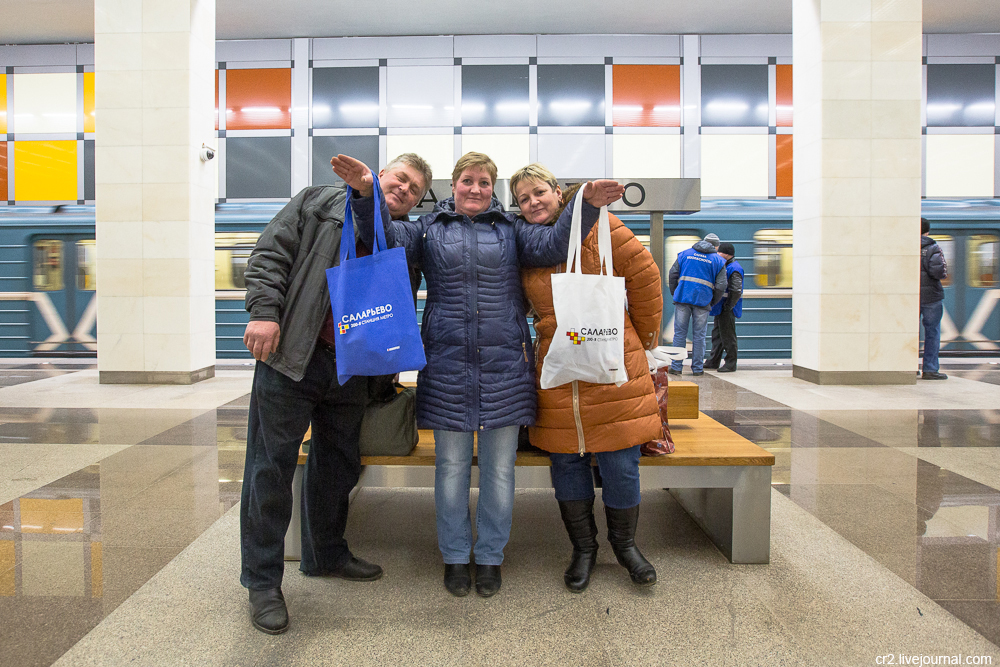 26. A young passanger. That’s how I could have been looking in 1991 at “Dmitrovskaya” opening

It’s planned that 70 thousands of people will be getting through this station every day. 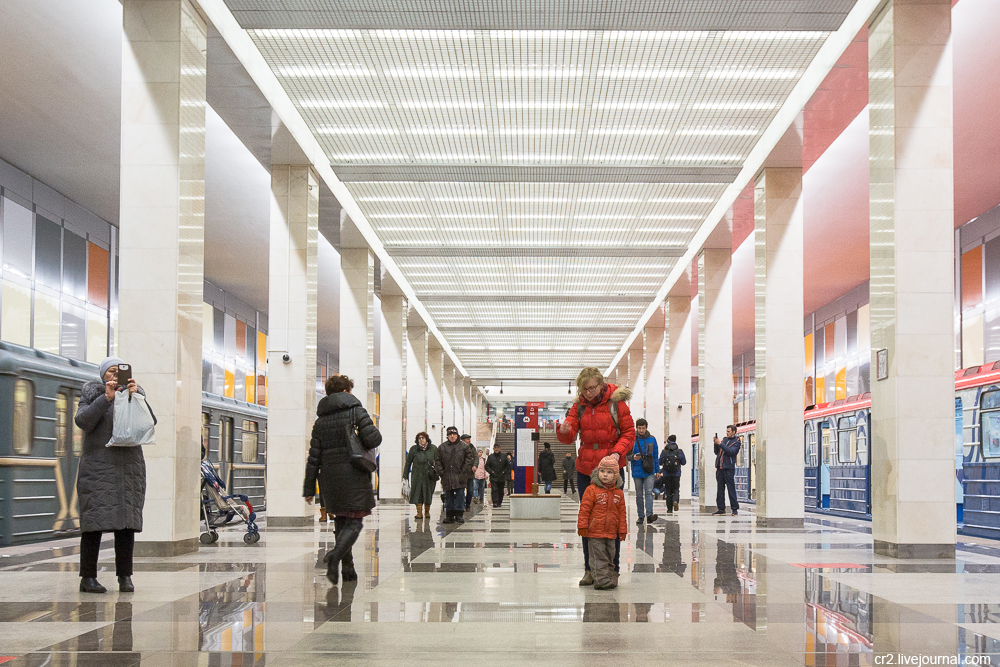 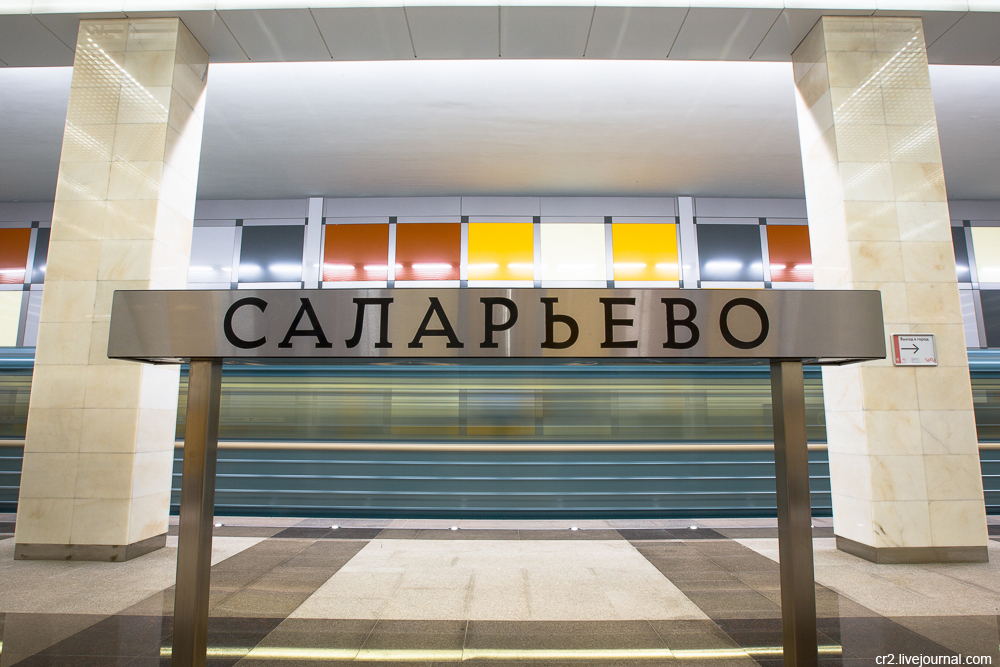 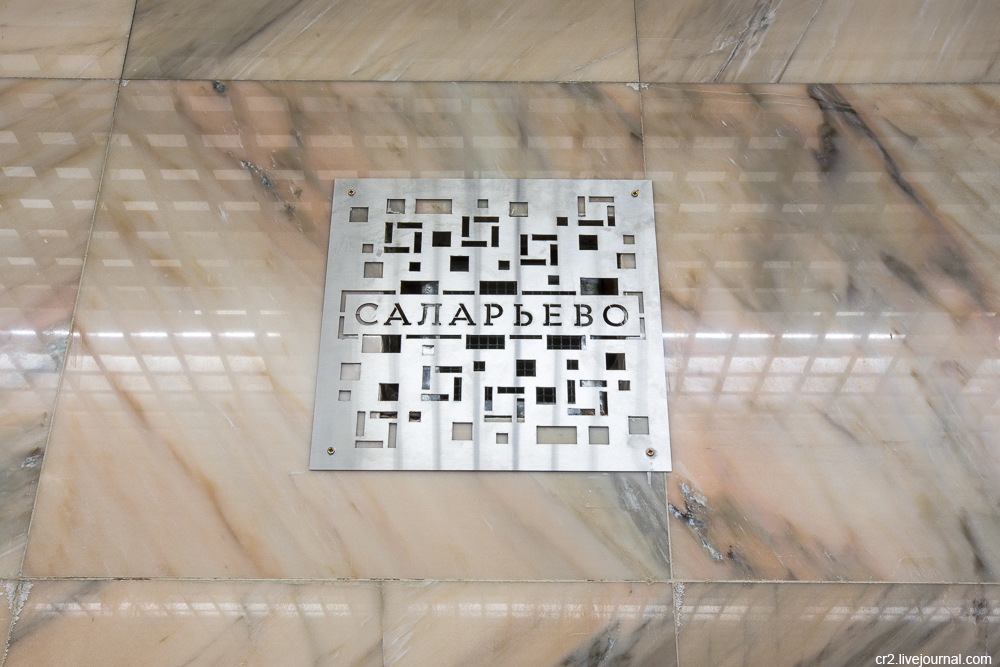 29. One more fact from the station building history: the left tunnel to the “Rumyantsevo” station was dug recordly fast. It was started 1st of June 2014 and finished 1st of October. First tunnel was built at February 2015 (the building started at April 2014). 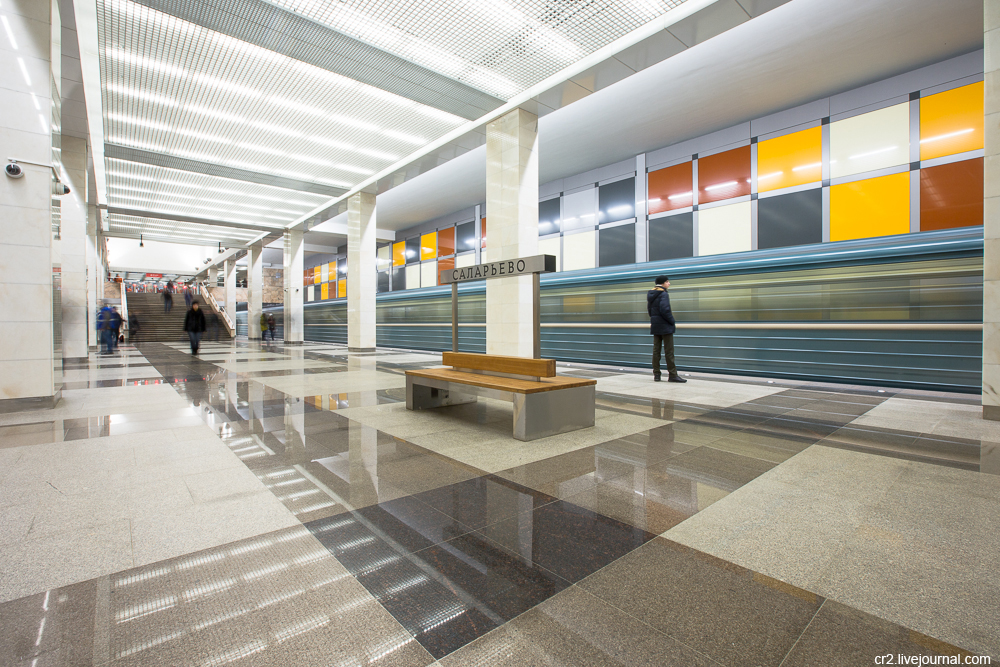 30. Let’s finish with the “Red arrow” (a legendary train, plying at the Red line). 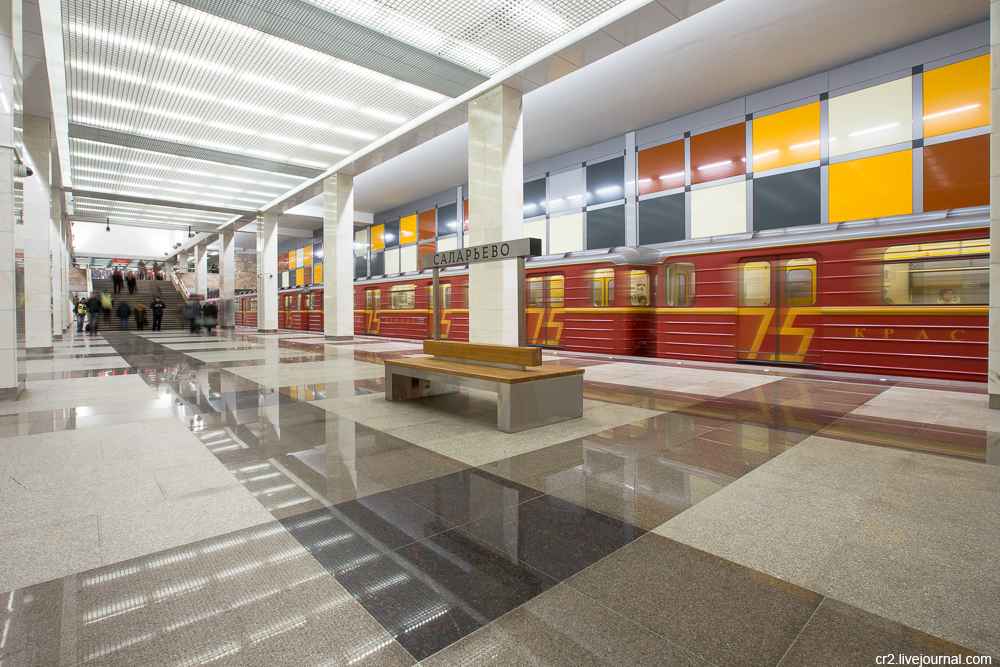 You can pay for a passage by PayPass or PayWave. All you need is to place your card against the tourniquet.