A part of the blue line from “Kievskaya” to “Kurskaya” was closed today. Three station were not operating: “Ploshad Revolutsii”, “Arbatskaya” and “Smolenskaya”, due to the total repair of the rails.

1. Not only the rails were being repaired: everything was cleaned and scrubbed. 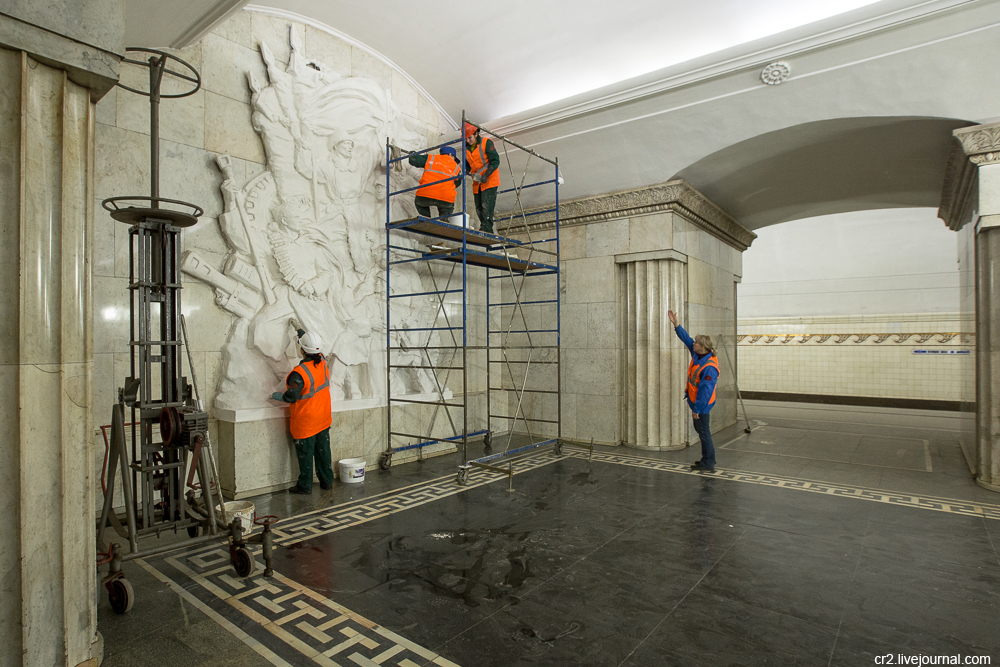 2. A bas-relief to the defenders of the Motherland. 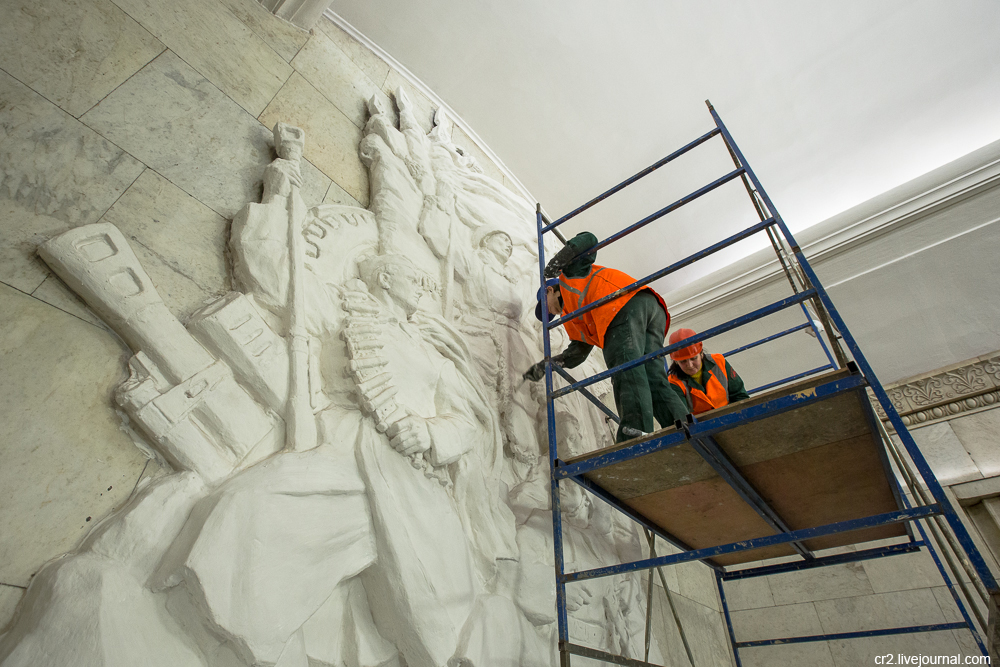 3. About 900 employees of different metro services participated the overhaul. 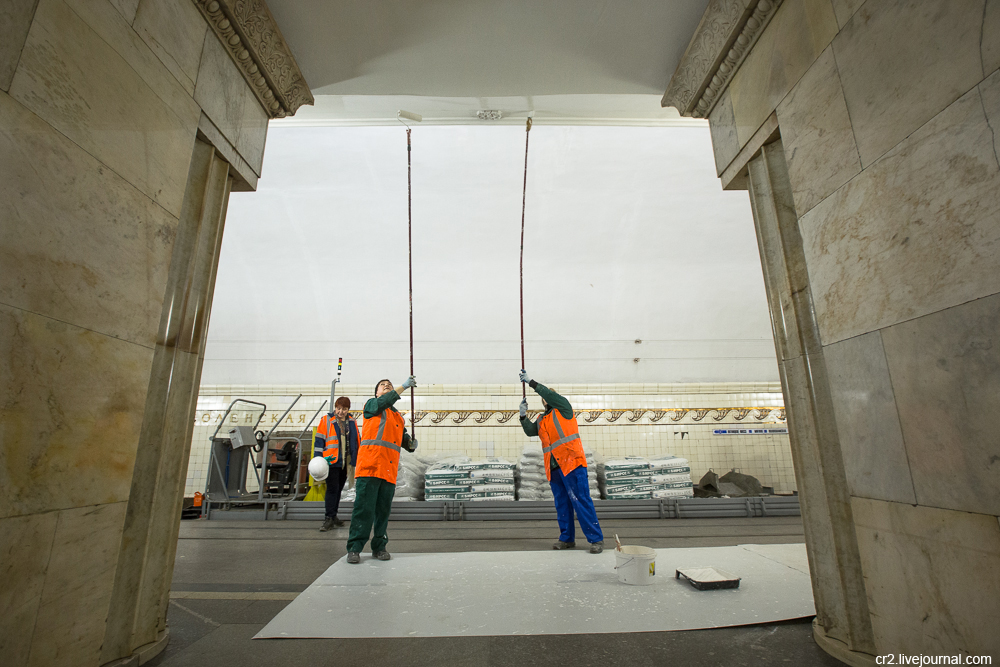 4. Such works, one or a few days long, are very effective and extensive, because there is a possibility of involving specialists. This may be uncomfortable for all the passengers, but there are a lot of lines and bypass paths in Moscow metro, especially in the center. I do understand the necessity of such closings. The infrastructure updating works are needed, they are the question of safety.

And besides, such works are usually done at weekends, when the passenger traffic is not high. 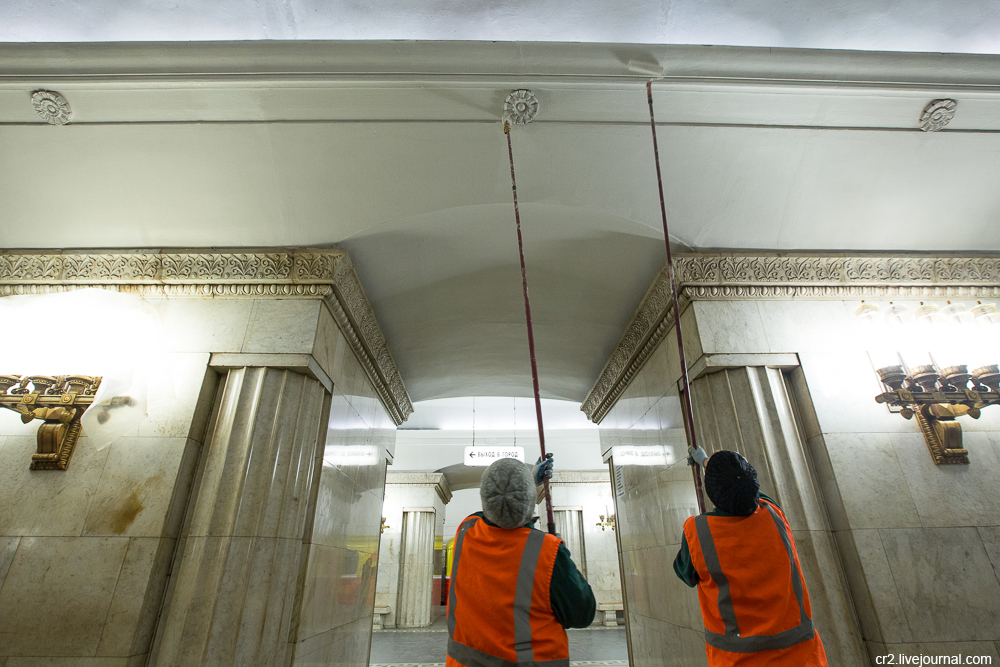 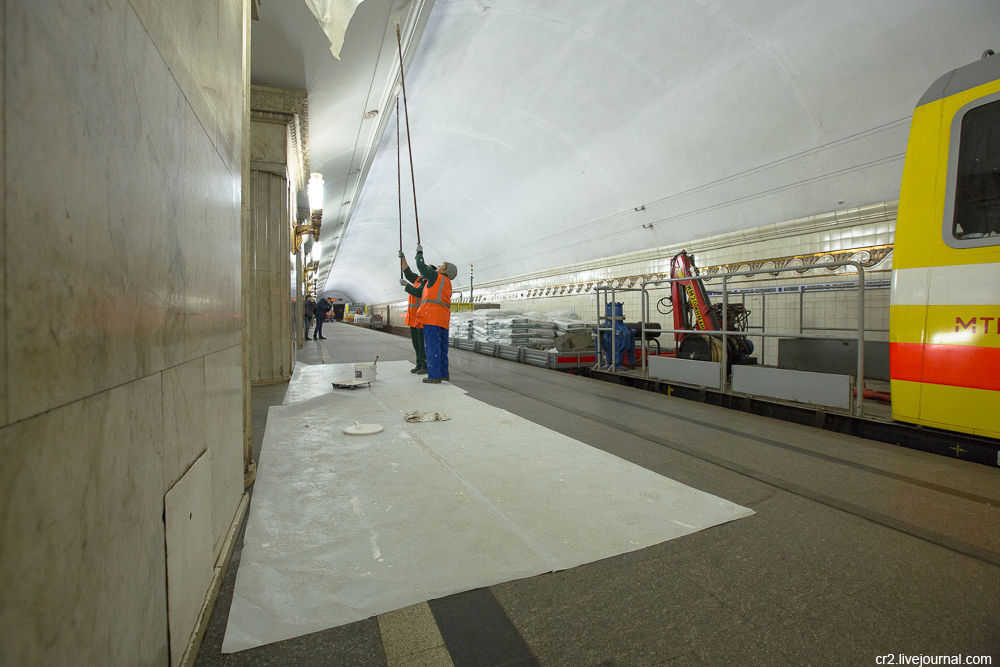 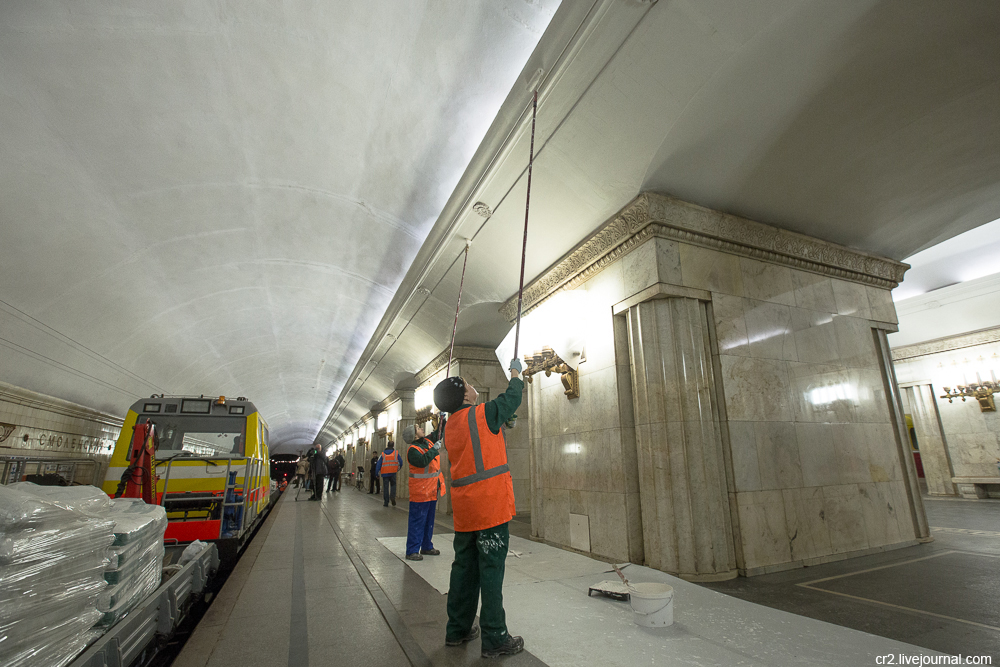 7. This is not a retro train, but a special diagnostic complex “Synergy-2”. It tests the rails and the whole infrastructure. There are infrared sensors, laser-optic measurers, thermal imaging systems, DVRs, scanning systems and other devices is this train. 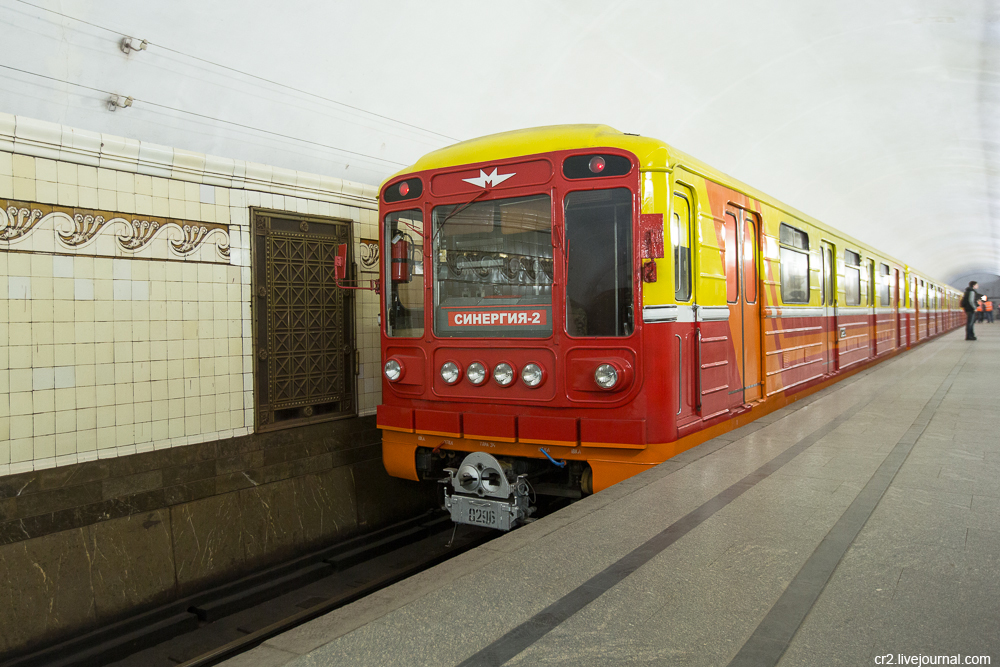 8. The complex is checking the rails, tunnel lining, the train communication system and power supply. 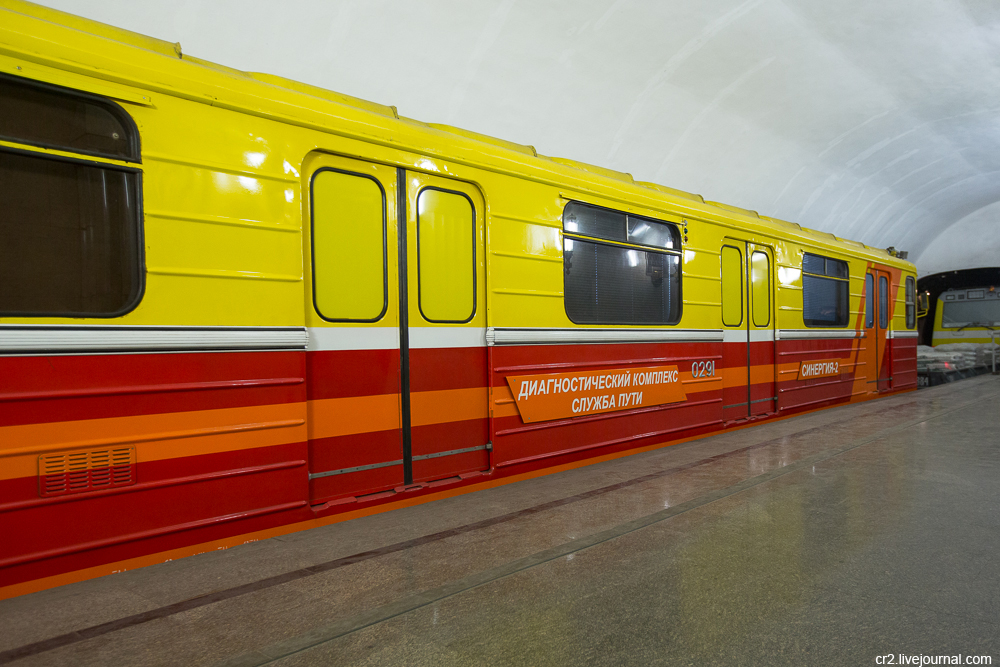 9. All the measurements are made with the use of lasers, all the control systems are contactless, which makes the work much easier. It’s planned to equip the train with some modern devices. The first train, “Synergy-1” will also be upgraded in May (some of its parameters are out-of-date now). 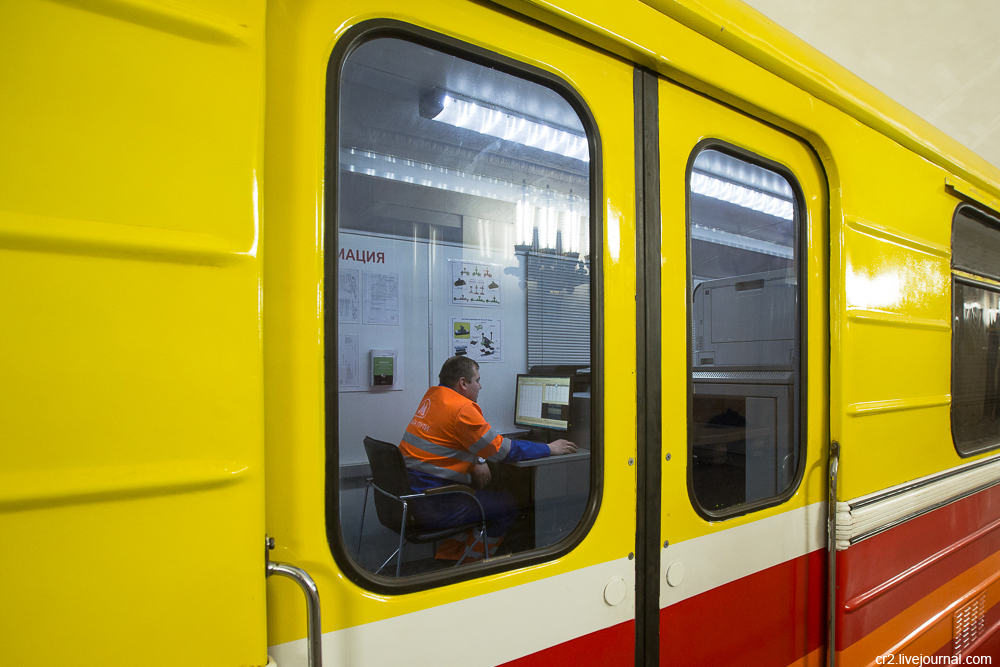 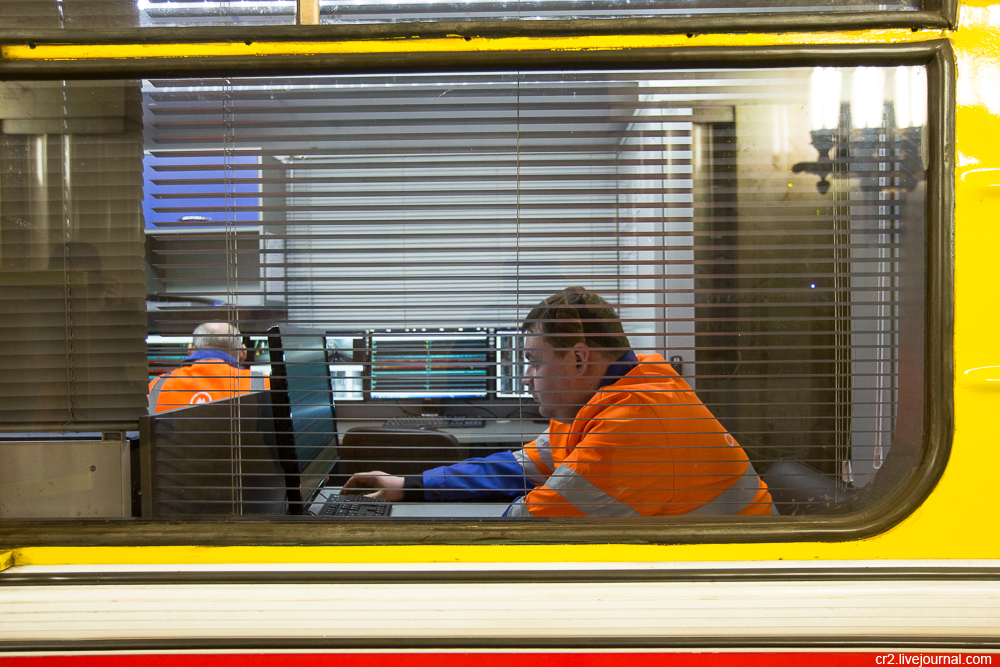 11. The complex has discovered more than 100000 minor deviations from norms during the checks. The equipment is sensitive enough to discover the cracks thinner than a hair! 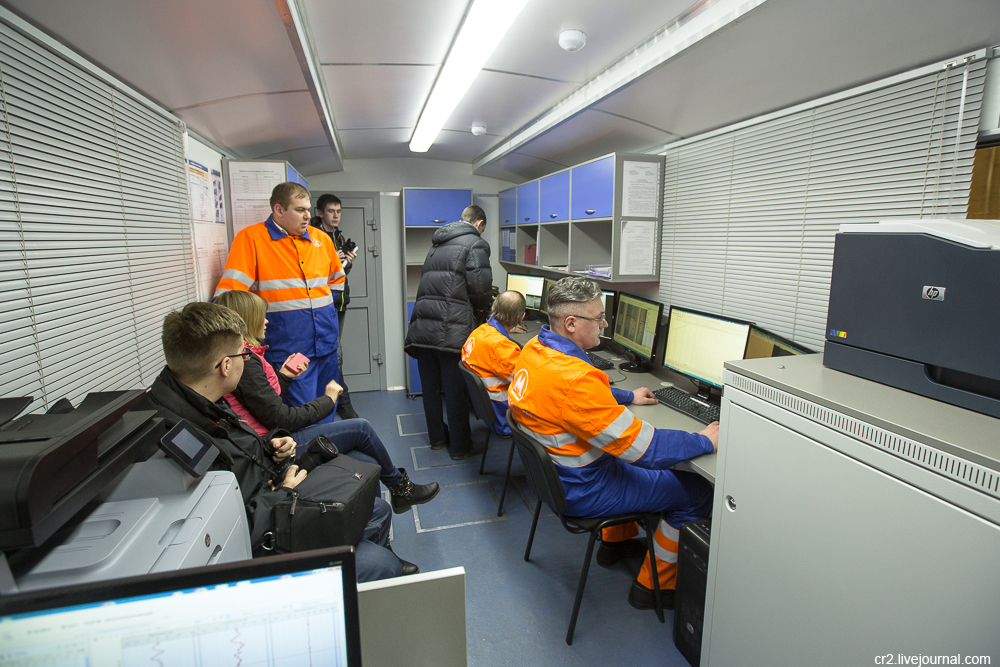 12. Some rail motor tractors and loading platforms have come from different depots. 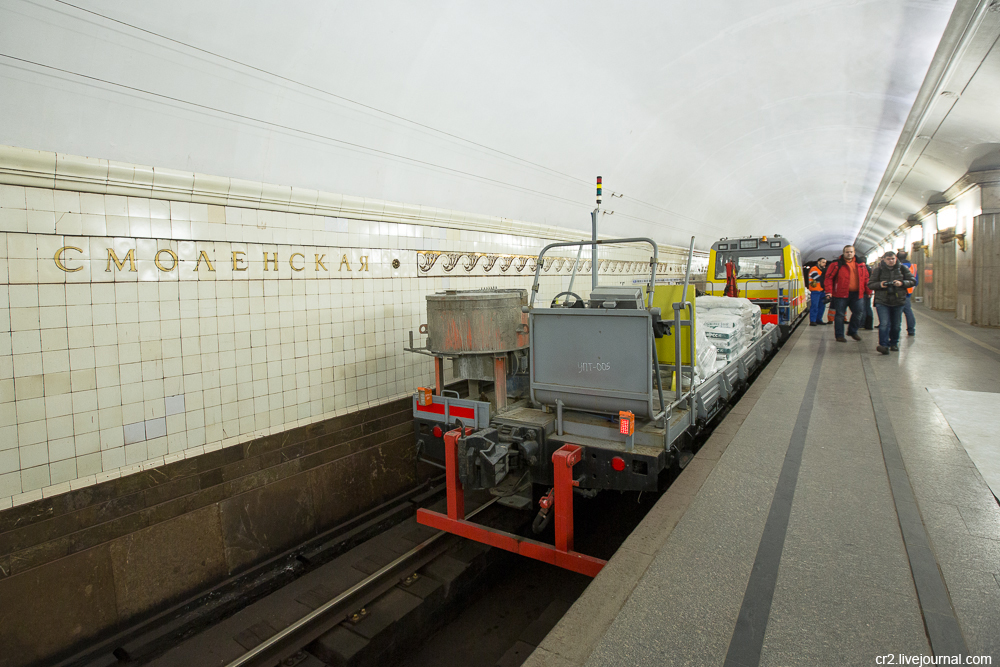 13. The general view of the station.

During the previous works, the rail joints were welded, that reduced the noise and vibration during the train movement. Some rails and sleepers were removed and cleaned.

Today’s works also affected the hall. The stations will open tomorrow at 5:30.