This time Zoom has transformed sadly sticking out pipe near Mayakovskaya metro station into a mop. As you correctly guessed already, a hero, holding it, is Chief from Ken Kesey’s novel “One Flew Over the Cuckoo’s Nest”, that was later filmed by Milos Forman. In the film Chief was played by Will Sampson, a full-blooded Muscogee, from the Creek People.

If you haven’t seen the film, watch it necessarily. 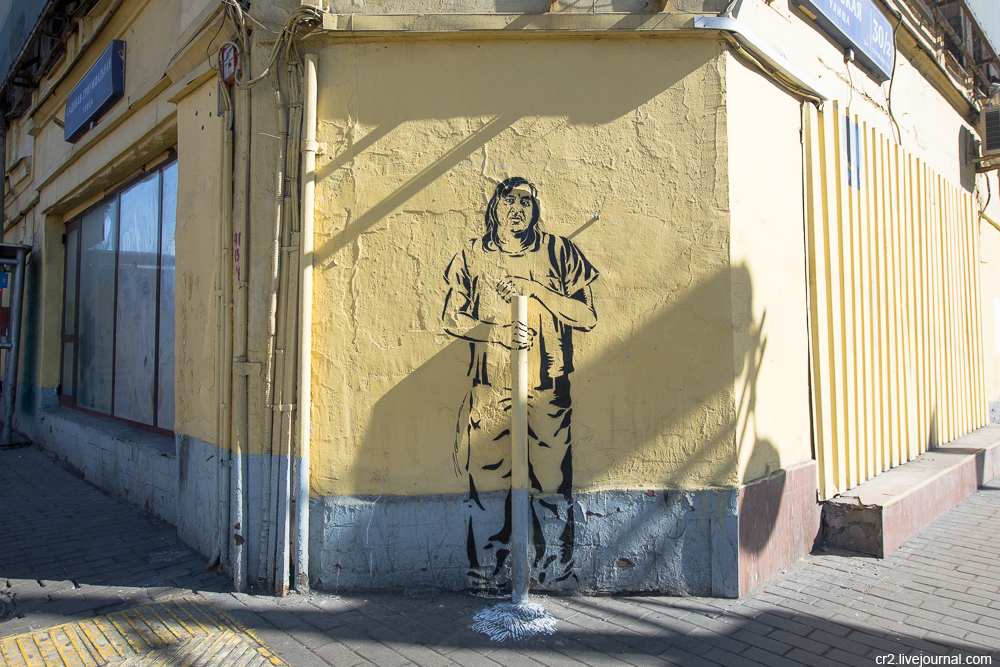 This is the second work of the author, related to this film. Earlier there was a portrait of Randle Patrick McMurphy, played by Jack Micholson, near Novokuznetskaya metro station. Unfortunately, the work was painted over soon. 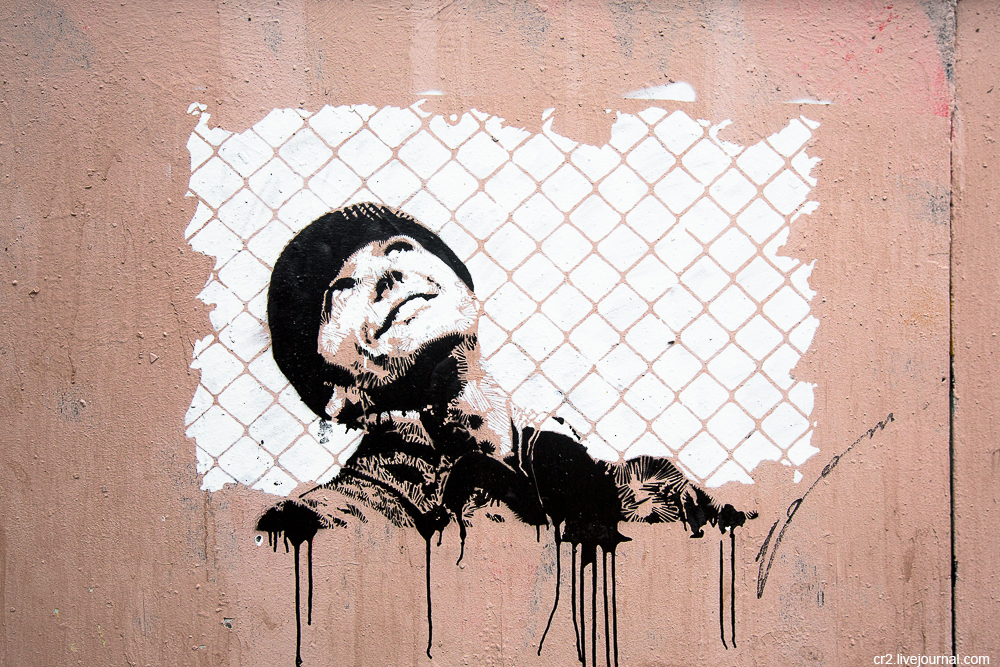