1. “Workmate” appeared at Lyusinovskaya street. Fedya (played by Alexey Smirnov) from “Operastya Y”, is looking at passers from the wall of house number 31, building 6. 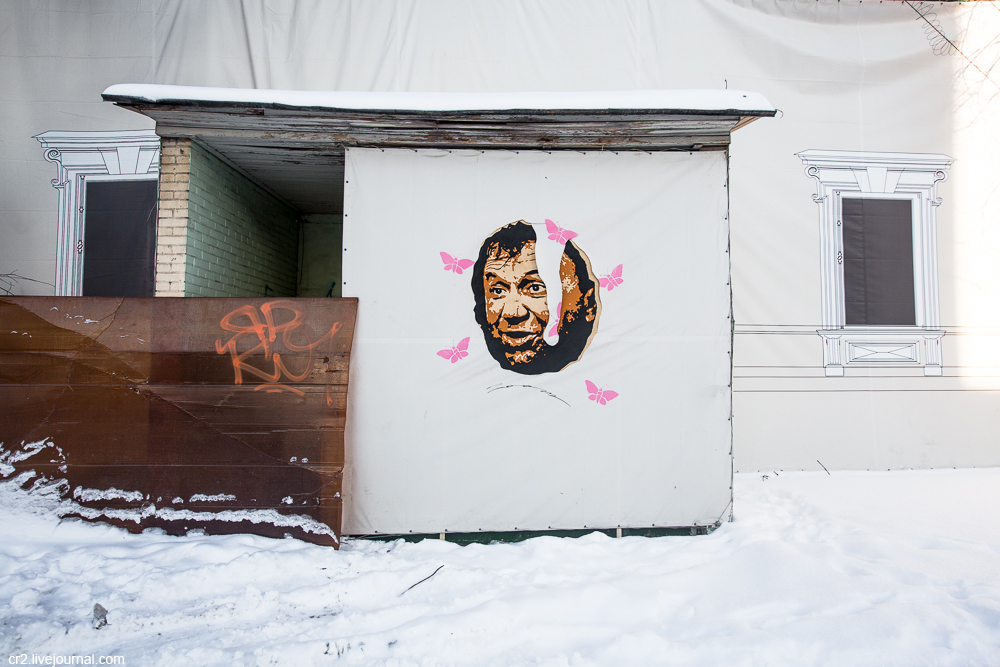 2. You can lift the peace of the “wallpaper”, if you want. In the movie this peace was hiding his eye and the butterflies looked a bit different, but that doesn’t really matter. 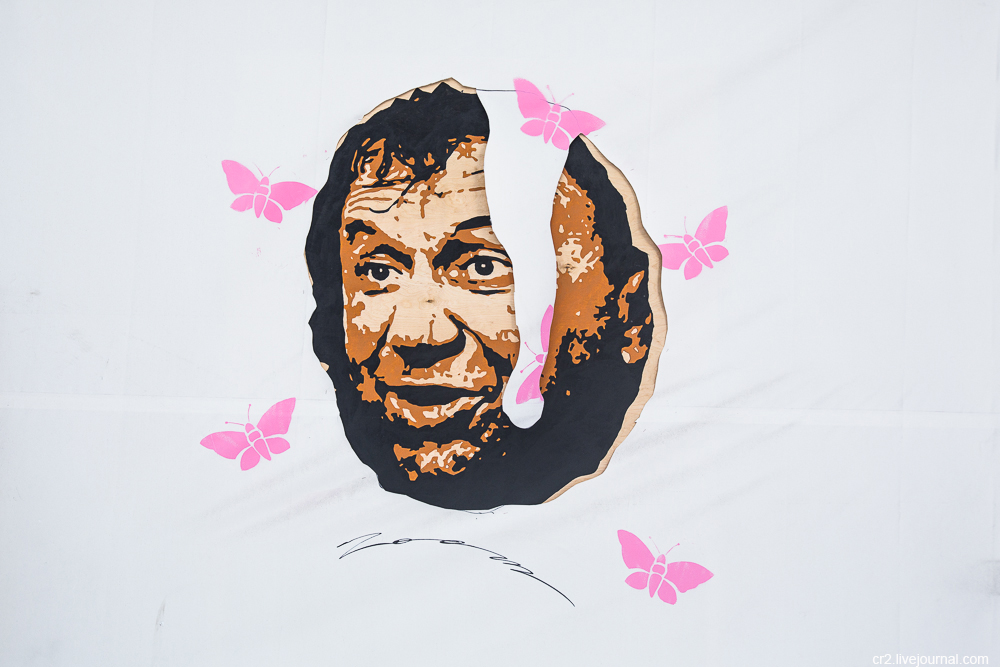 3. 3. Not far away, on a transformer unit at 46, Bolshaya Serpukhovskaya, a well-known scene from “Brilliantovaya ruka” appeared.

I don’t like taking photos at fair weather due to such borders and contrast. This will be the last time I’ve done it. Suddenly, it appeared like the characters are coming from darkness to the light. Well, not bad. 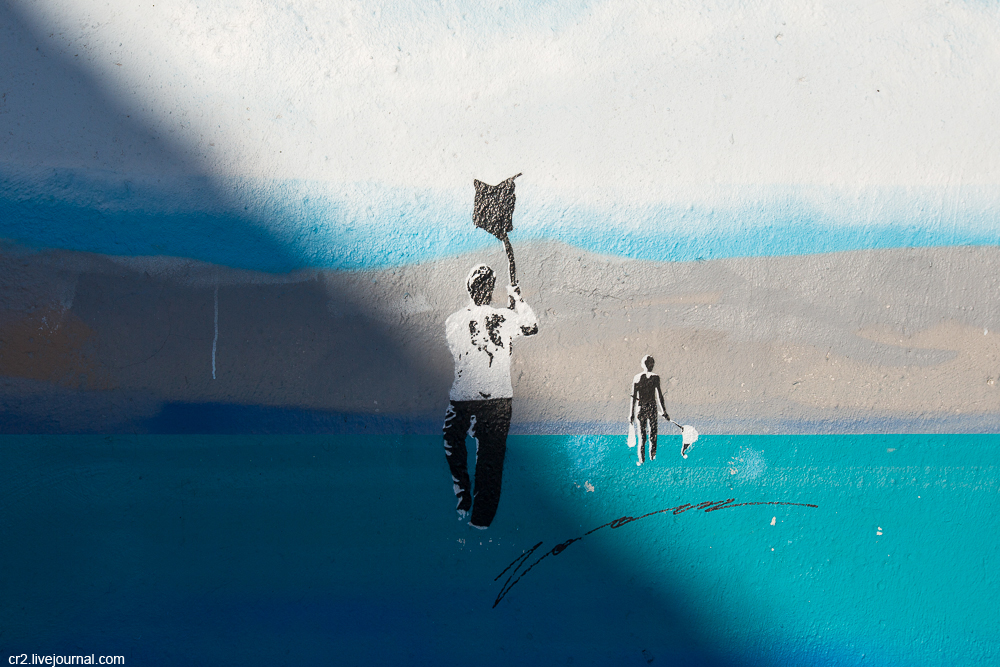 4. Here Zoom have brightened quite a boring landscape, which was certainly painted legally. 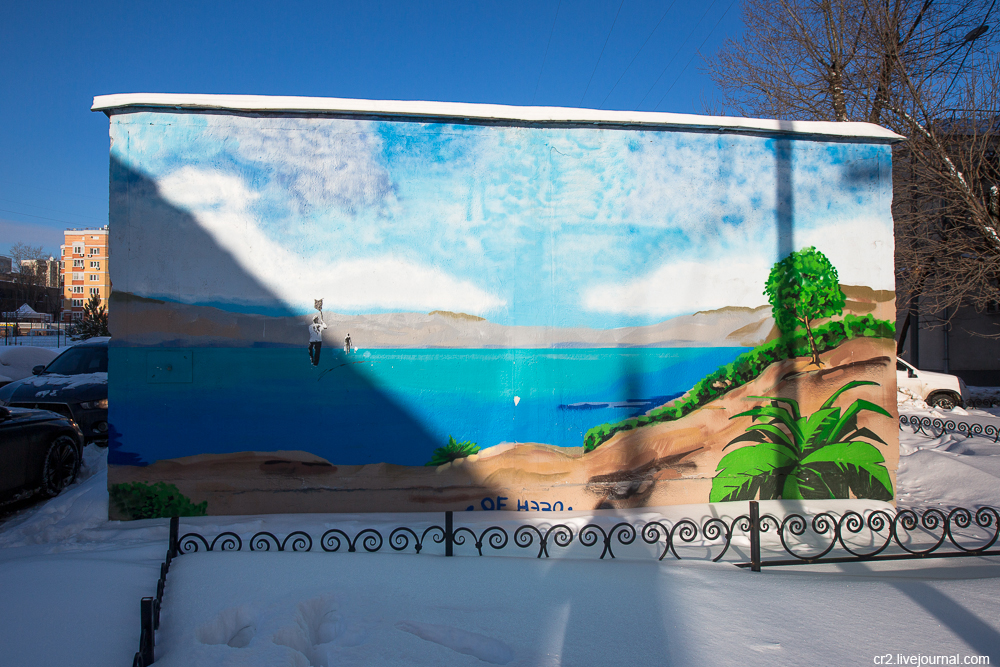 These works are located near “Stop drinking” one and the one with “Pulp fiction” characters.

On the one hand, that’s good that the works are located at the same district. It may become really cool and interestingly decorated. On the other hand, if someone starts fighting against the pictures, if he or she finds vandalism in them and pretends to overpaint them, all the works will be lost at the same time.

Unfortunately, too less of big, interesting and quality graffities appear in Moscow these days. Their best times were at 2013-2014. Zoom seems to be the only one, who keeps Moscow street-art high at doesn’t let it completely turn into political agitation and advertisement.