Legal Moscow street-art is having bad times now. Big and quality works are being created rarely, only some uninteresting agitation (including political ones) appear instead of them. I want neither to picture them, nor to even look at them. Illegal one feels a bit better, but also doesn’t gush with new works. Maybe that’s because of winter. Only Zoom, who’s already become famous, works permanently and shows us inexhaustible fantasy, and some other artists. A new graffiti reservation has appeared in Kuzminki recently. A big part of it, actually. This is a single, but very big work by Alex214: a metro train.

1. Garages turned into the train. What an interesting and simple idea! 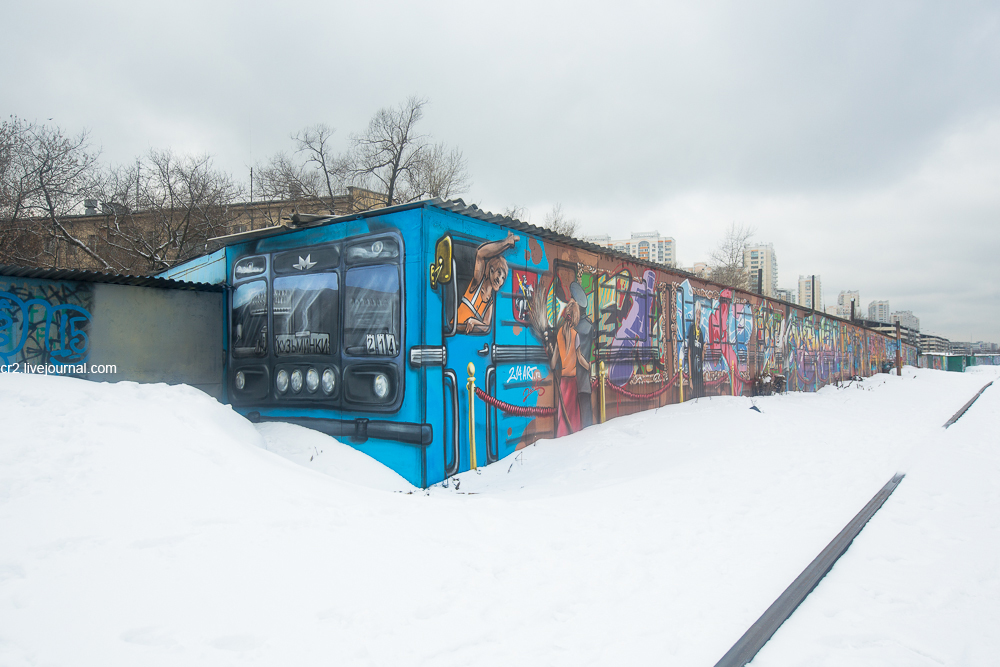 2. The train is staying at the storage track distance. This is a place, where Okskaya street comes to the railroad, leading to the “Staroproletarskaya” station. I’ve never heard of such a station, even though I’ve already been here.

The way to this place is quite hard and uncomfortable. Dog signs are around and some strange people can be met here. The trains don’t run here frequently, but you should be careful anyway. 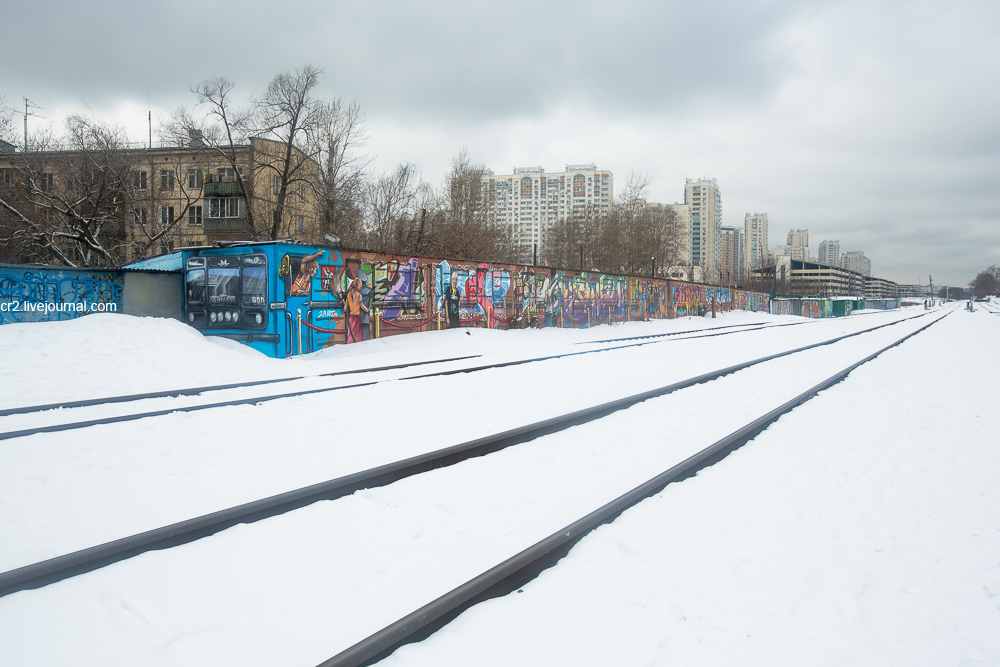 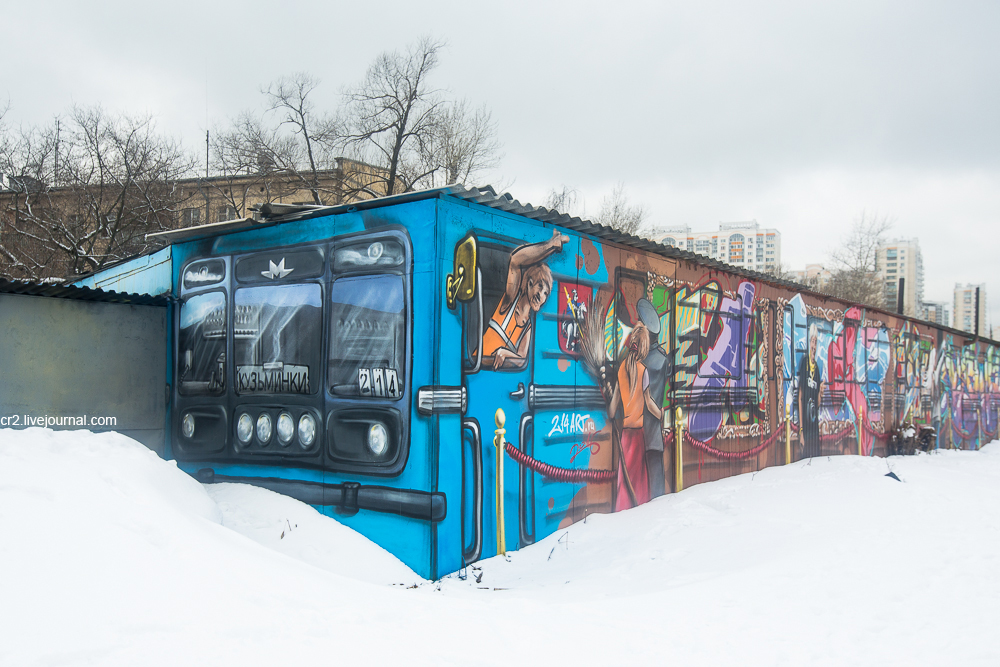 4. The train. Actually, “Kuzminki” is not a terminal station. This is an advantage of the Purple line. All the trains run up to “Vykhino” or to “Kotelniki”. There is no depot at “Partizanskaya” or “Molodezhnaya” or “Prazhskaya”, so you don’t need to leave the train 2-3 stations from your destination to try to get into the next one. 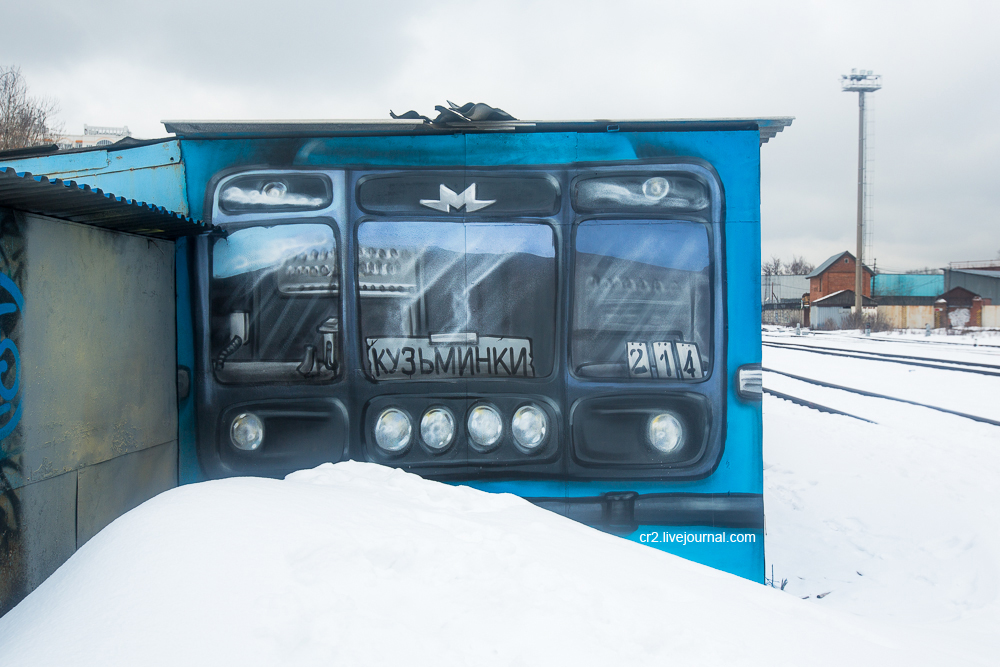 5. Seems like the driver is upset that his girl went away with a policeman. 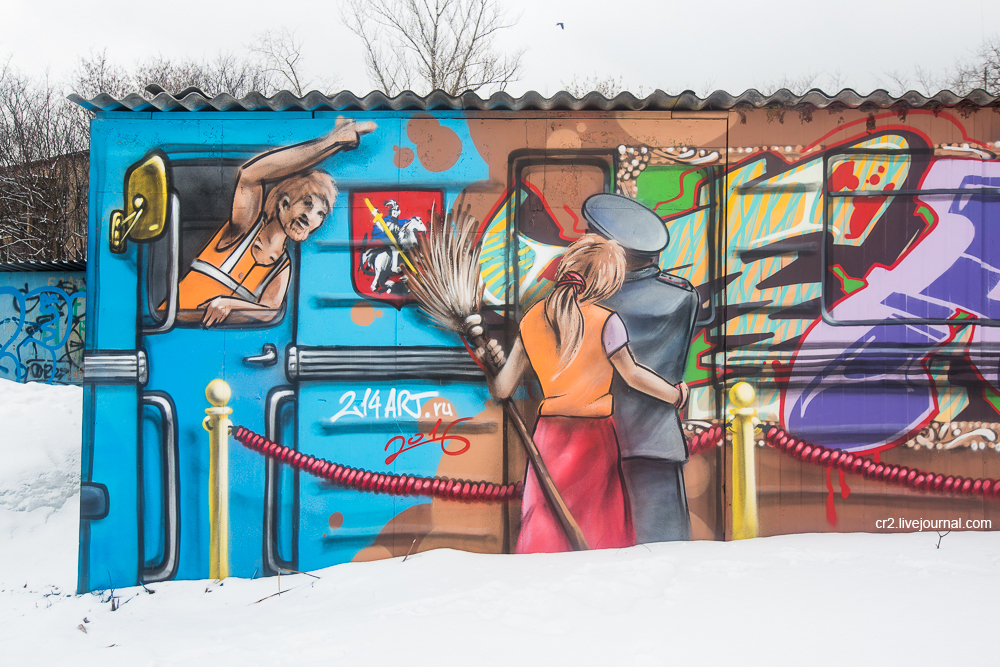 6. Moving along the “train”. This is Martha Cooper, the graffiti-hunter from USA. She was at Moscow in 2014 and visited some graffiti reservations, where she’s made a photo with Alex. This is a picture from that photo. 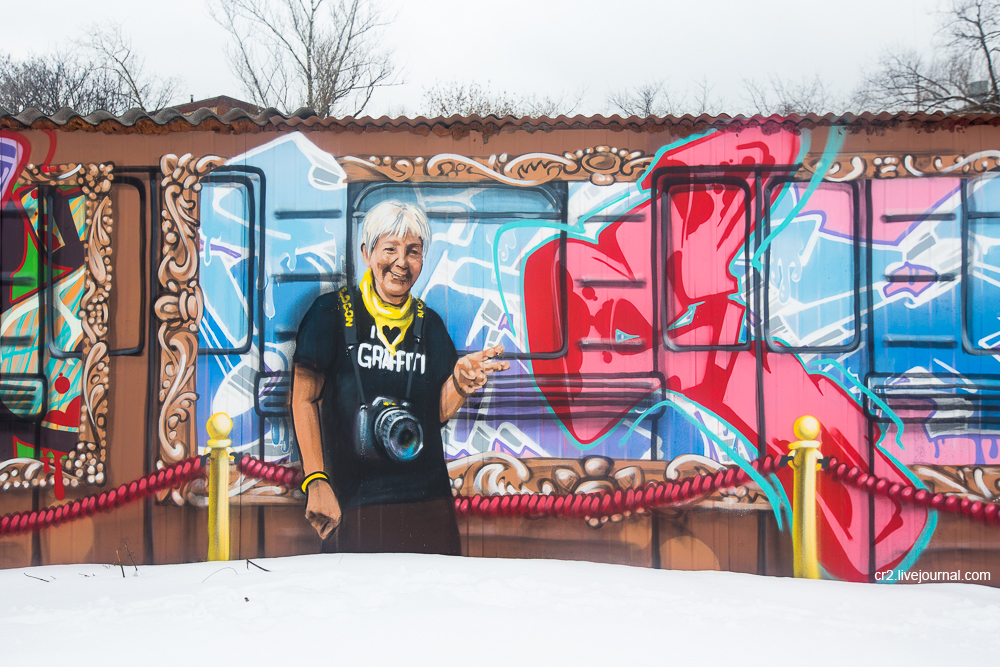 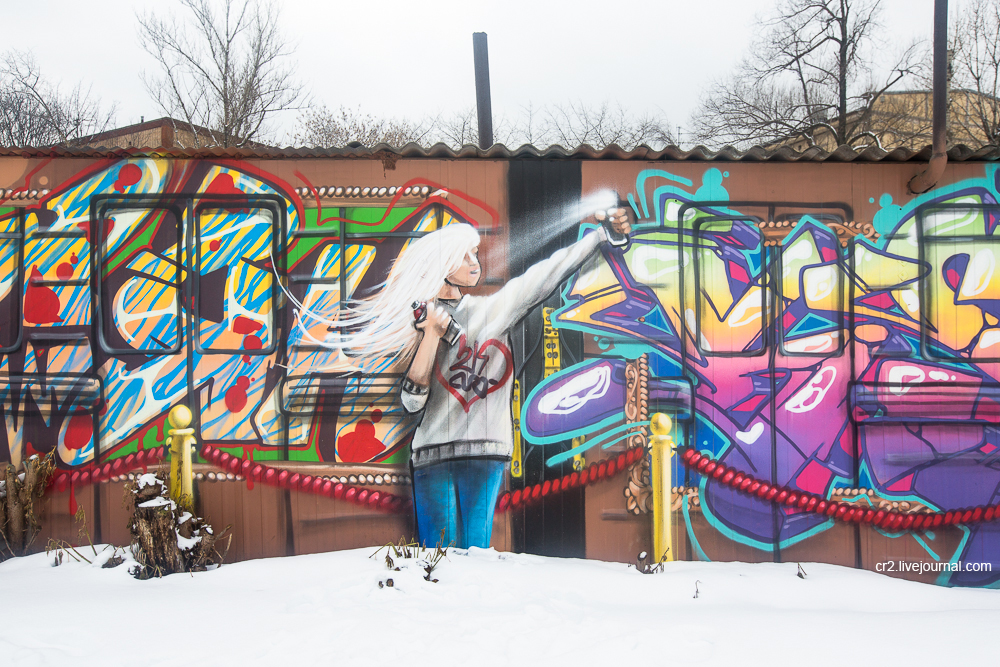 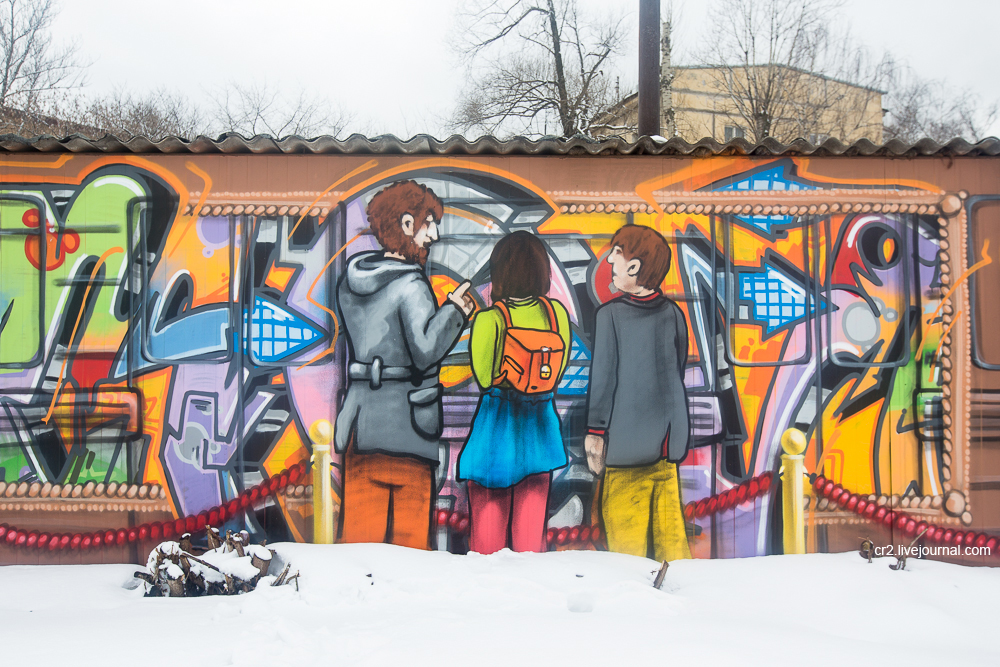 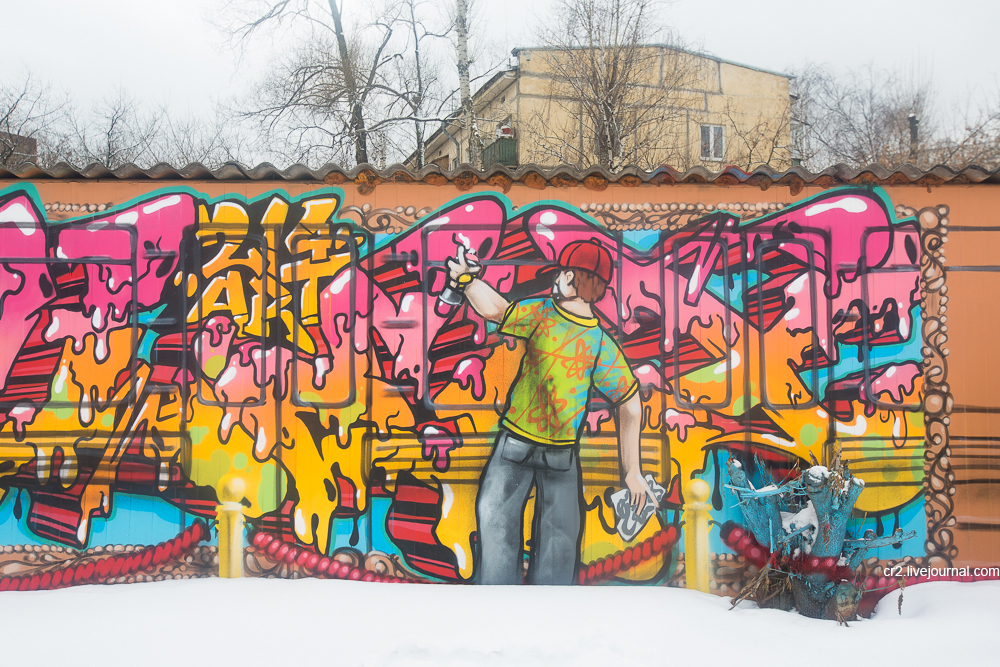 10. Unfortunately, if the weather was fine, all the photos would be against the light 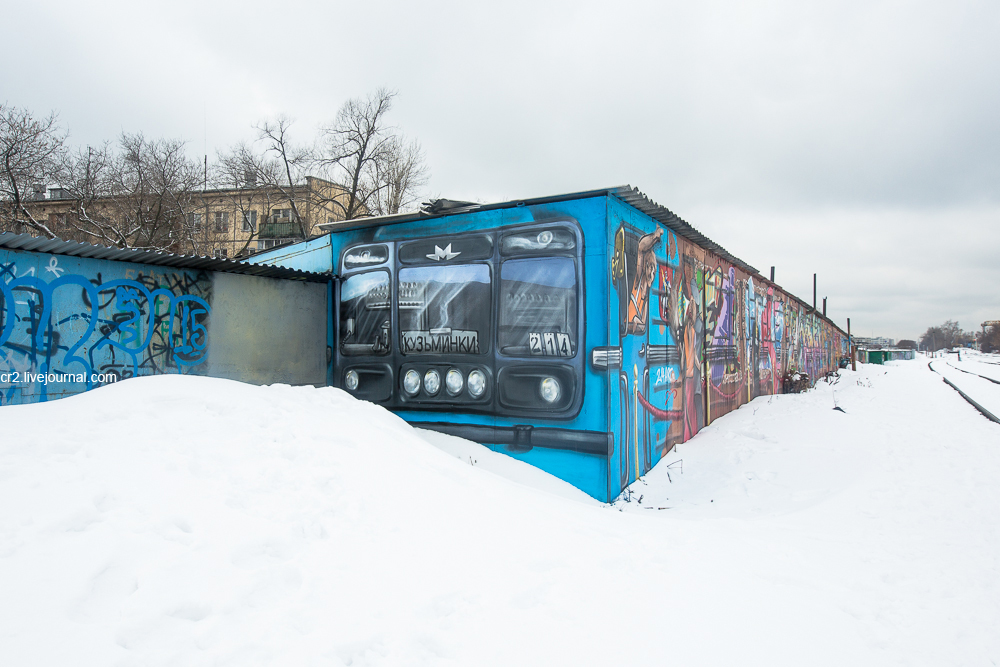 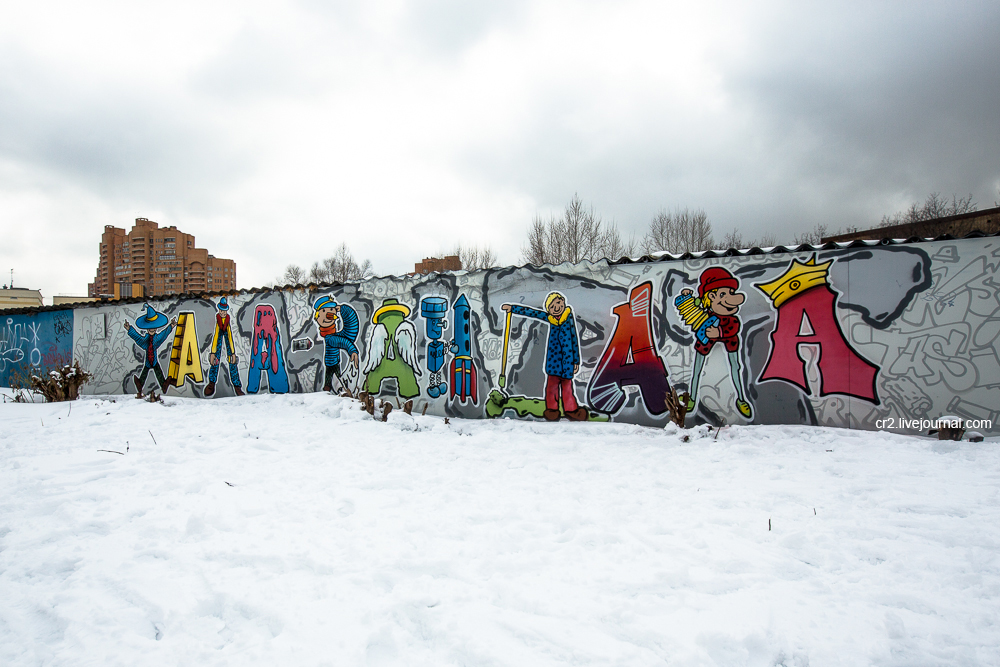 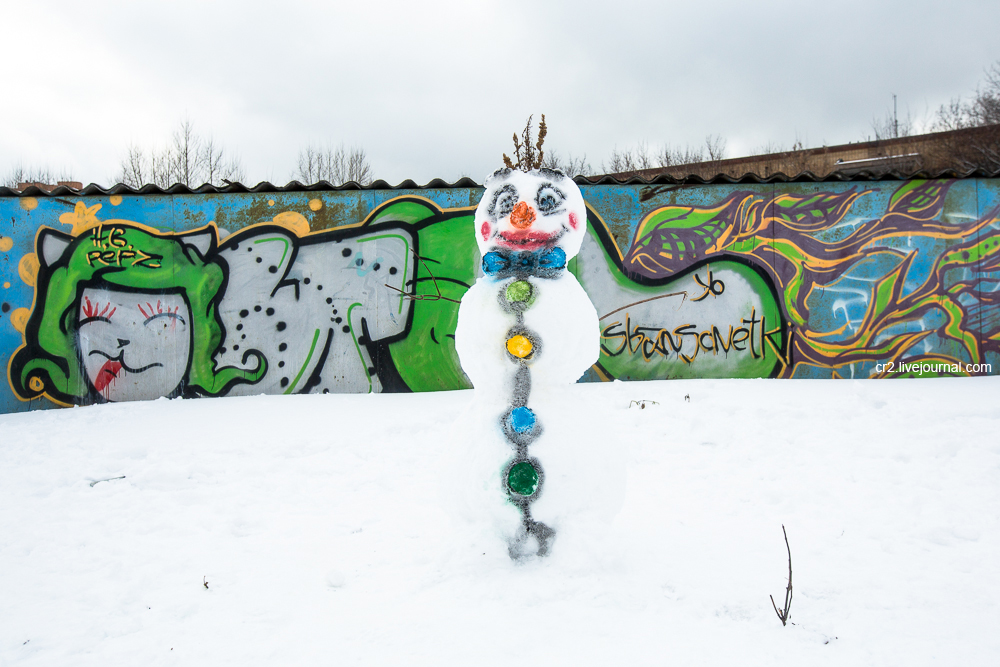 I hope this place will become even more interesting and colorful!