This is marshal Babadjanyan square, located where Horoshevskoe highway divides into marshal Zhukov prospect and Mnyovinka street. Yes, nowadays there is a simple semaphore and there always are several car rows, waiting for the allowing signal to make a turn. 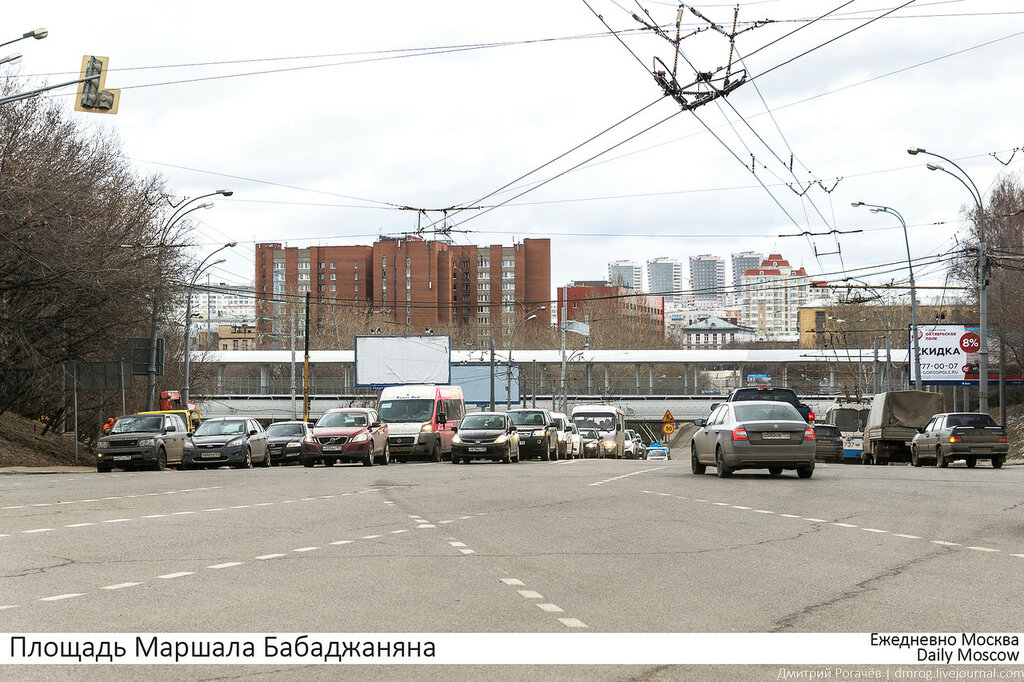 2. Marshal Zhukov is standing at the beginning of his park and prospect. 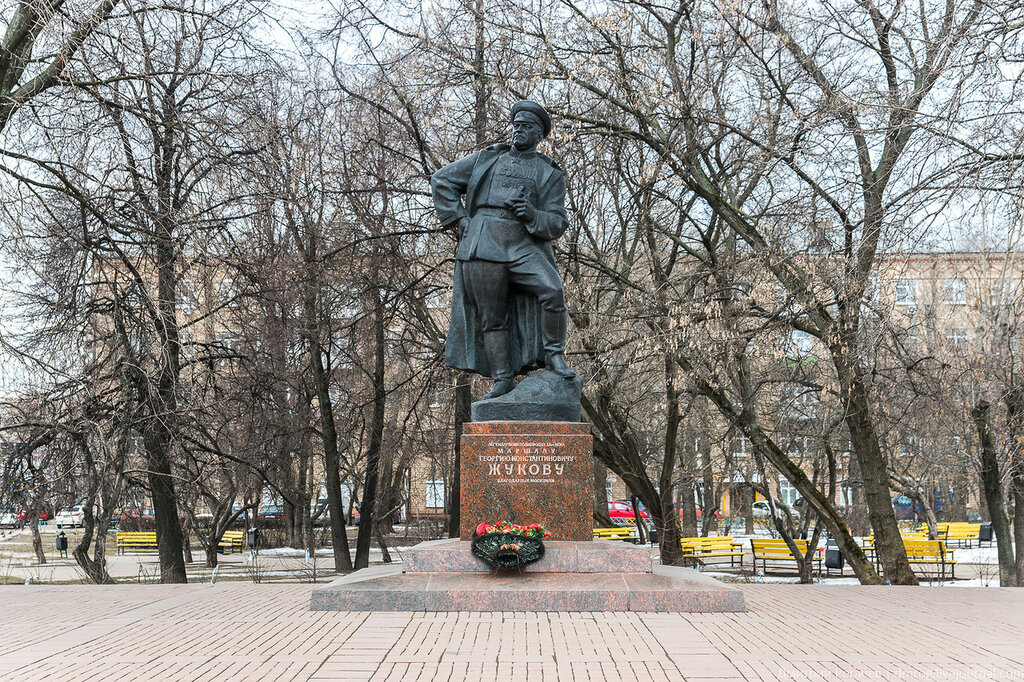 3. If you turn around, you’ll see this square. Doesn’t look like a place emphasizing the Russian-Armenian Friendship. Marshal Babadjanyan has quite an interesting biography. He was born at Elizavetpol province, at the area, now belonging to Azerbaijan. He was a deputy of RSFSR and Armenian SSR Supreme Soviet. He was the member of the Communist Party of Ukraine. 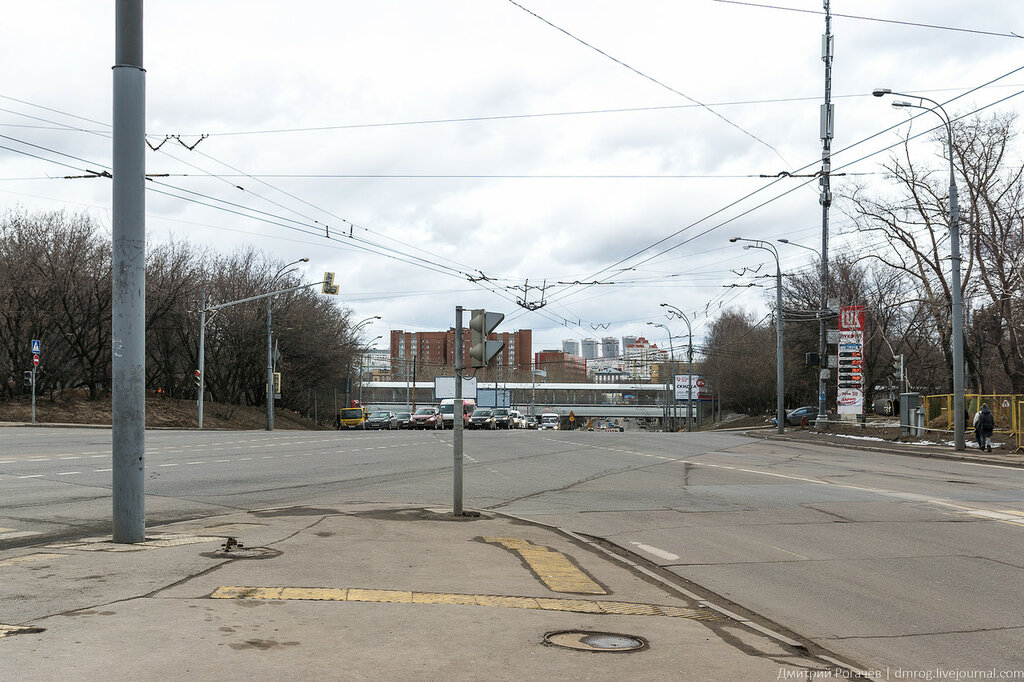 4. You can see the bridge of the Moscow Ring Railroad with new Horoshevo platform. Amazasp Hachaturovich Babadjanyan has started military carrier before the Great Patriotic War and served at different military districts: North Caucasus, Transcaucasian, Leningradsky. At the Great Patriotic War, he has taken part in many operations: Smolensk, Elnya, Glokhov, Kursk. His brigade participated in Zhitomirsko-Berdichevskaya, Korsun-Shevchenkovskaya, Proskurovsko-Chernovitskaya and Lvovsko-Sandomirskaya offensive operations. 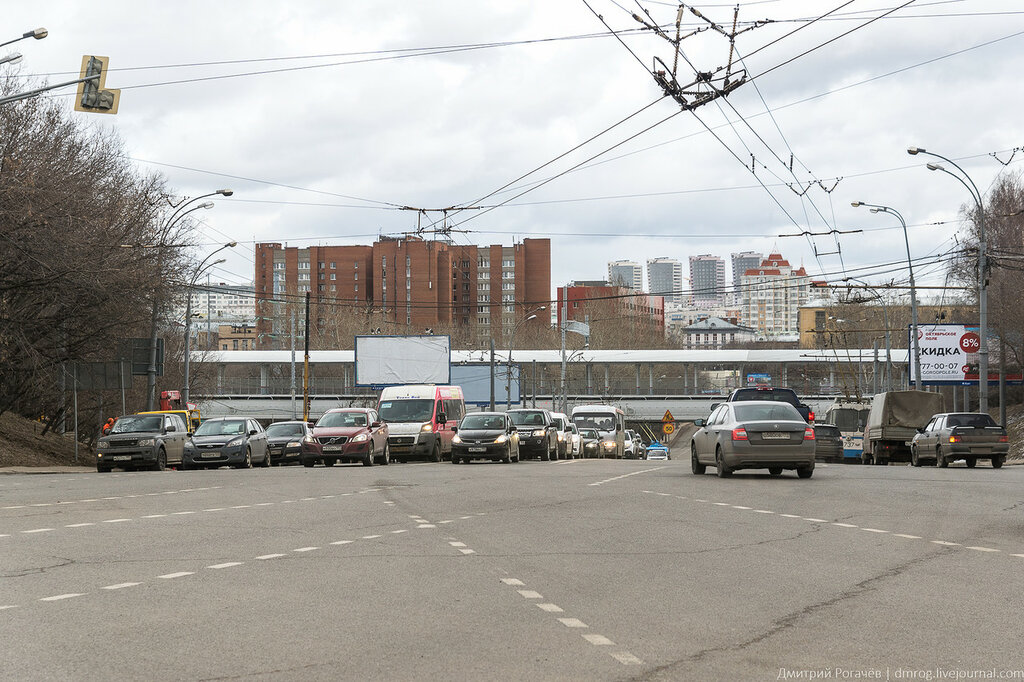 5. 25th of August 1994 Babadjanyan became a commander of 11th guards tank corps that participated Vislo-Oderskaya and Berlinskaya offensive operations soon. The corps was awarded with the Order of the Red Banner for the courage and valor, shown during the liberation of Tomashuv, Lodz, Kutno, Lenchitsa and Gostyn cities, it also got the Order of Suvorov 2nd class for holding Tchev, Veyherovo and Putsk cities. For participating in Berlin liberation the corps was given the honorable name “Berlinsky”. Babadjanyan was awarded with Order of Suvorov 1st and 2nd class for perfect leadership and combat of corps for breaking the enemy’s defense and destroying the centers of resistance and for the courage and dedication shown during the operations. Babadjanyan’s military units were mentioned in Stalin’s orders 15 times during the war. And now he hasn’t even got a bust at the park. All that we’ve got here is a Horoshevo-Mnyovniki district stela. On the background, you can see a special design and technology department №16. It was used for development of the technology documentation for assembling of refueling and service systems of rocket complex. In the past… 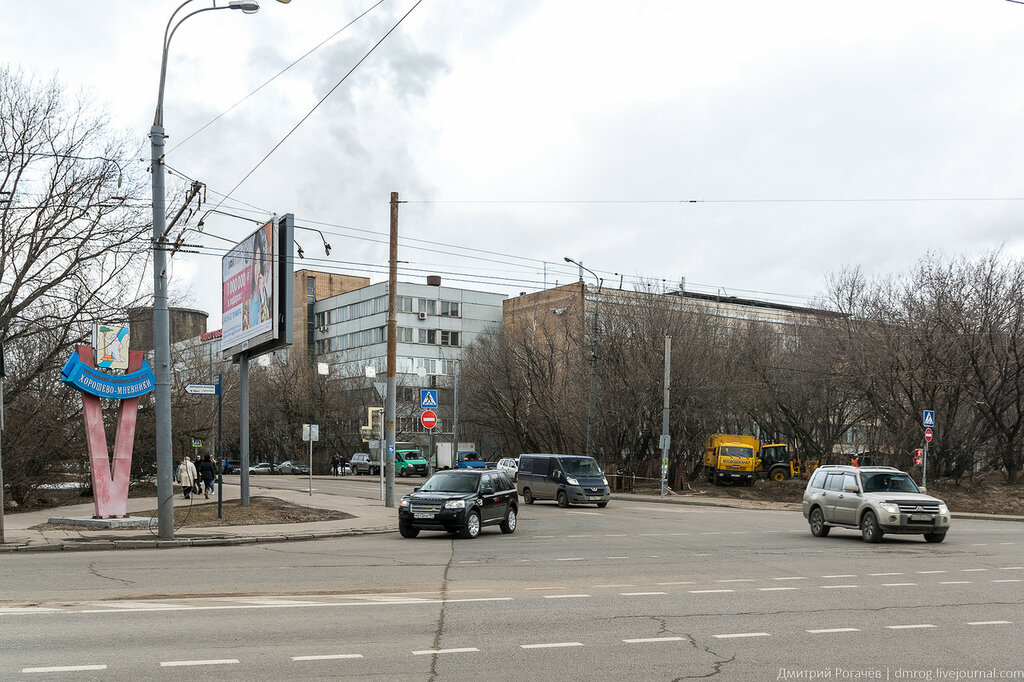 6. There was a “Mir-Prodmash” research institute in the building on the opposite side. 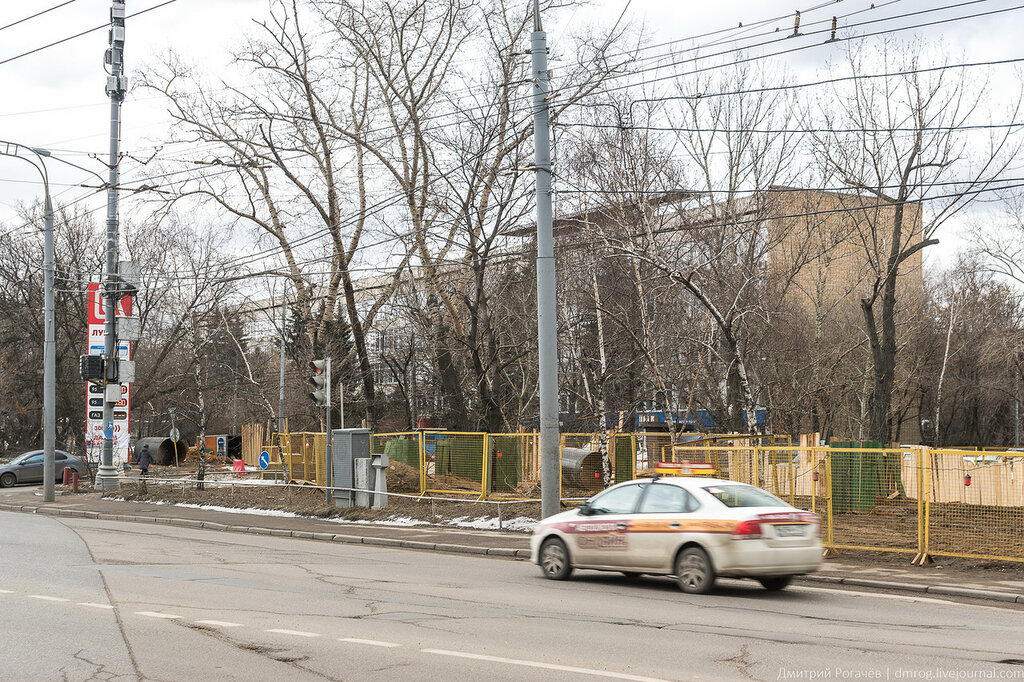 7. There is also a first car-plant nearby. And that’s all that you can find here. 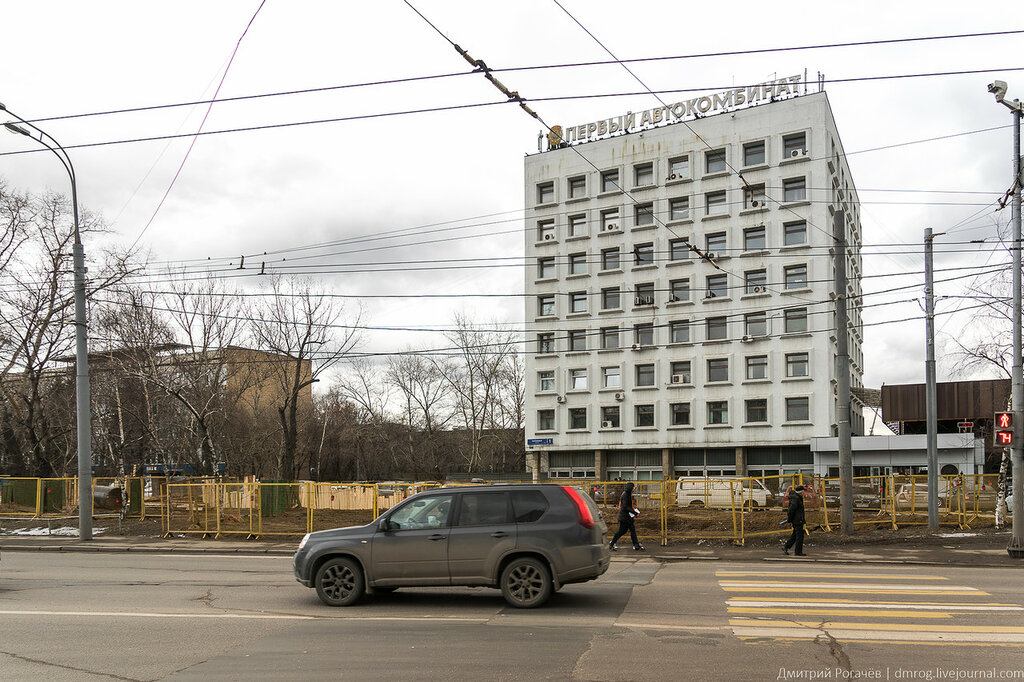 Spontaneous question: how do you think, why the memory of World War II marshal is immortalized only by a questionable square?