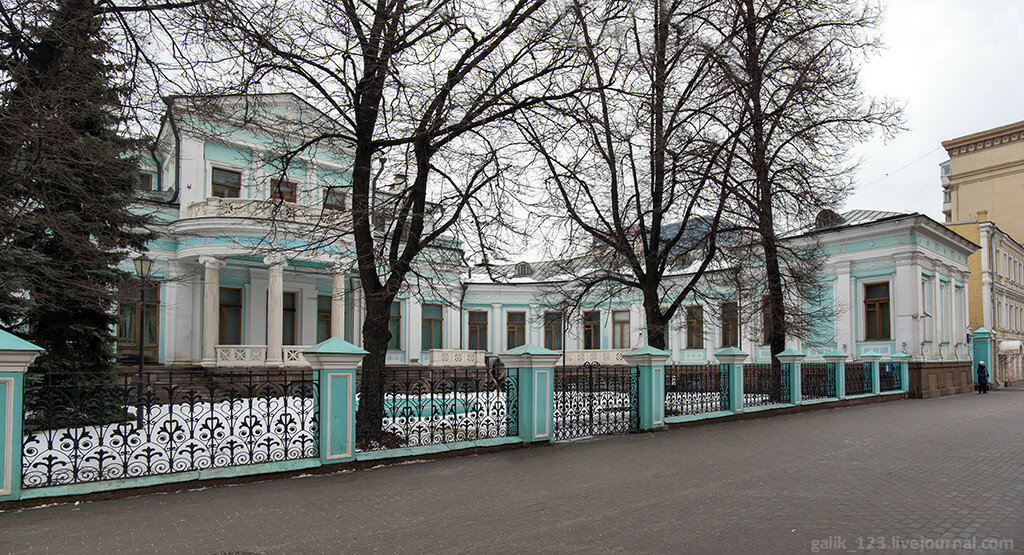 This luxurious mansion at Smolensky boulevard is famous between Muscovites due to some reasons. Firstly, it is a Moscow architectural sight. Secondly, its owners were really famous: manufacturer Mikhail Abramovich Morozov and his wife Magrarita Kirillovna (nee Mamontova). Thirdly, some Moscow intellectuals of 20th century (artist V.A.Serov, composer A.Skryabin, singer L.Sobinov, poet A.Beliy and others) used to visit it.

There was a manor at the corner of Smolensky boulevard and Glazovsky lane in the beginning of 19th century. The manor belonged to Glazova, a general’s wife, who the lane was named after.

In 1894 the mansion was rebuilt by architect V.A.Mazyrin for the new owner – the merchant Mikhail Abramovich Morozov. Facade appearance kept its style. Two new wings were added to the mansion. At the age of 33 Morozov suddenly died, so the mansion passed to his wife Margarita Kirillovna.

In the beginning of 20th century the mansion passed to merchants Ushakovs, and after the nationalization the club of October Revolution was opened there. In 1920s the mansion was occupied by the district committee and the pioneers house a bit later. Today it’s occupied by a bank.

1. The main house is in the yard. It’s connected to two small outbuildings by semicircular wings. 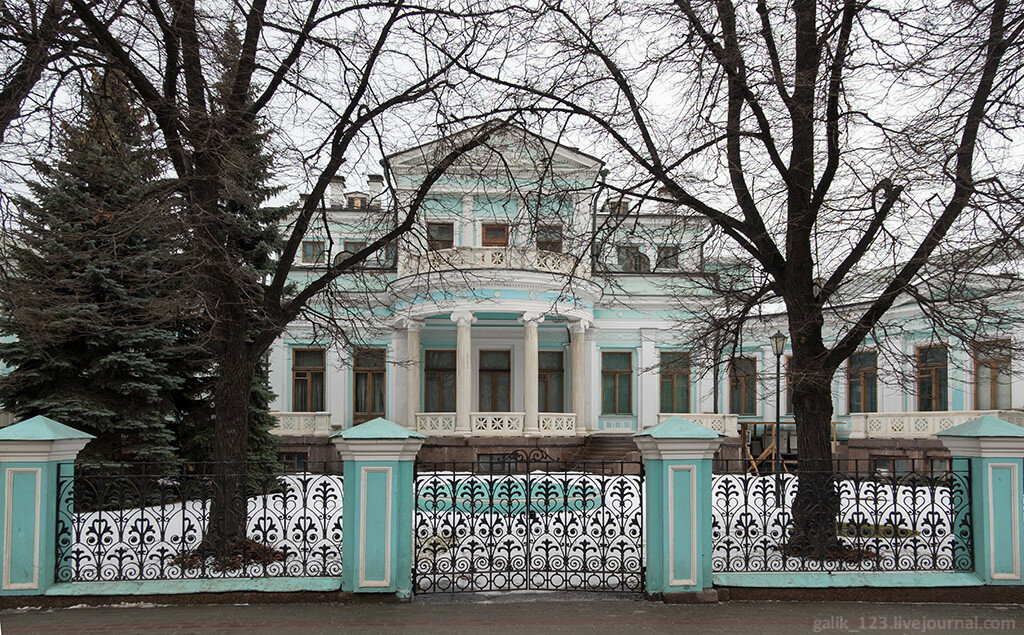 2. Some motives of the Greek classics are used in the veranda and balcony decor 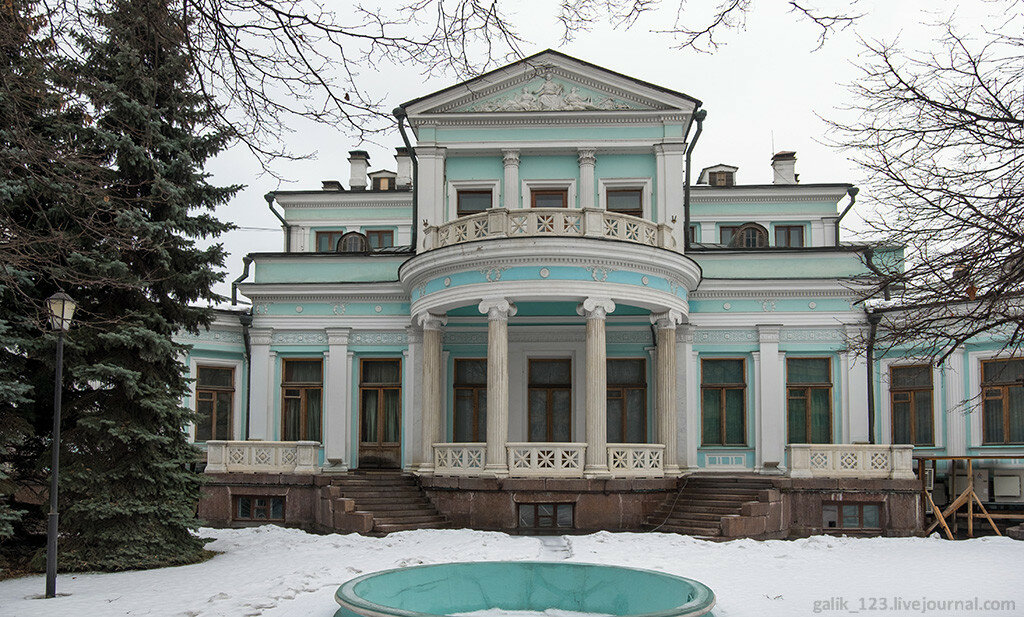 3. The pediment is decorated with a bas-relief in Greek style. 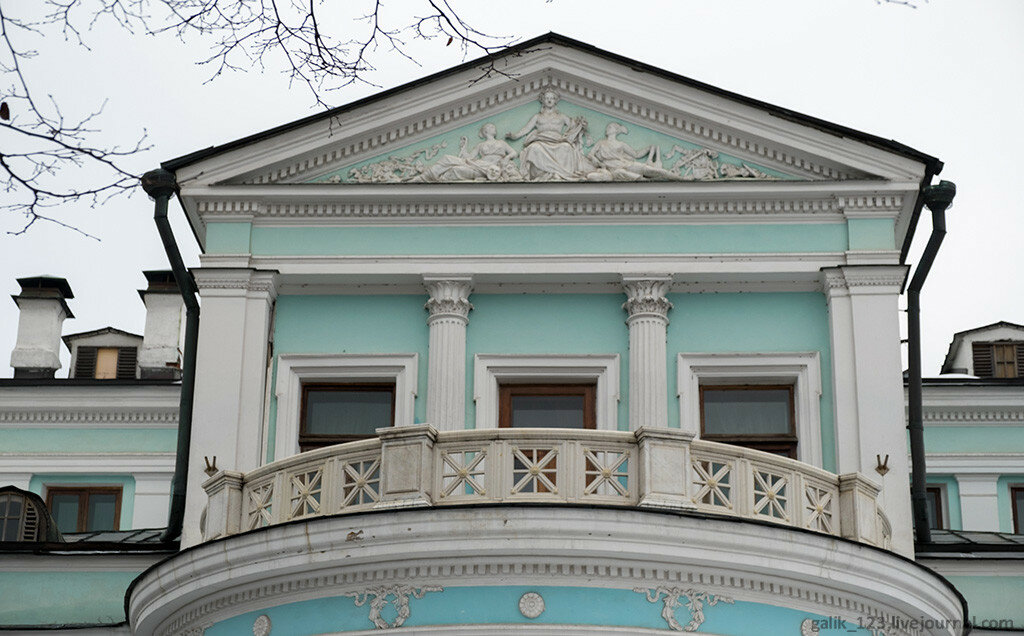 4. A perfect paintings collection was located in the winter garden and many of rooms of this mansion. In 1910 Magrarita Kirillovna gifted the paintings to the Tretyakov Gallery. The West European part of the collection got to the Hermitage and Pushkin Museum. 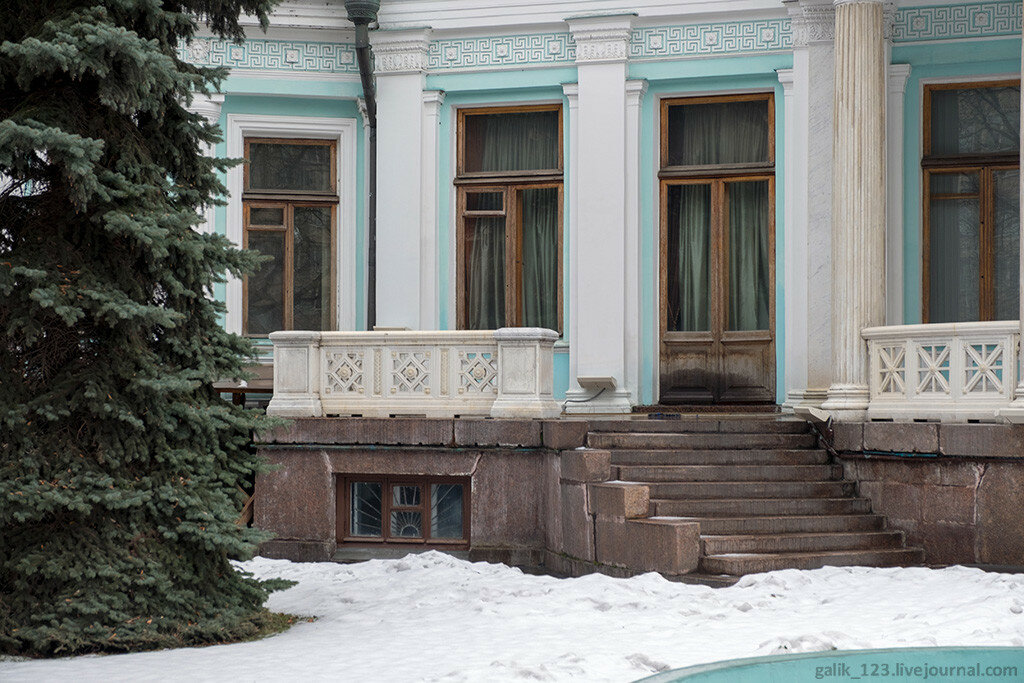 5. A view of the mansion’s facade form Glazovsky lane. 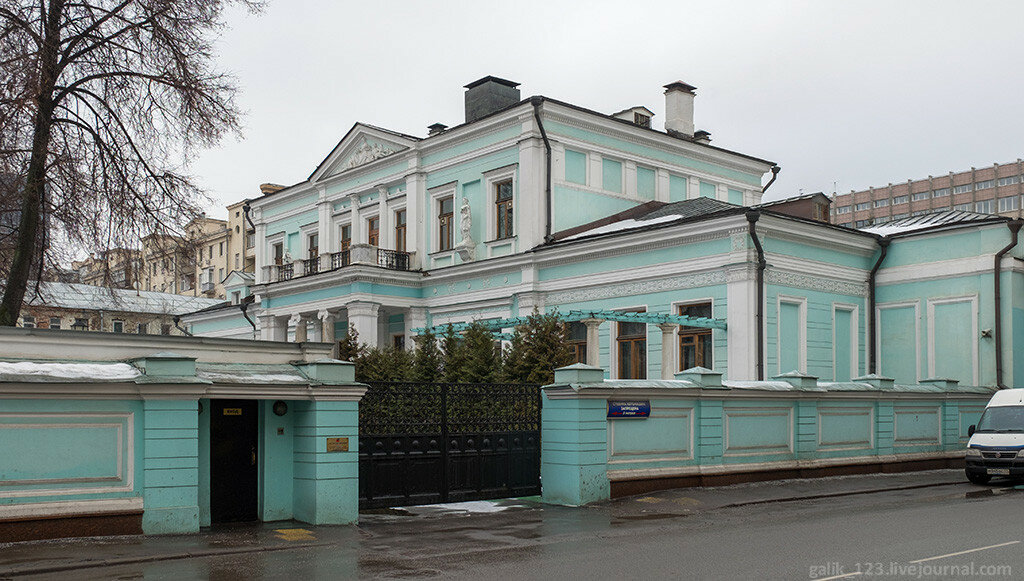 The artist V.A.Serov used to visit this Moscow mansion. This is where he painted the famous portrait of M.A.Morozov. The portrait of Margarita Kirillovna was painted later. 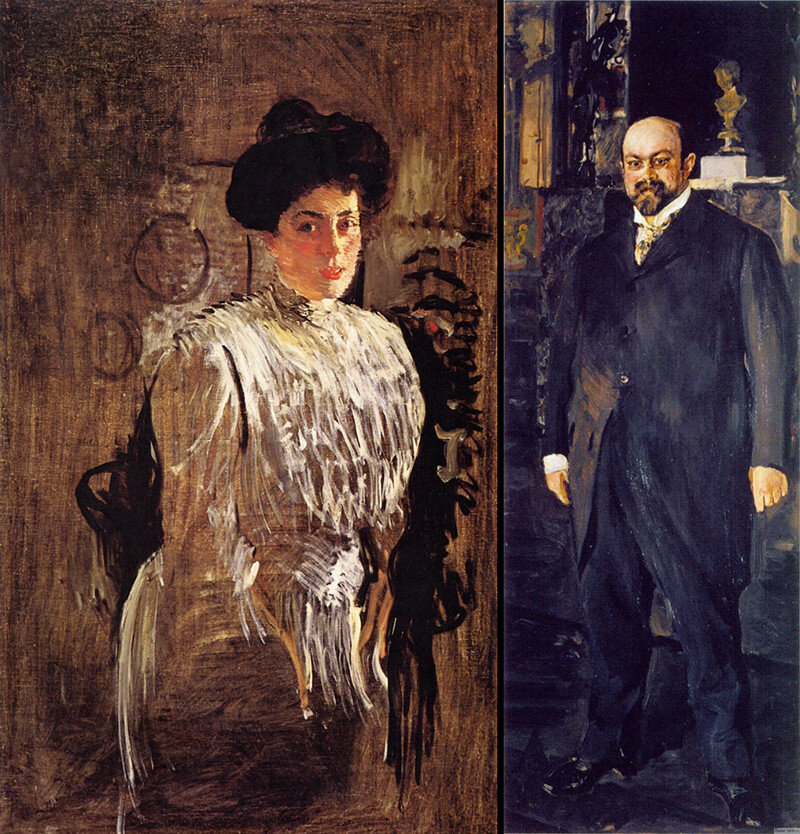 Margarita Kirillovna didn’t want to leave Russia after the revolution and lived the second half of her life in poverty. One of the things from her wealth she managed to save was a portrait of her younger son Mika, who died 5 years earlier than she did. 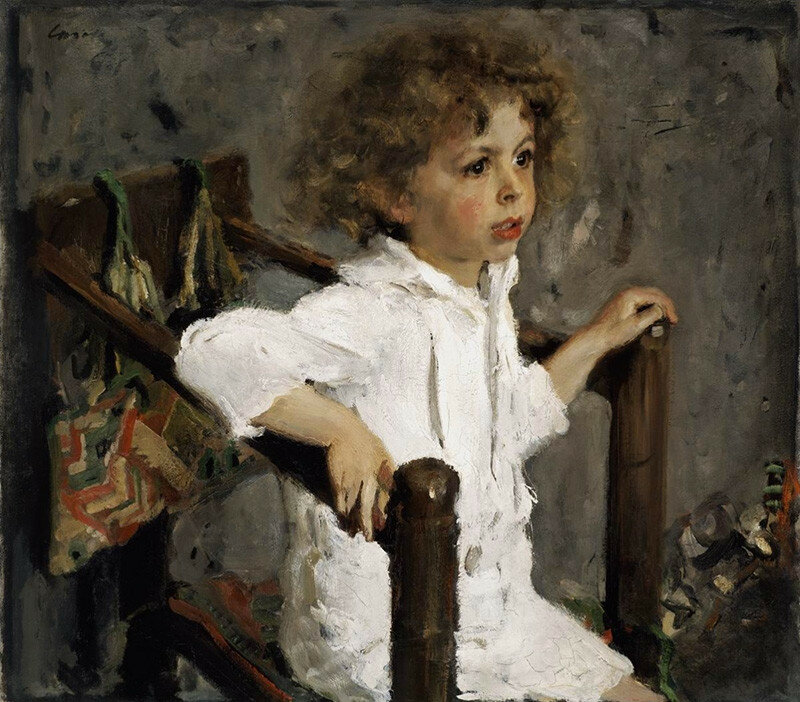 I’ve found a lot of interesting information about the mansion’s owners in the journals of my LJ friends – il-ducess (Mika Morozov in his mother’s memories (russian)) and eho-2013 (A failed duel over a beautiful lady (russian)).