One of my favorite holidays – Victory Day – is over. I’ve been visiting Poklonnaya Gora and congratulating veterans on the Great Victory for several years. It’s in 20 minutes from my home, so I liked walking among blossoming chestnuts and first garden trees.

But this year I decided to visit Arbat. So this time I’ll show you some photos from a pedestrian street. 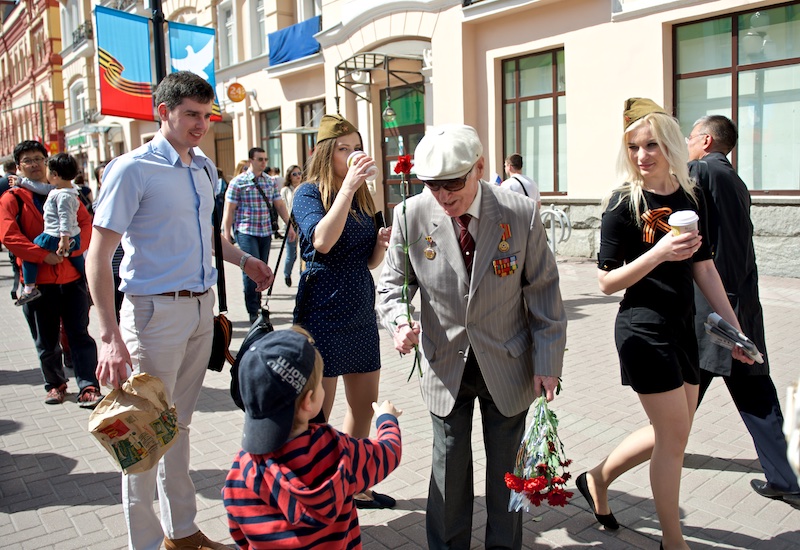 Impressions from the celebration are twofold: there were too many tinsel and unnecessary trumpery. The kind, loved holiday became a brand and war paraphernalia was misused. I won’t go into negative details now, comrades have already said everything.

Nevertheless, wonderful sunny 9th of May brought only good emotions. Nothing could spoil a mood of holiday and excitement.

1. This year the city was decorated nice and elegant. Posters and flags fitted perfectly. 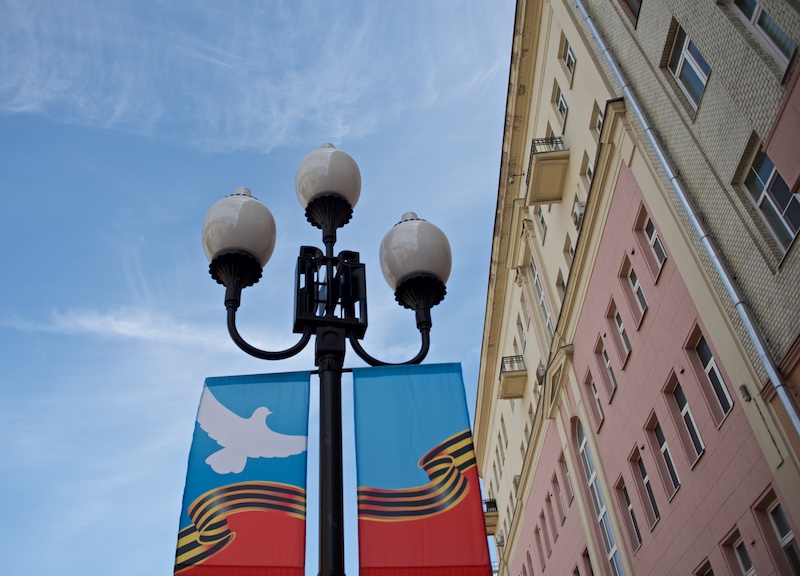 2. Some parts of the streets were crowded hardly. Some people were just walking, some participated “Bessmertny polk”. Marshal Zhukov portrait became a popular background for selfies. 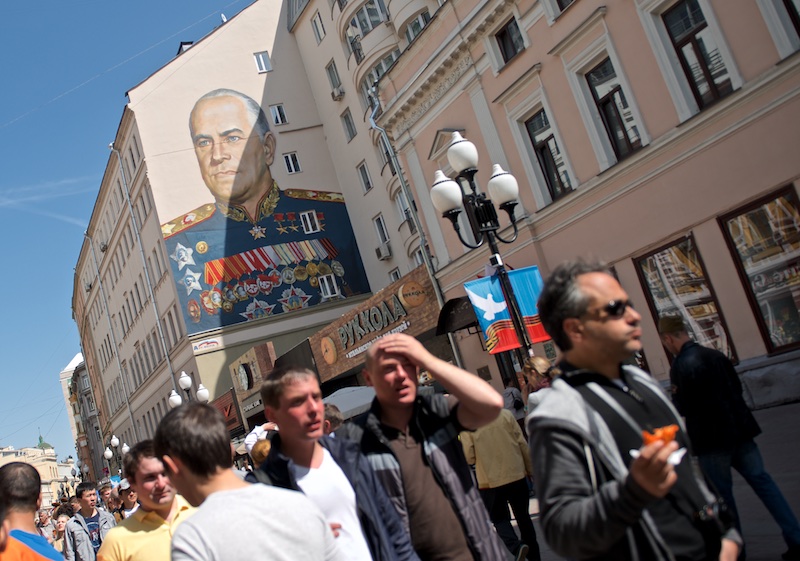 3. At the beginning of the street, veterans, pensioners and relatives of died in war soldiers were forming a group to walk through the square with photos of their relatives and dearest. This aviation colonel had been photographed a lot. 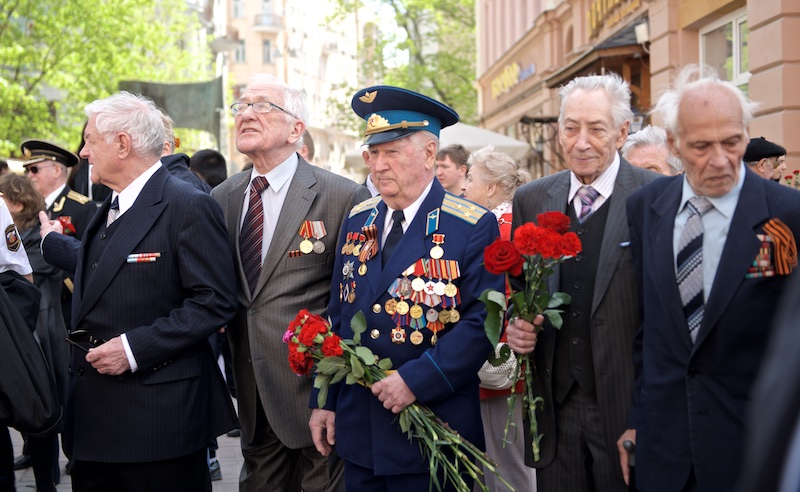 4. “Bessmertny polk” participant with photos of her parents. 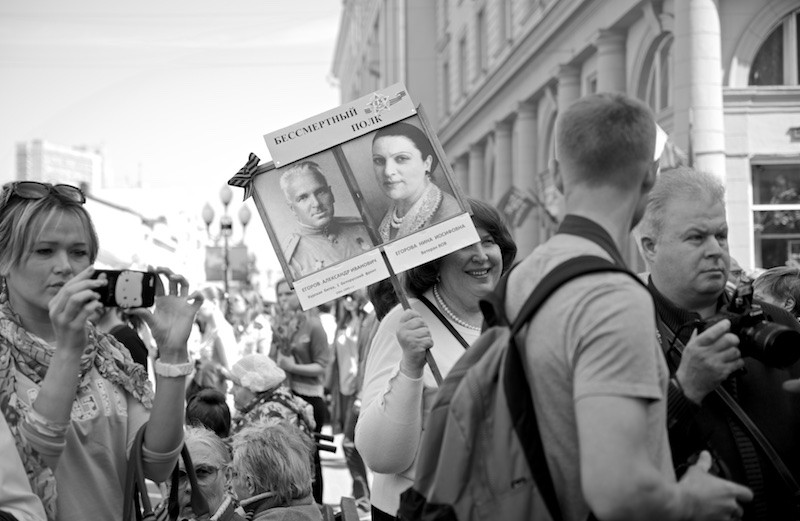 5. How few of such kind and smiley faces remains. They withstood pain and suffering, but didn’t lose strength of mind and faith in themselves and their nation. 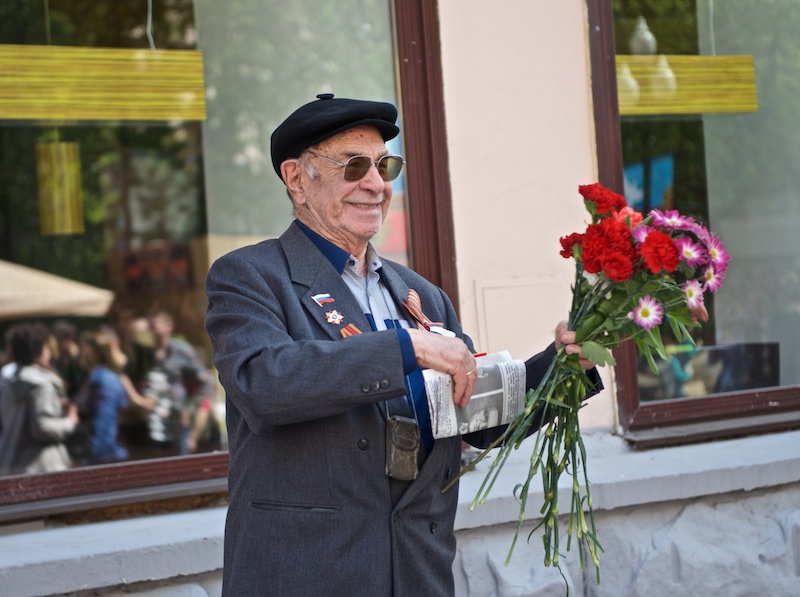 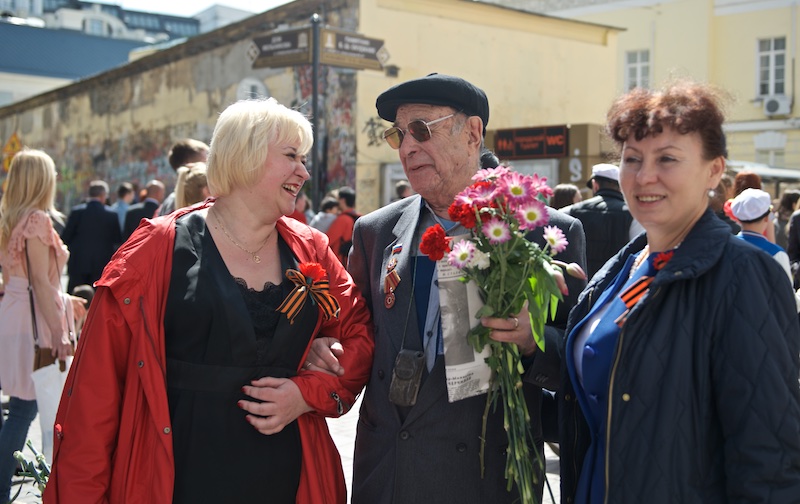 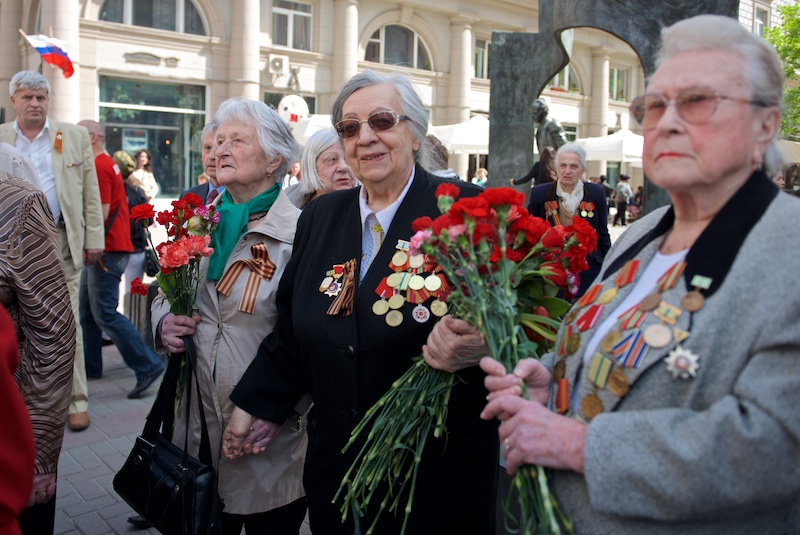 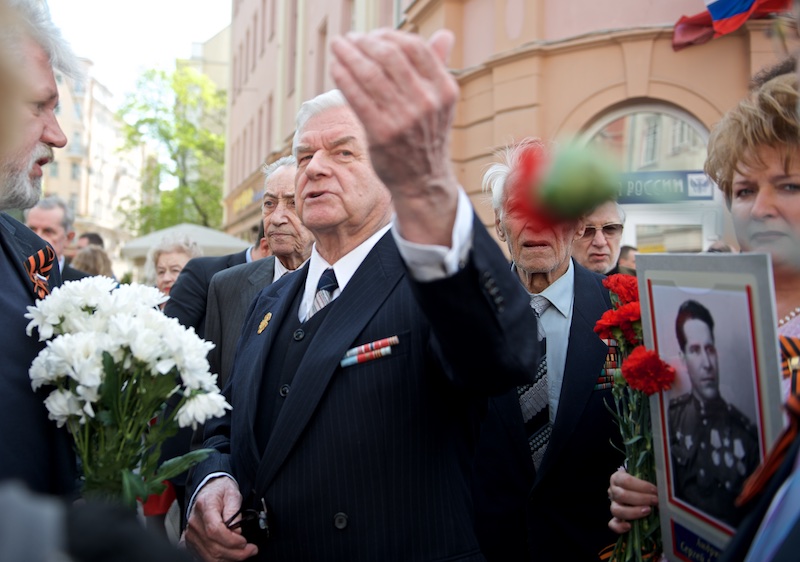 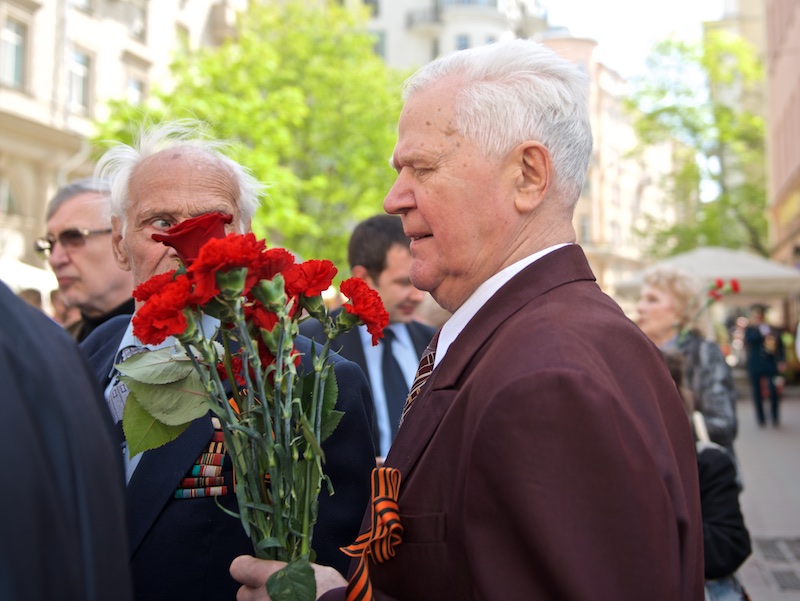 11. The column started its way through Arbat to the Red square. 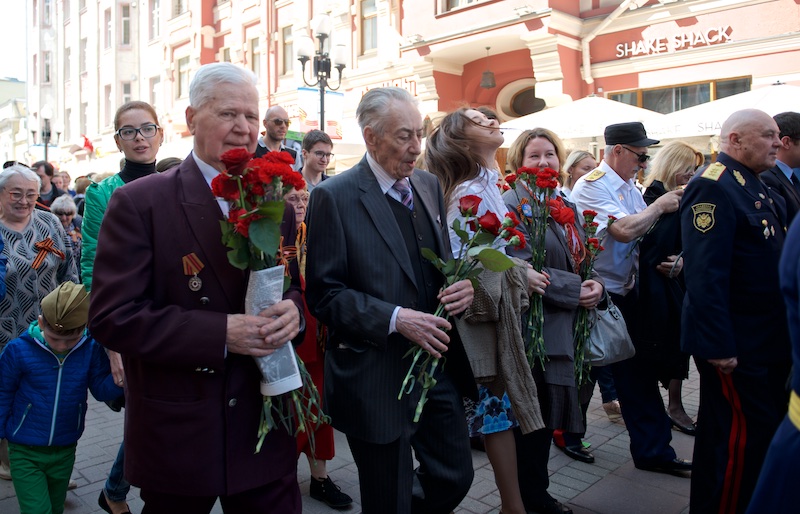 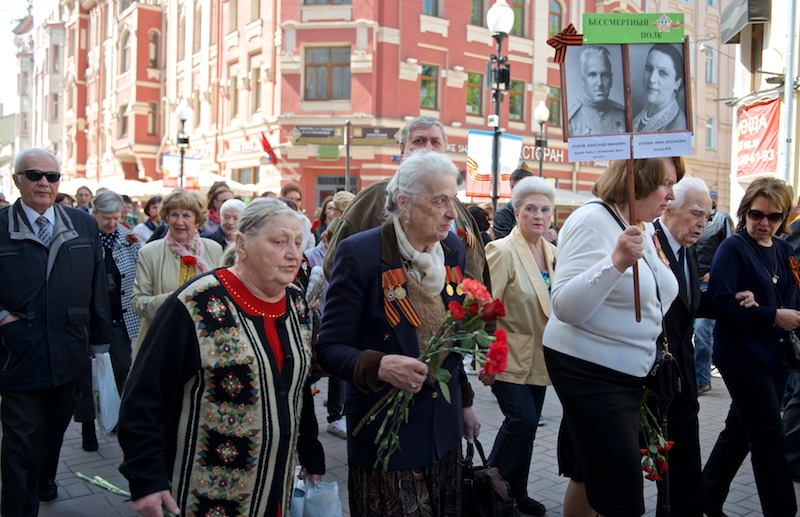 13. Younger generation presents flowers to veterans in honor to the Victory and as a sign of respect. 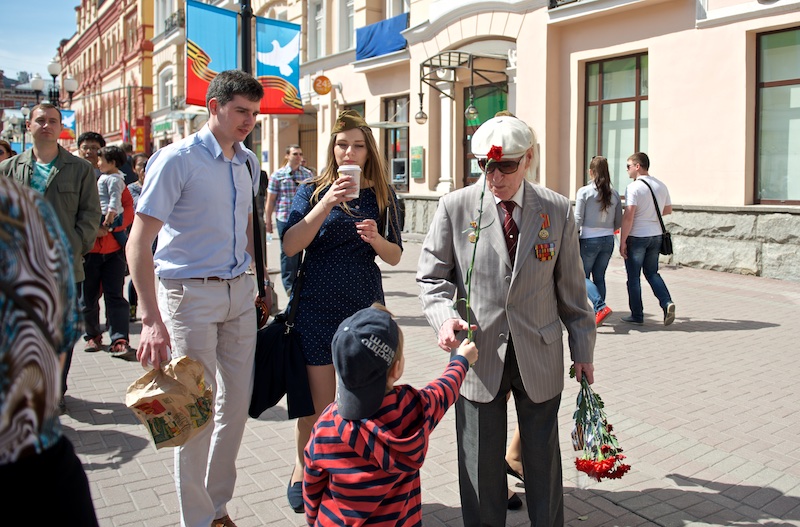 14. There are becoming less and less of such sincere and good-natured old people each year. This is very sad. 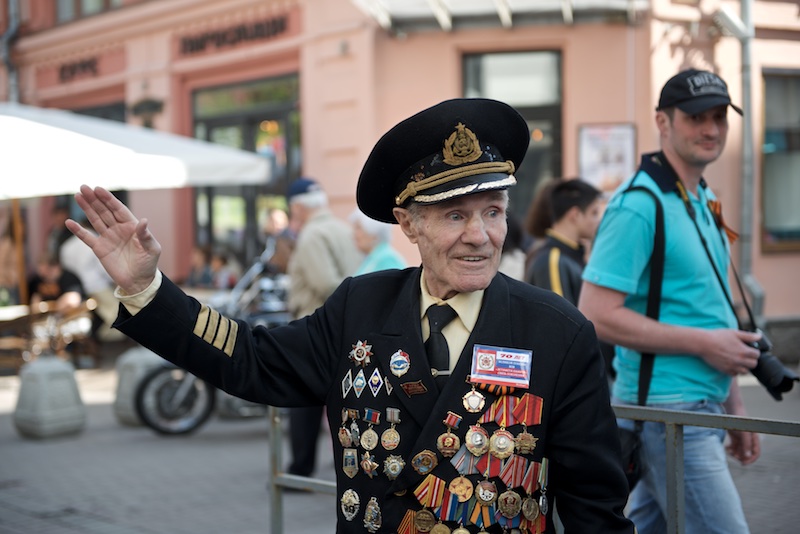 15. This veteran is participating “Memory baton: link through generation” program. People formed a queue to take a photo with him 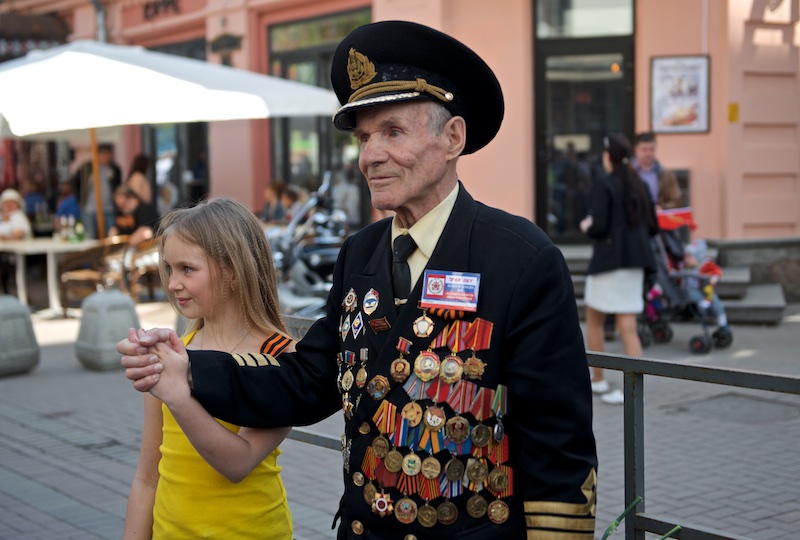 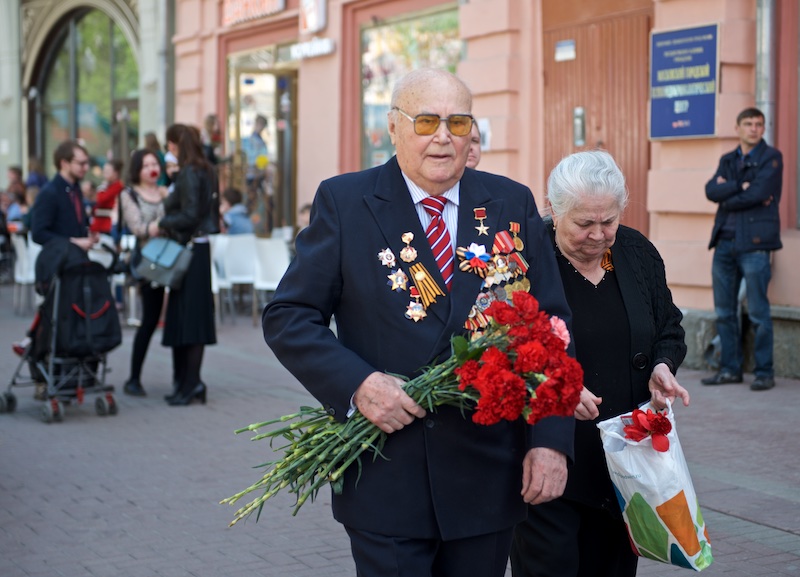 17. Art project “The saved world remembers” shows “victory” covers of foreign magazines, printed in May of 1945, that illustrate Victory moments from the entire world. Pictures of main fights of the Great Patriotic War and of the hero-cities are also used in the project. 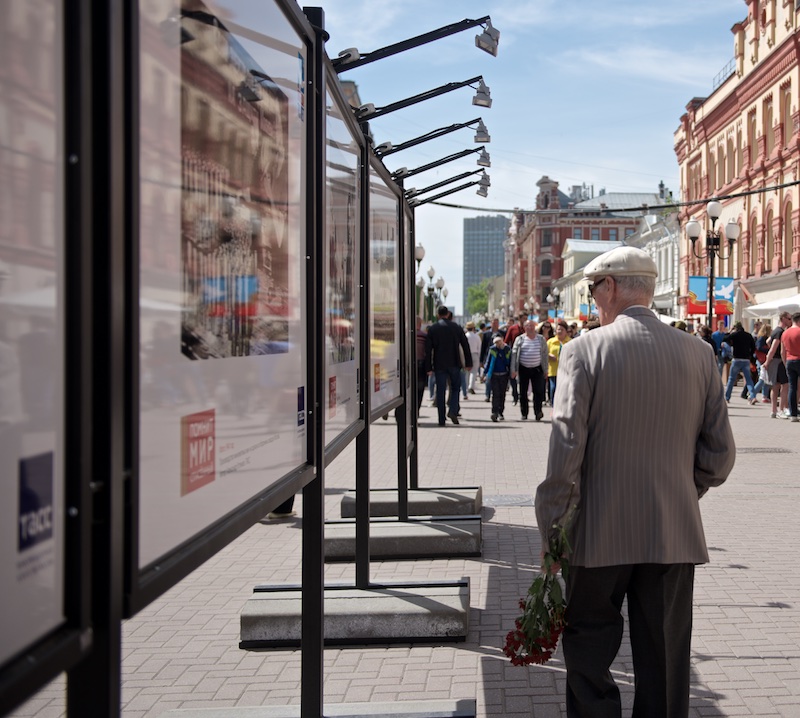 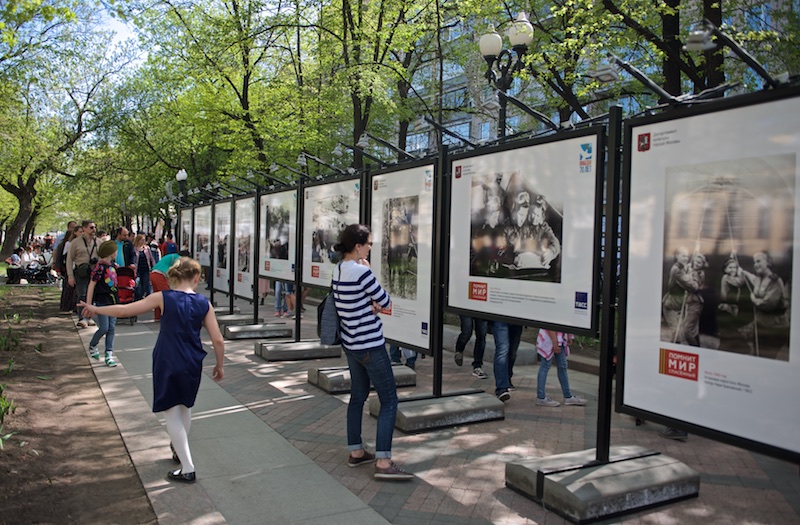 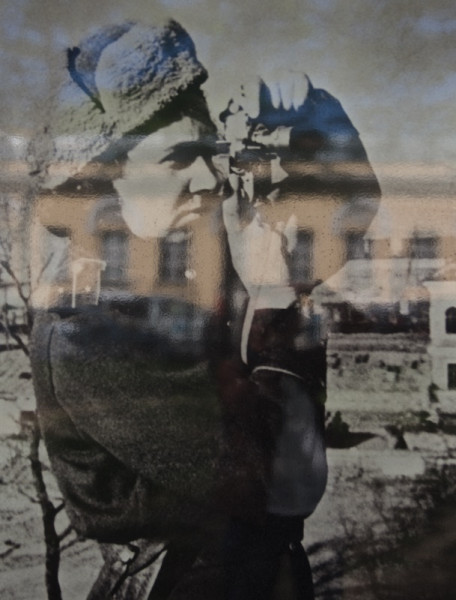 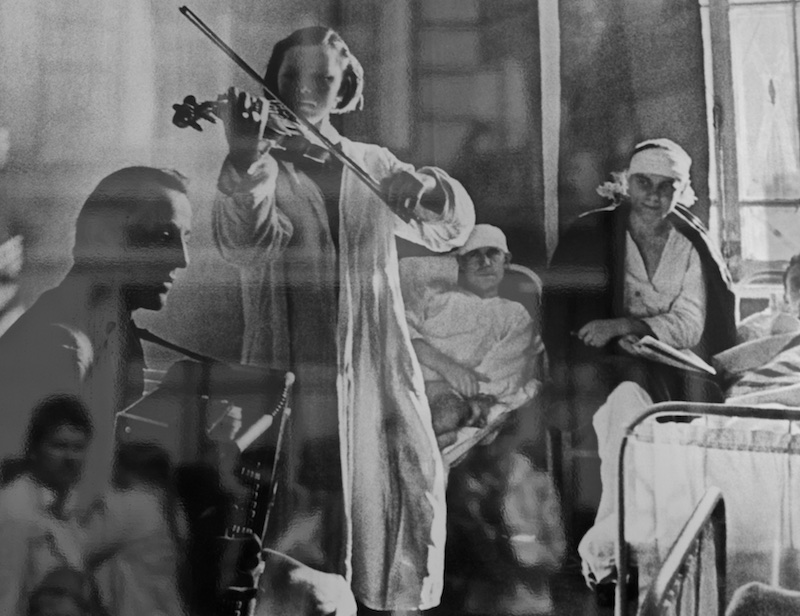 21. Waiting for a concert at Gogolevsky boulevard 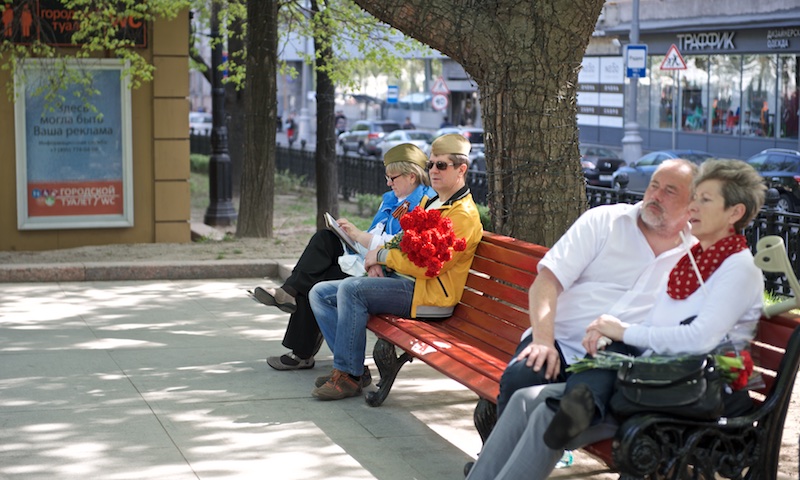 22. Before the concert at Gogolevsky boulevard 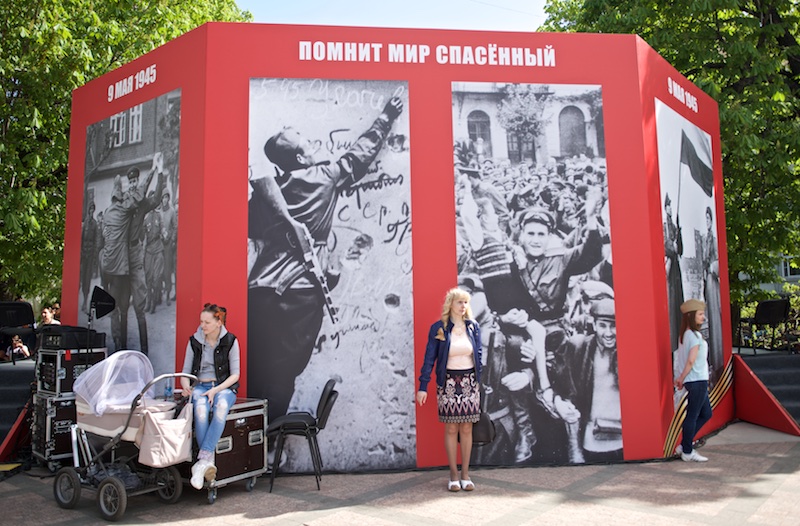 23. The main flower of May always starts blossoming before the holiday. 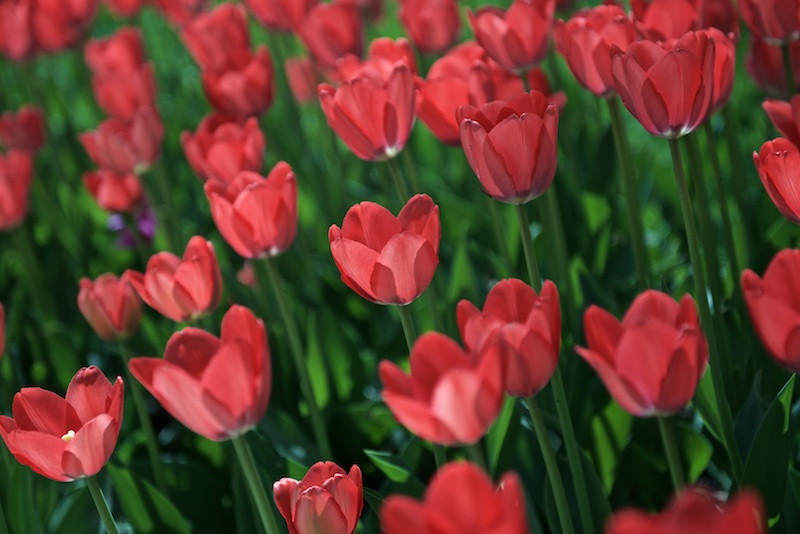 I think, today’s walk appeared to be usual, but sincere.

Source (text and pictures): Olga Sukhova (olgasukhova)
I would be glad if you share