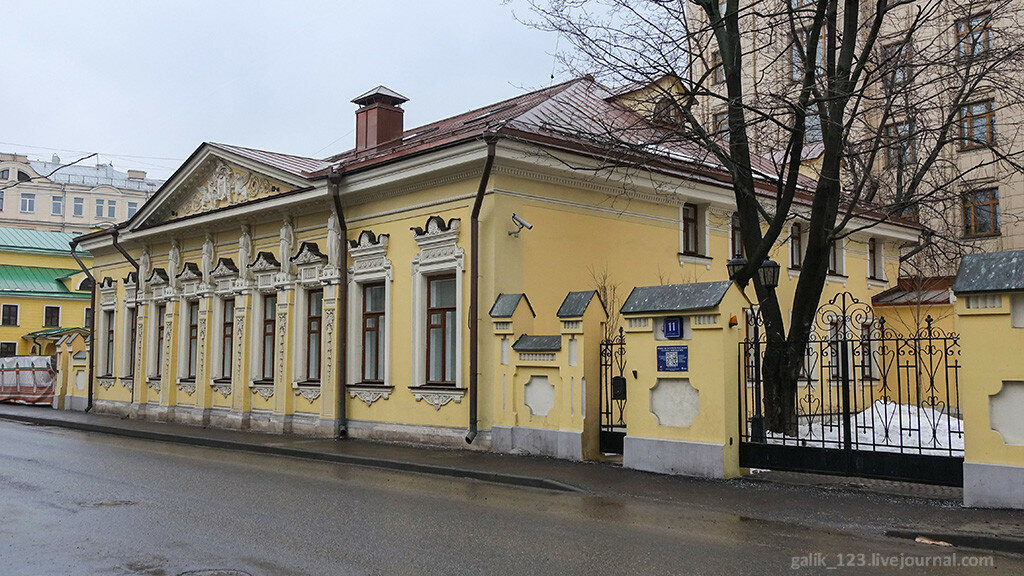 There is a true preserve for Moscow manors near Arbat and Khamovniki. All these lovely houses looked poorly earlier, but after the reconstruction they are as good as new.

1. Here, at Denezhny lane, that goes in parallel with Smolensky boulevard, behind the Ministry of Foreign Affairs buildings you can find the monument of architecture of 19th century, the object of cultural heritage. This is the main building of city manor of A.V.Tolstoy and M.S.Grachyov. The address is Denezhny lane, house 11, building 1. First, the house was just an imperceptible single-storey building. Conceivably, that was a wooden building, faced with coloured boards. Windows were framed with simple jambs. 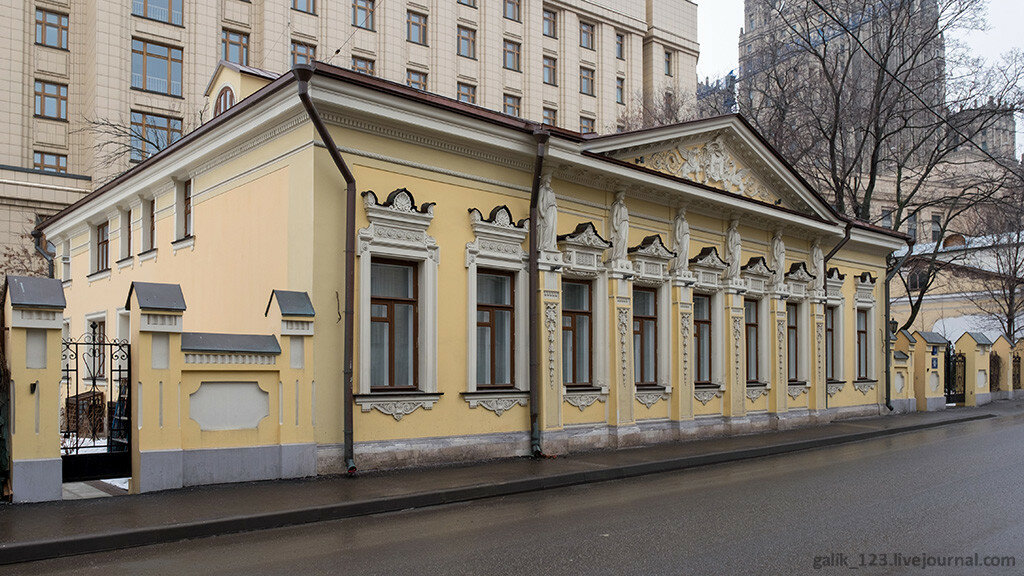 2. The house was built by the architect N.P.Krasnov in 1815 for the cornet A.V.Tolstoy (1770 – 1823). The cornet belonged to an untitled bench of Tolstoy family, so he was differing from the other inhabitants of the lane, who were rich merchants and manufacturers. Tolstoy participated the Patriotic War of 1812 and overseas campaigns. He was buried in the necropolis of the Donskoy Monastery. 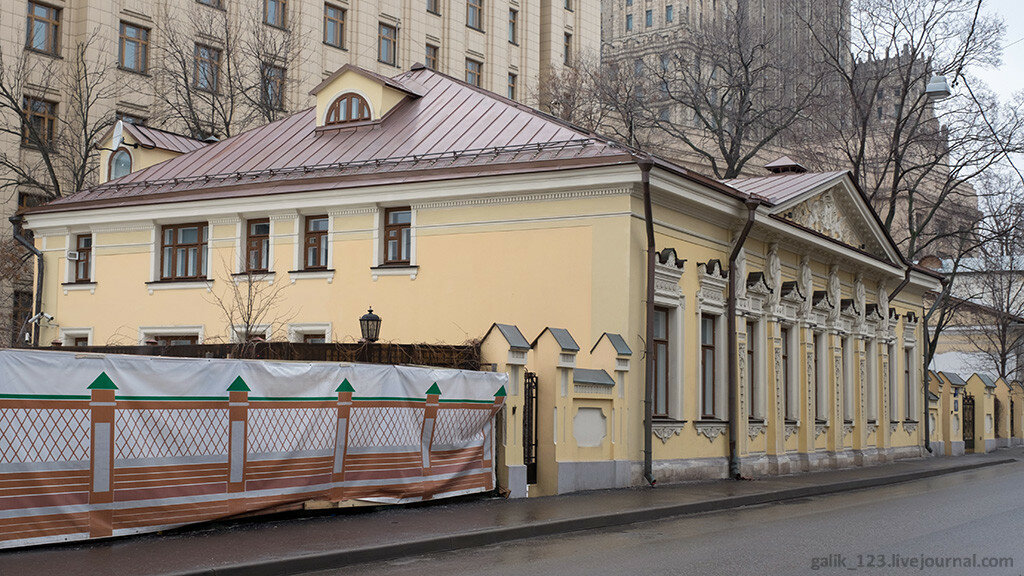 3. The building was reconstructed in 1884 by architect S.A.Elagin on demand of M.S.Grachyov, the new owner of the manor. The manor got a look, fitting its owner’s status and architecture trends of that time. Facade was plastered and filled up with some decorative elements, typical for Moscow Empire style. A lot of stucco, sculptures and a complex ornamental cornice appeared. There is a shield in the tympanum. It has an “MG” monogram and is held by two griffins. This house belonged to Mikhal Grachyov, the herediraey honorary citizen, the younger brother of Mitrophan Semyonovich Grachyov, who is known for a house at Povarskaya and Grachyovka manor. 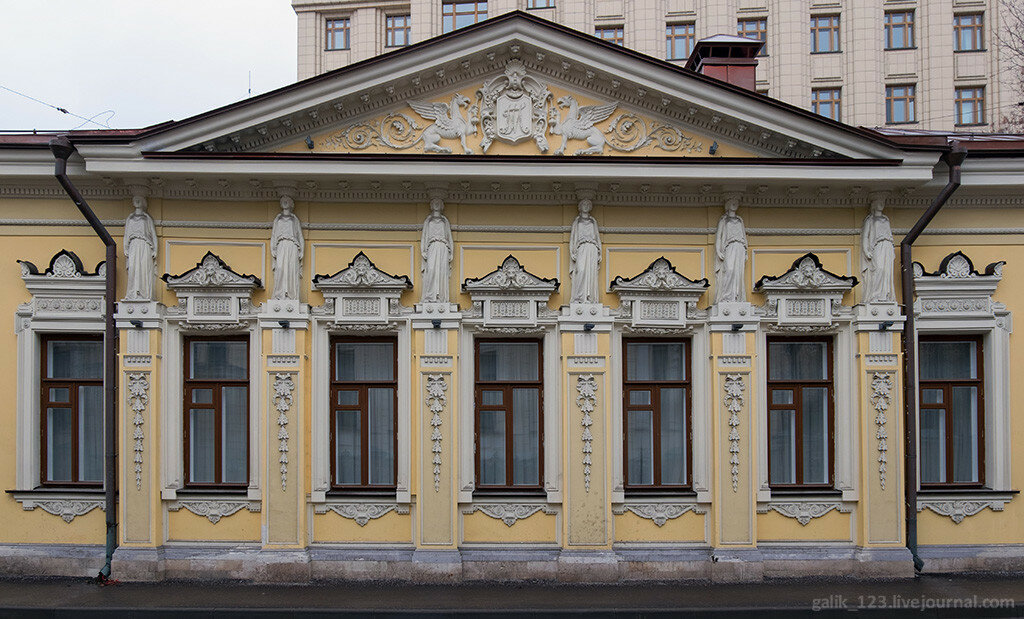 4. Center of the facade was decorated with a complex ornamental cornice, supported by six caryatids. 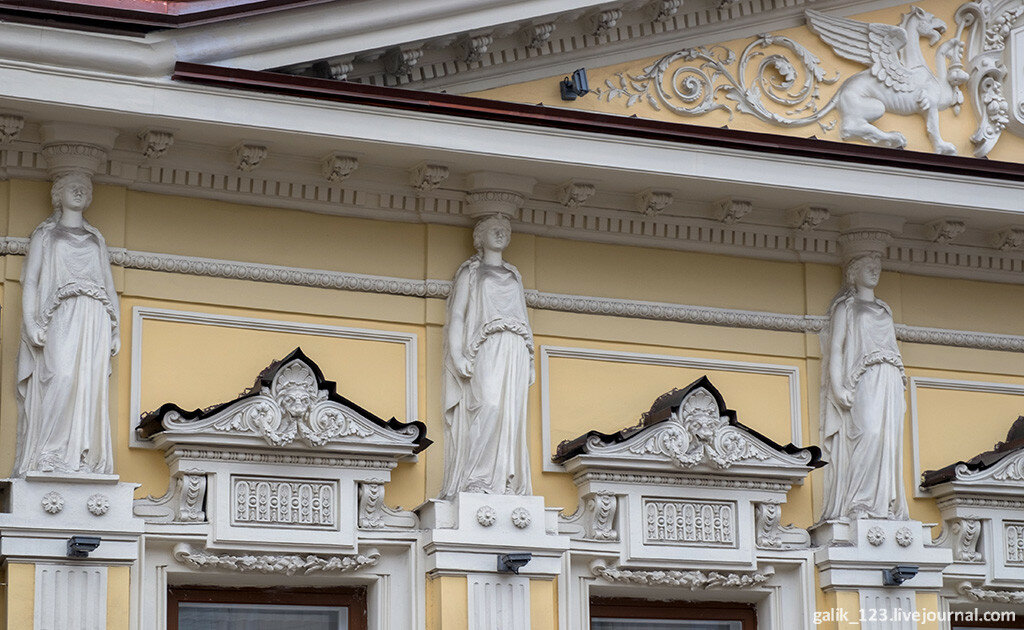 6. After the Russian Revolution in 1917 some State institutions and the Ministry of Foreign Affairs services settled in the house number 11 at Denezhny lane. However, the building retained most of the front finish, made by Grachyov. The manor was restored in 2013-2014. 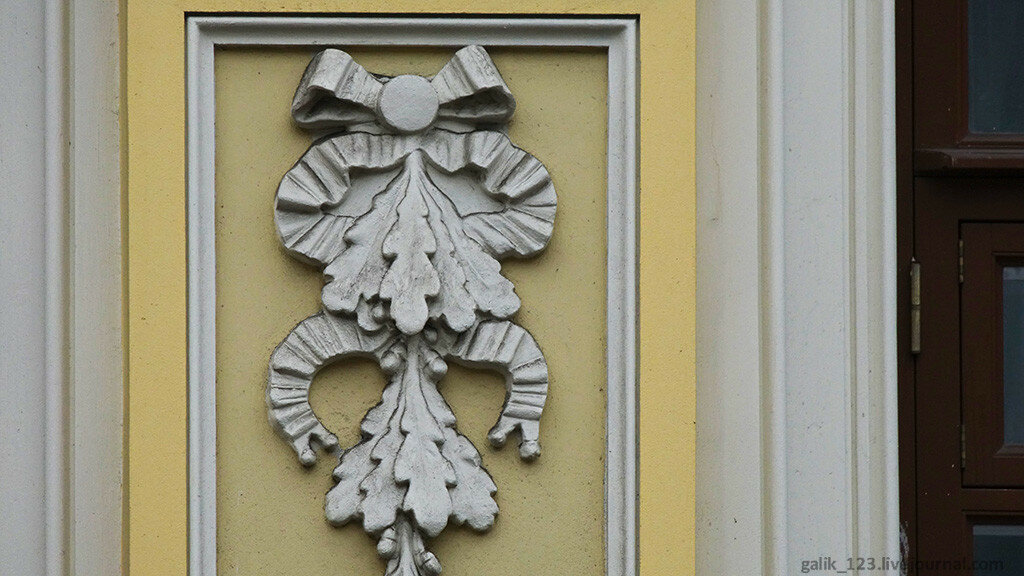 7. You can see a many-storied apartment house behind. It was built in 1914-1915 in Glazovsky lane, replacing a garden. 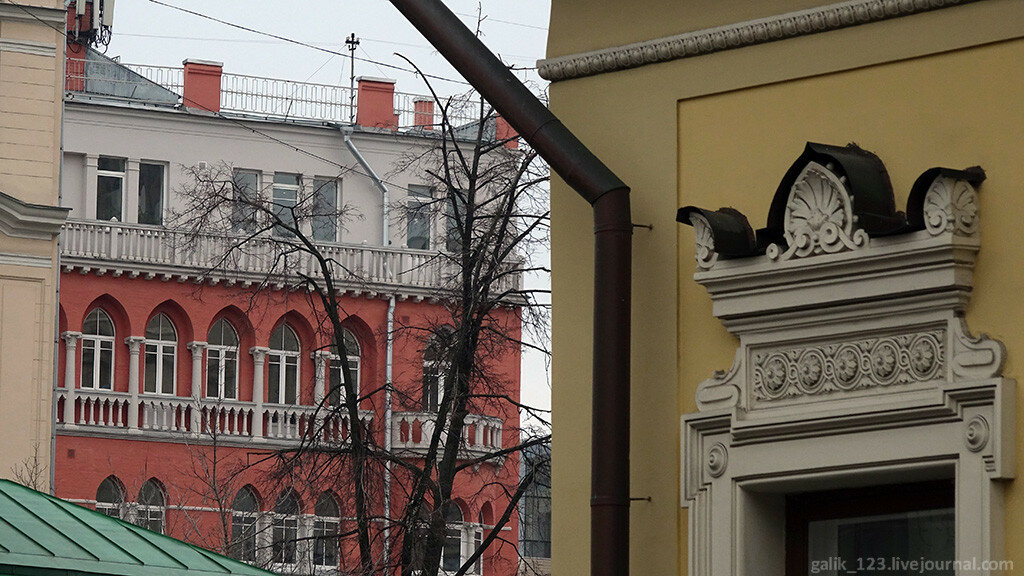 8. House number 7 at Glazovsky lane attracts attention by arrow-shaped, “gothic” windows and unusual balustrade at fifth floor. This is where apartment of its architect, P.P.Malinosky was located. 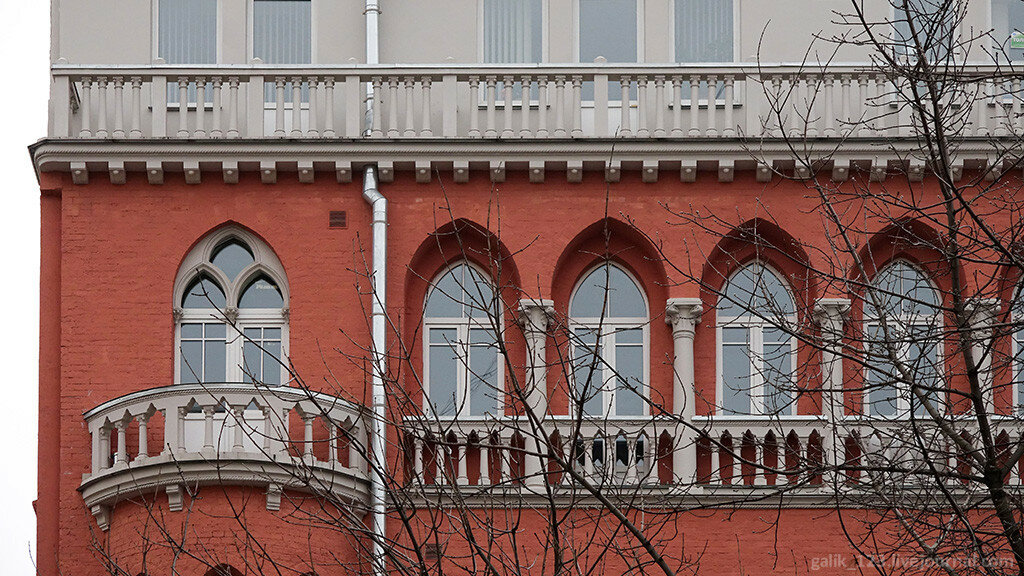 9. N.K.Kusevizkaya, a woman from rich capitalist family Ushakov was the owner of this house. Her fortune helped the music carrier of her husband, talented band-master and virtuoso contrabass player. They were living on the opposite – at the house number 8. 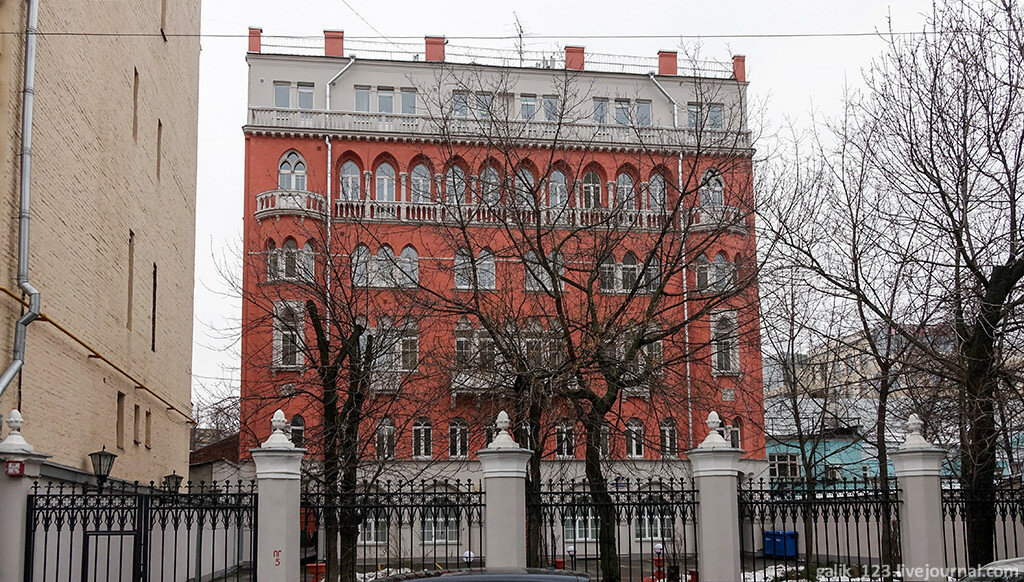 In 1920s the house at Glazovsky lane was occupied by Communist International hostel.