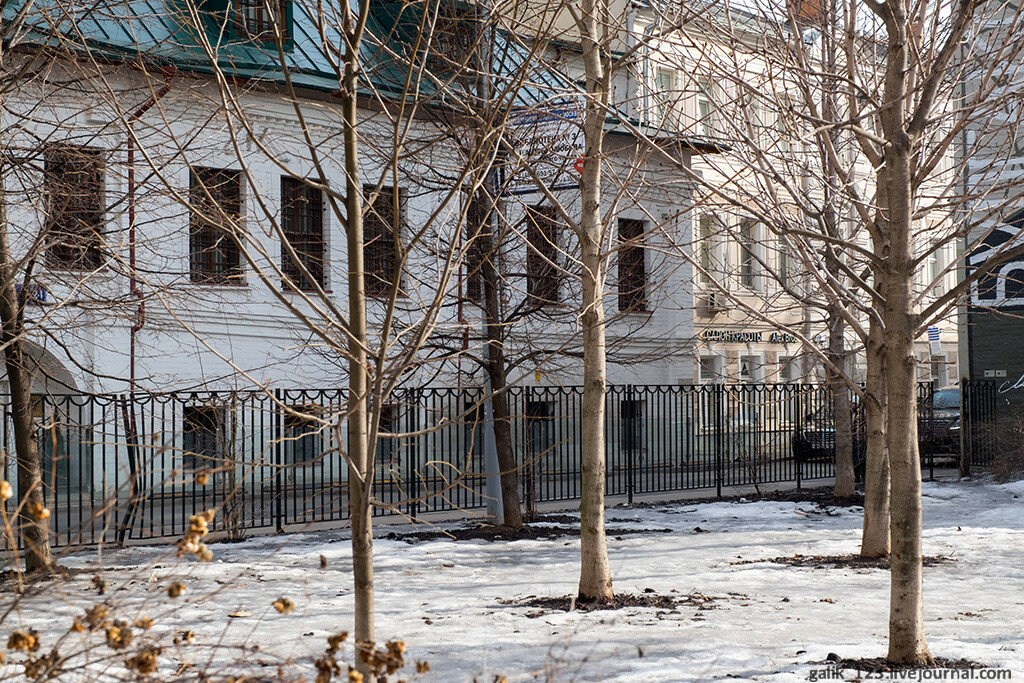 Some more pictures of the history and the present coexistence. Photos from thin lanes at the very heart of Moscow.

House number 24 at Bolshoy Afanasyevsky lane looks like ancient palace. It stands beyond the “red line” of the lane, which means that it had been built in 17th century. It was reconstructed and returned its historical look recently.

Zinoviev family was the owner of this house for more than 100 years (1649-1755), than it became property of Yusupov family. In 1776 earl Andrey Ivanovich, the great grandfather of Lev Tolstoy, possessed this palace. Lev Tolstoy’s wife’s brother, actual state Councilor Alexander Andreevich Bers was the last owner of this house. Lev Tolstoy, being married to one of Bers’ daughters, was visiting this place often. 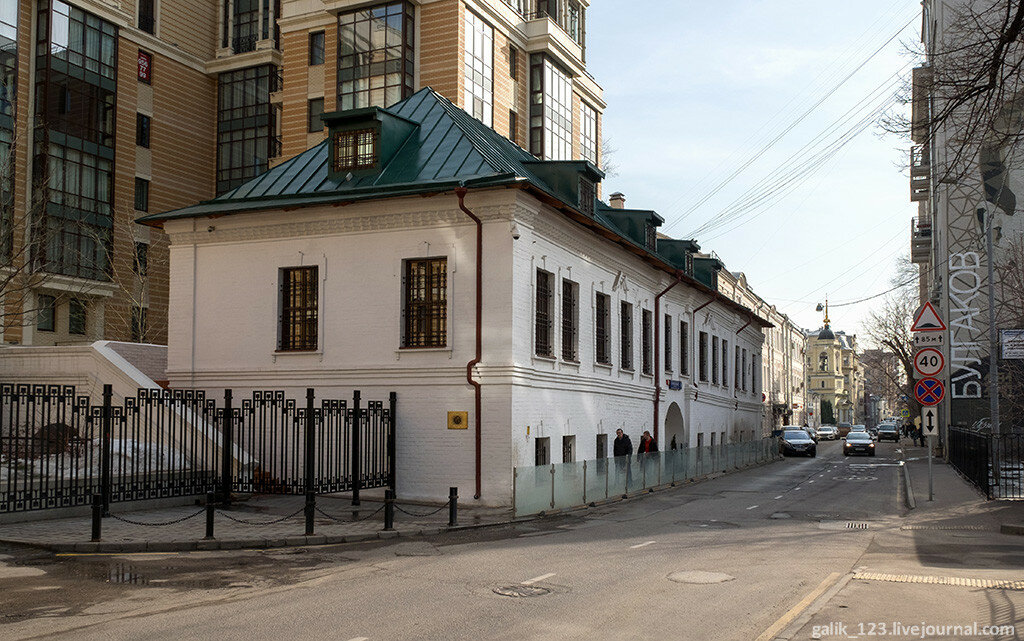 Butt-end of the house number 33, built on the opposite side of the street in 1914-1915 by the project of Valentin Dubosky, is decorated with a huge portrait of Mikhail Bulgakov. This six-floors-house high portrait appeared here in September 2014, as a part of the “Nasledie” (Legacy) project. There is Begemot the cat, the famous Bulgakov’s character above the portrait, but it didn’t fit into the photo, unfortunately. 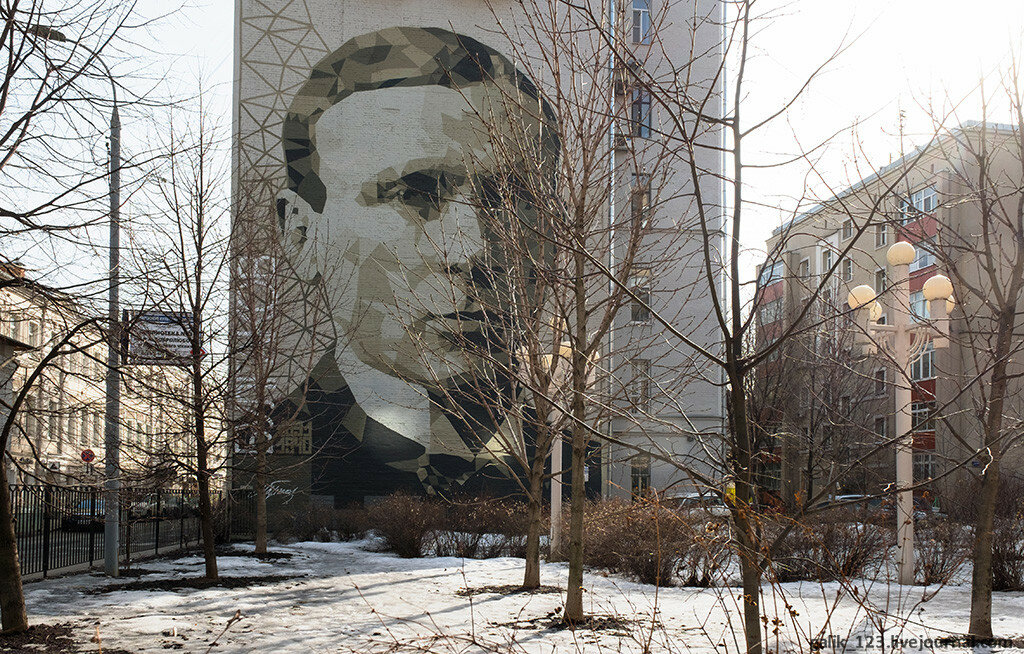 Many things changed here, at Arbat’s lanes, but something remained. Something imperceptible, something recognizable. Maybe this is the Arbat’s spirit? 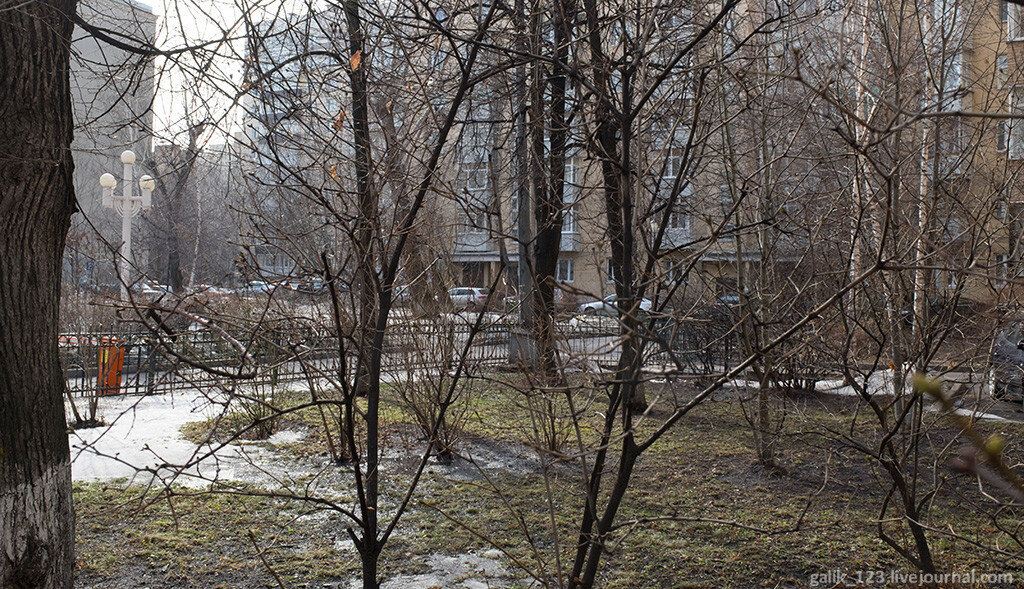 This is how Bolshoy Afanasyevsky lane looks in the direction towards Arbat. It starts from Gagarinsky lane as an extension of the Chertolsky lane, goes to the north in parallel with Gogolevsky boulevard, crossing Sivtsev Vrazhek lane. Maliy Afanasyevsky lane joins it from the right. After that, the lane meets Arbat and continues as an Arbatsky lane, that connects Arbat and New Arbat. 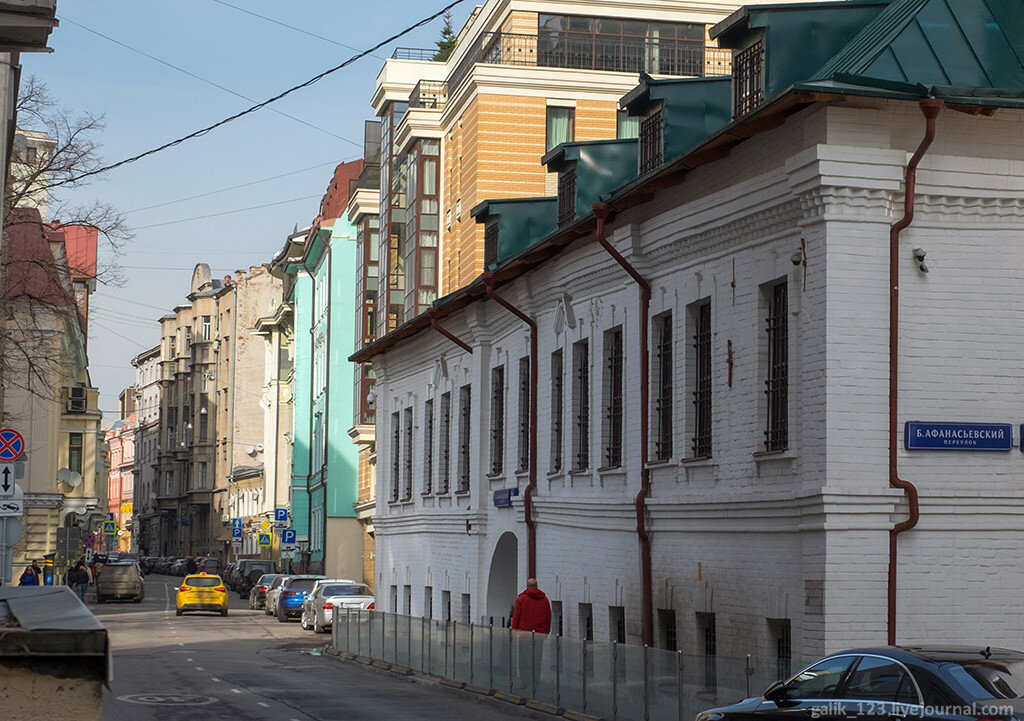