Aviamotornaya is a beautiful metro station. It is located not in the center, but in the east, outside the Third Ring Road. However, the metro is raising, so it will be possible to refer it to the central stations soon.

The station was opened by the 1980 at the Kalininskaya line. Aviamotors, mentioned in the station’s name became the main theme of its design. 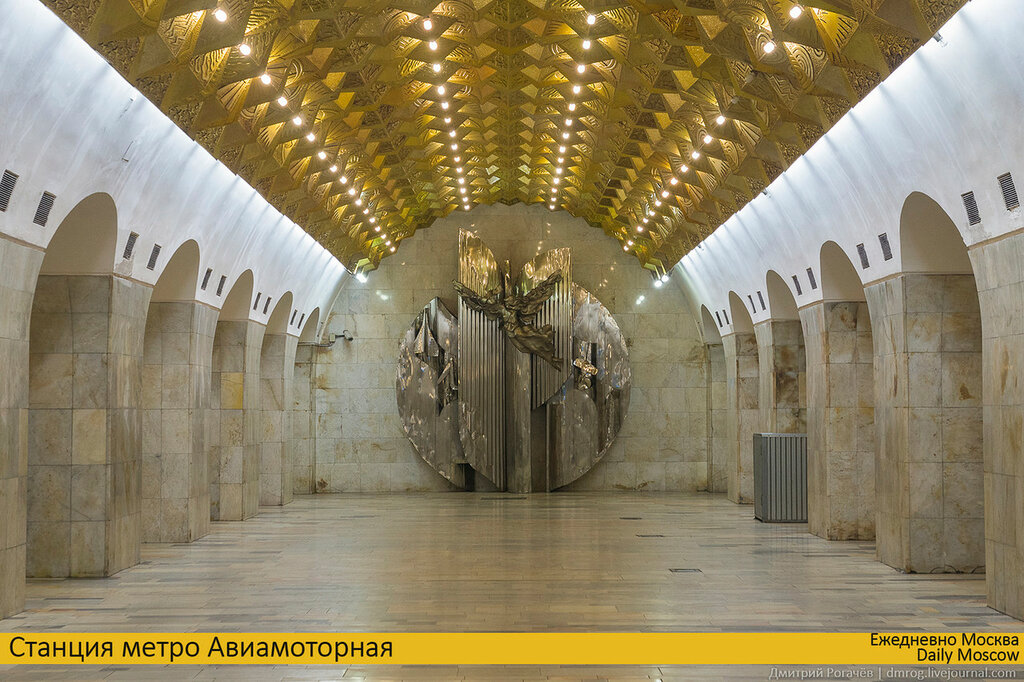 1. The station is located under the Entuziastov highroad, at the place where Aviamotornaya street is crossed by the Kazan railway line. Railway station Novaya is nearby.

2. The columns form three vaults. The depth is 53 meters 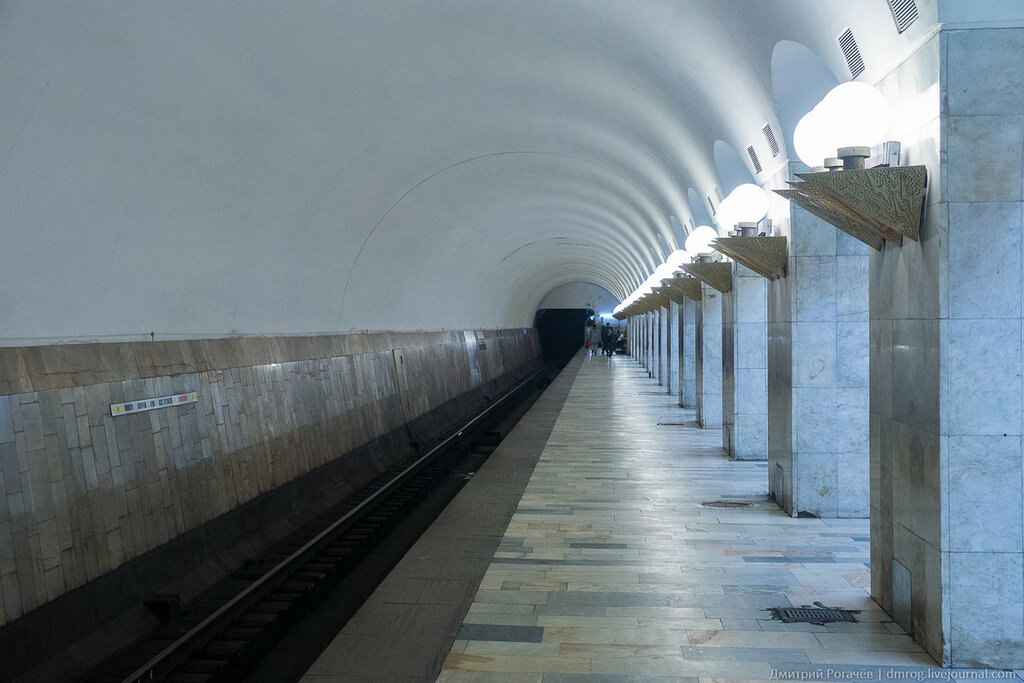 3. The station’s design is dedicated to the aviation engines constructors (J.Bodniek, H.Rysin are the sculptors, A.Moseychuk is the artist), the station is designed in light colors. The floor is laid out with tiles of different shades of grey. The columns and walls are tiled with the light marble. The gable is covered with white polished marble and decorated with a sculpture of metal. The background made of vertically corrugated silvery sheets of metal, represents upward airflows in which Icarus soars. There are some planes of different ages and propellers, flying upwards. 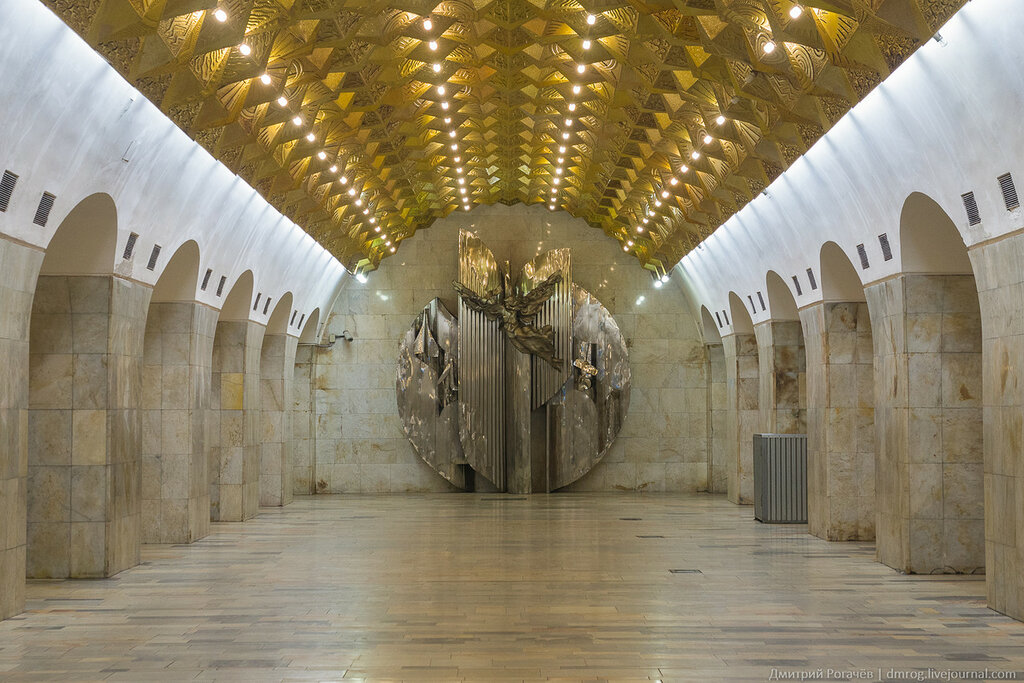 4. Shining silvery blades of a plane and bypassing “windflows”, are hanging above the exit. 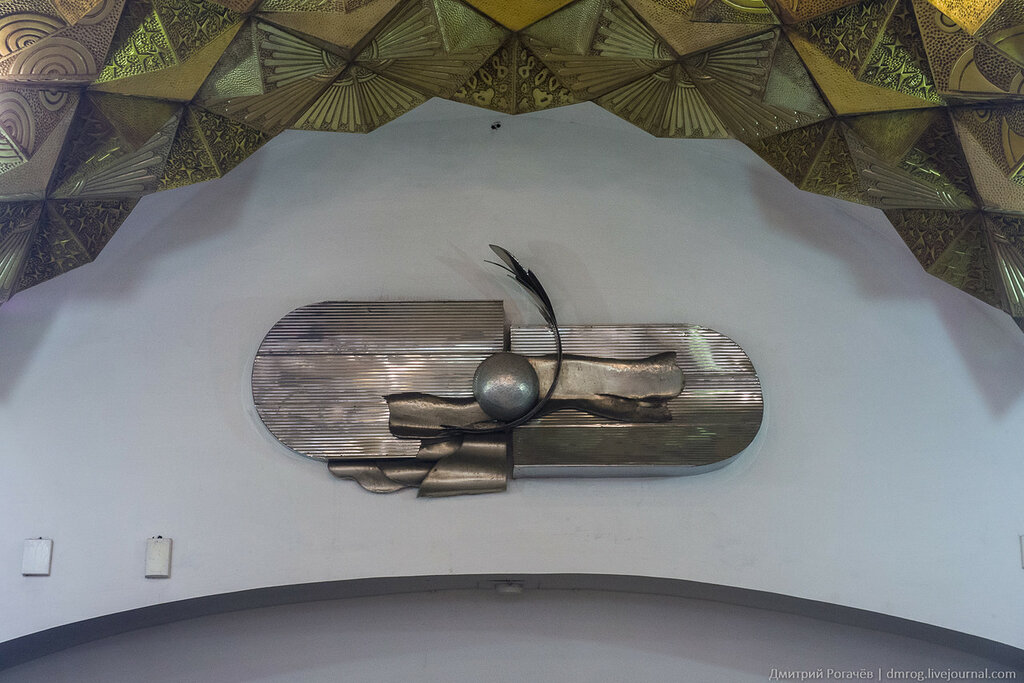 5. The vault is decorated with a dome, composed by small quadrangular pyramids. It looks like a fairy flying carpet, soaring above the heads. A few pictures form a flower with a bulb in center – just like a star in the sky. Golden embossed panels form the hanging ceiling. Each panel has different picture on it – some constellations or dispersing sunbeams. 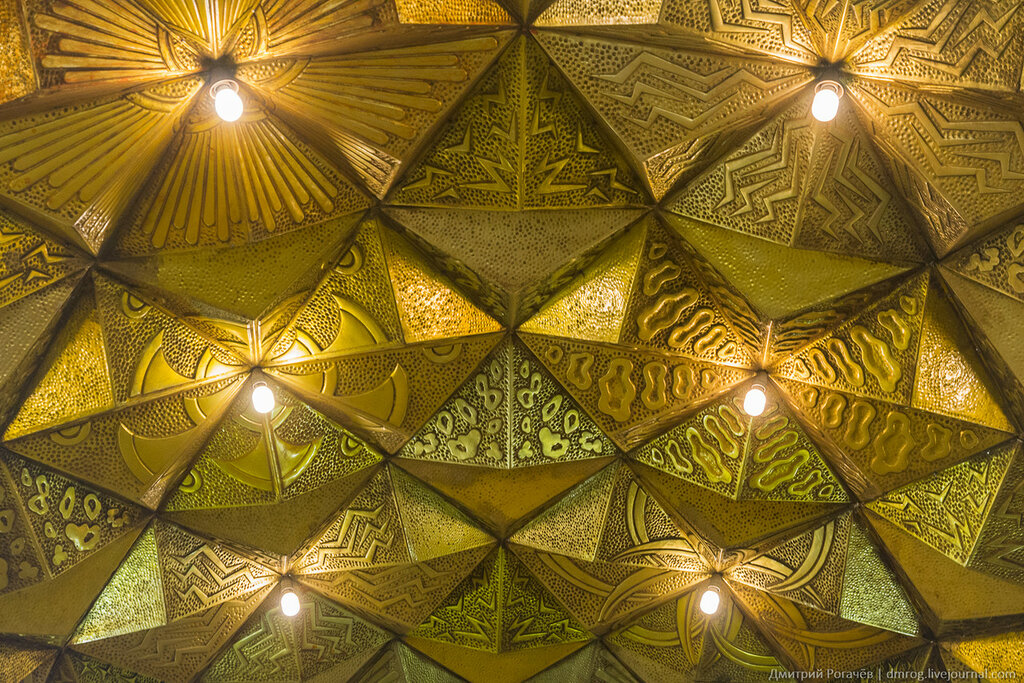 6. Unfortunately, this station is also known for a tragedy. 17th of February 1982 one of the descending escalator broke up: the steps chain disconnected from the engine. The breaks didn’t trigger, so the escalator was accelerating. Due to the thong 8 people died. Many people were harmed because of jumping to the balustrade, that couldn’t handle a human weight. 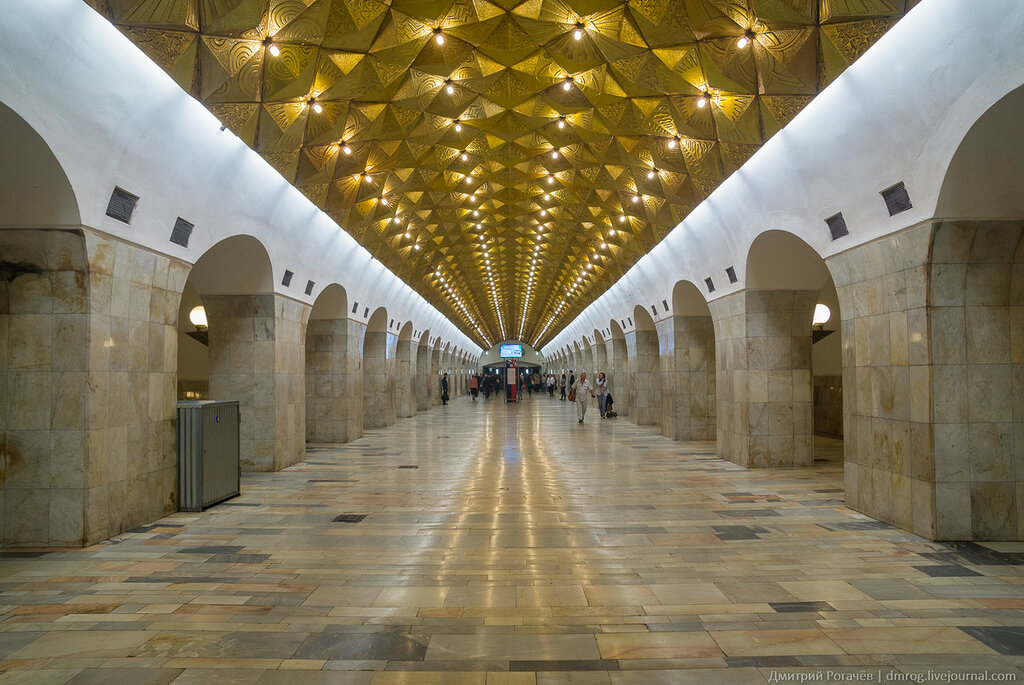 7. Unfortunately, the tragedy was ignored by the mass media. It was “not proper” to talk about the problems and somebody’s guilt.