An unusual girl were living in Moscow in 2080s. People were reading about her adventures a hundred years before she was even born and dozens of countries were watching her. No guarantee that this avenue would even remain until her birth.

I’m talking about Alisa Selezneva – one of the most famous characters of Russian fantastic books and movies. Kir Bulychev, her literary “father” became one of the best known fiction writers in Russia, and the character is immortalized at Moscow map! 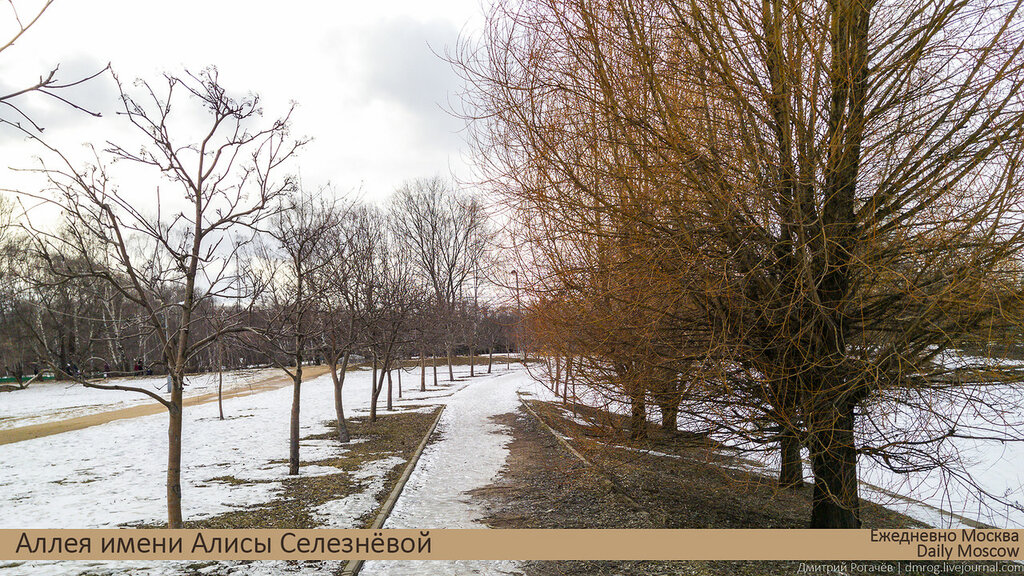 1. Imagine yourself at Druzhby (friendship) park near Rechnoy vokzal metro station. To find the avenue, you need to exit the south metro hall and walk through the park diagonally.

2. There is a “Friendship” sculpture in the center of the park between the ponds. Use it as a landmark. 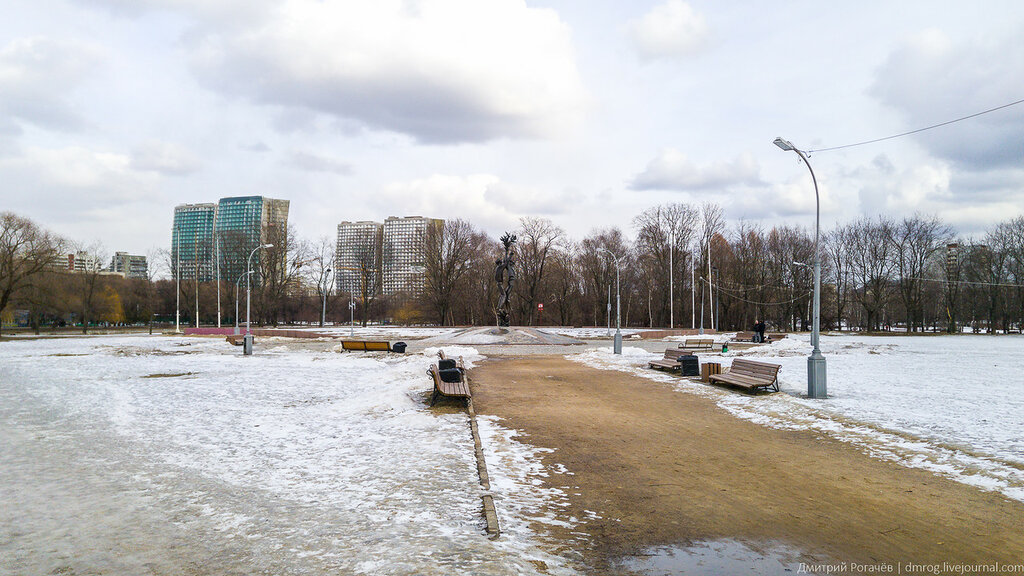 3. This small avenue passes along the last pond. It contains 25 rowans. 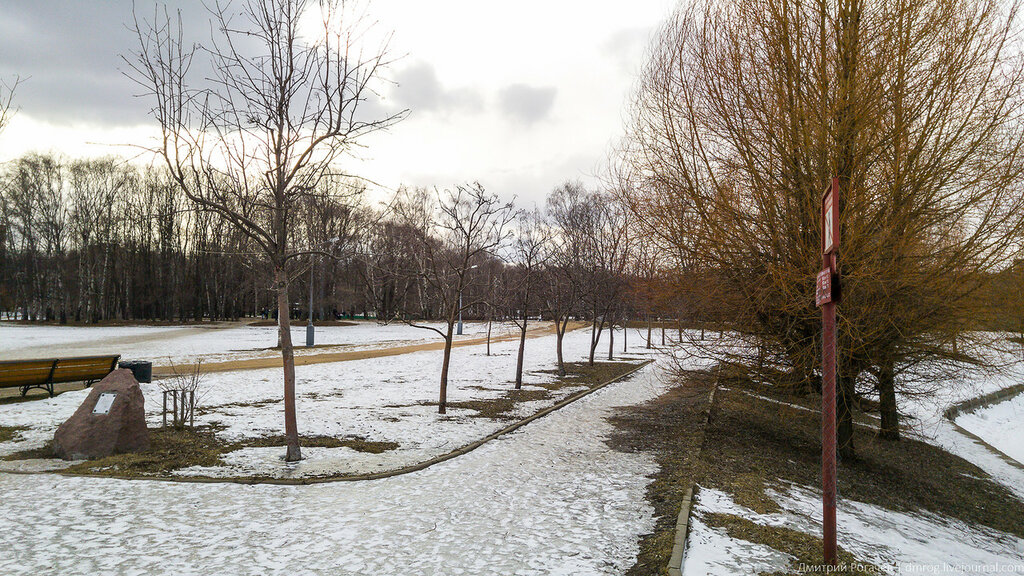 4. It is small and unremarkable. Not every passer even notices the memorial rock. 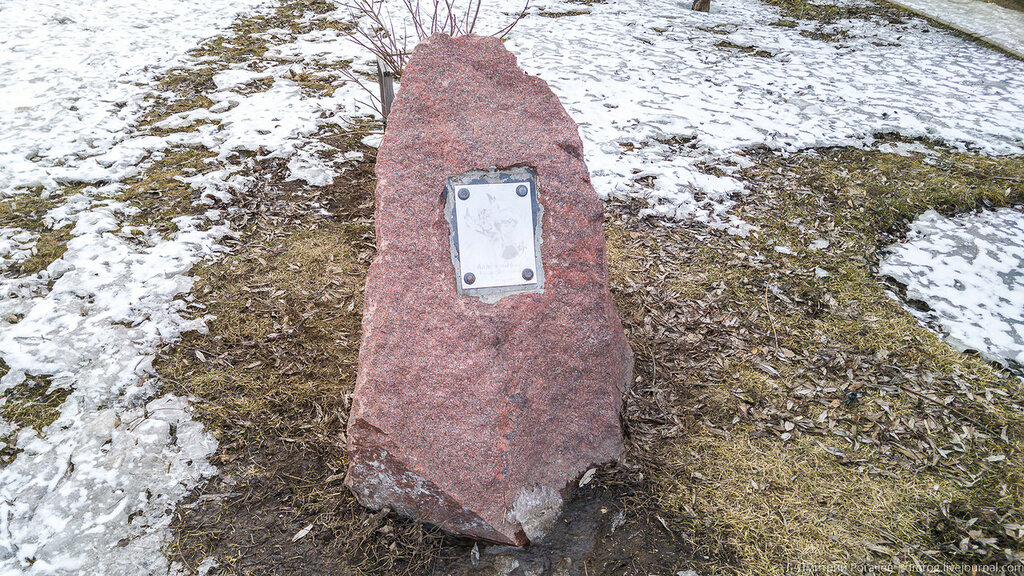 5. The problem is that the nameboard is hard to read, it glares and reflects the light. “Alisa Selezneva avenue. October, 2001”. 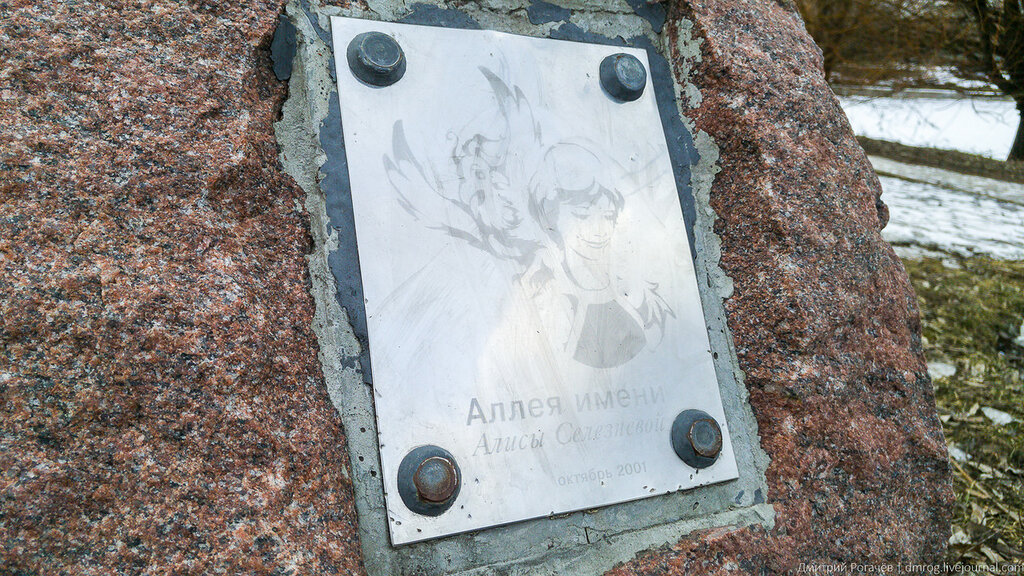 6. Few people know about the prize “Alisa”, that is being give within the “Roskon” festival. “Alice” prize is being given to the best work of children and teenagers’ fiction, published last year. The prize is devoted to the memory of Kir Bulychev, who’s made so much for these genre. The organizing Committee forms and publishes nomination list, that is complementary to other nominations of “Roskon”. The winner of the prize is being selected by the Committee and Kir Bulychev’s widow – artist Kira Soshinskaya. 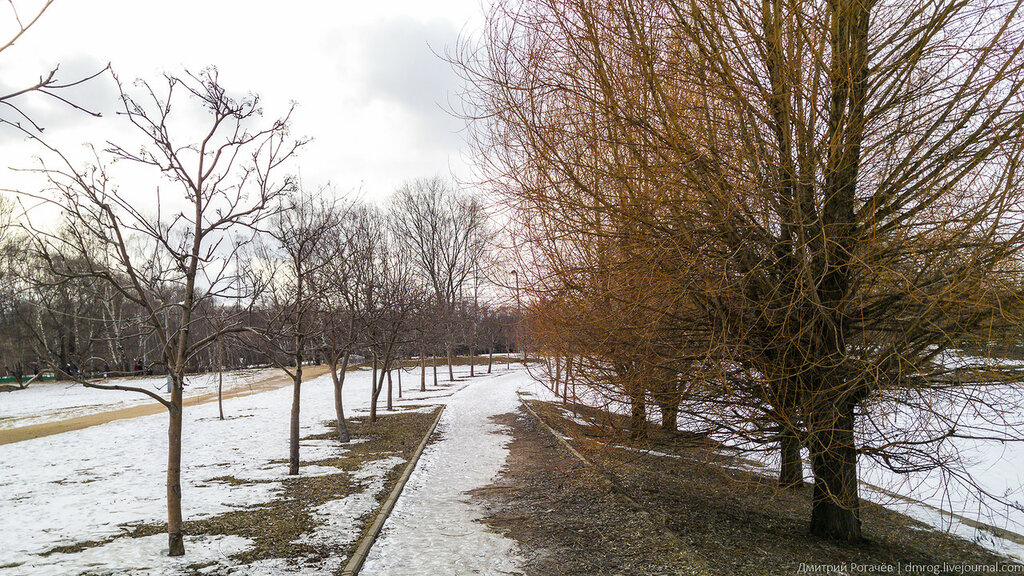 7. Did you know about this place before? 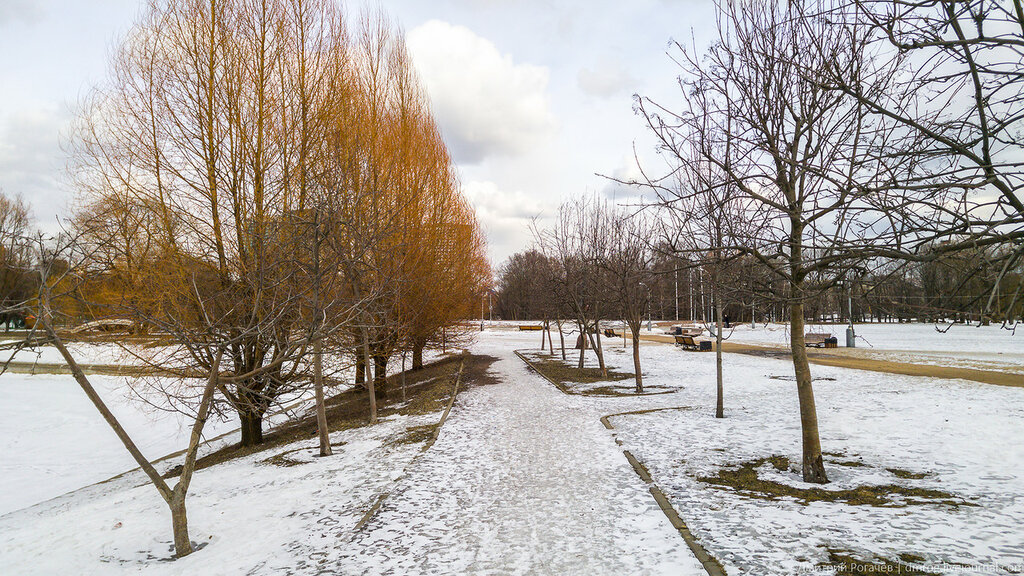