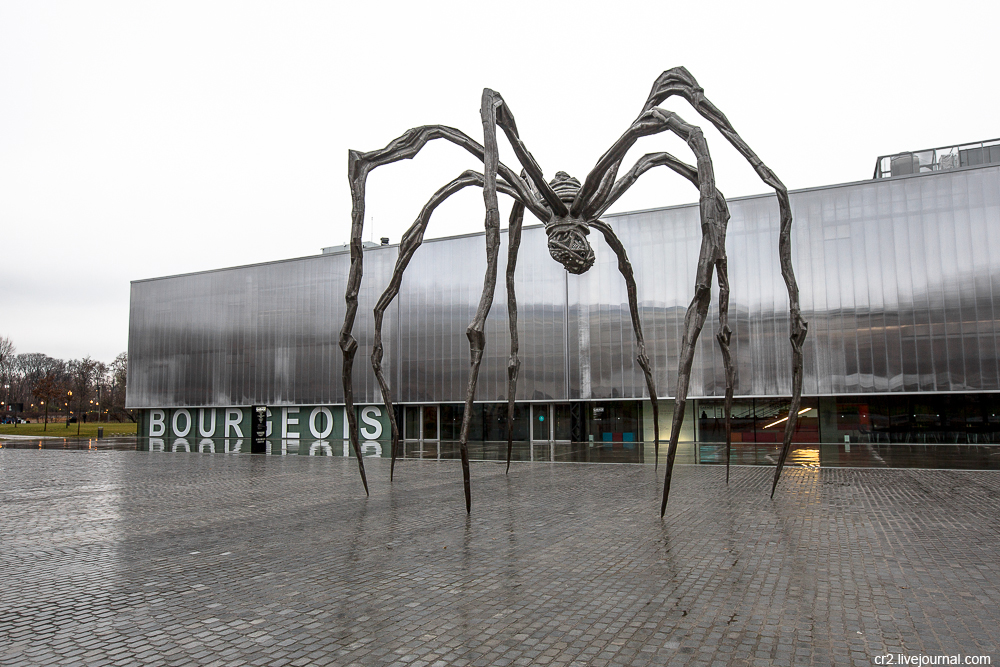 1. American sculptor Louise Bourgeois’s work appeared at Moscow Gorky Park in September. It is a prelude to an exhibition “Louise Bourgeois. Reality structures: Cells”, which is taking place at The Garage Museum of Contemporary Art. The spider is welcoming guests!

2. “Maman” is the biggest sculpture made by the author (it was constructed in 1999). The spider is standing on 8 legs and protecting a net with ten marble eggs, connected to its belly. 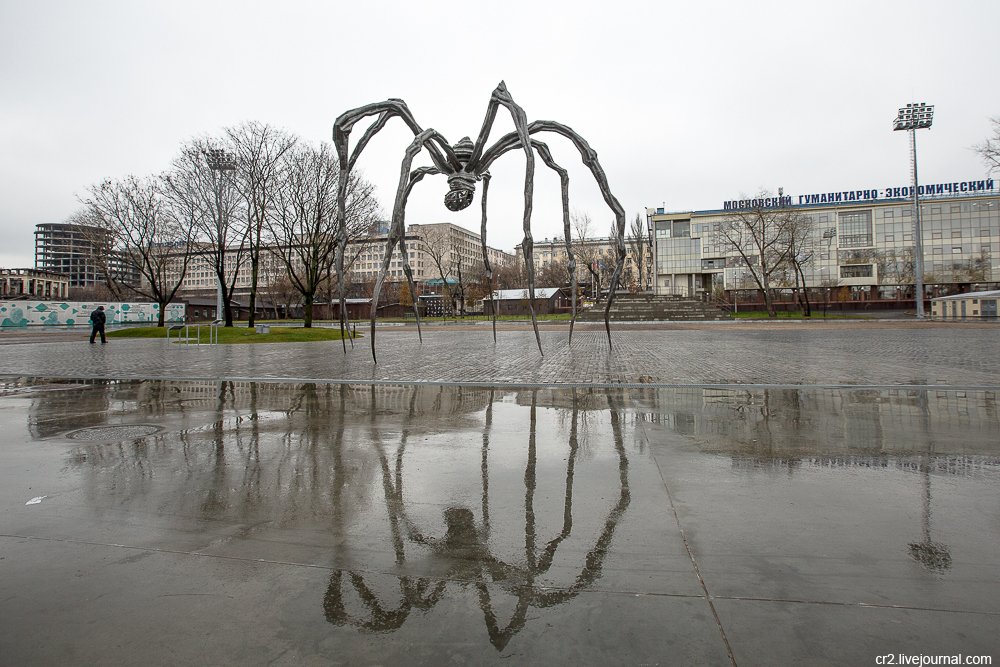 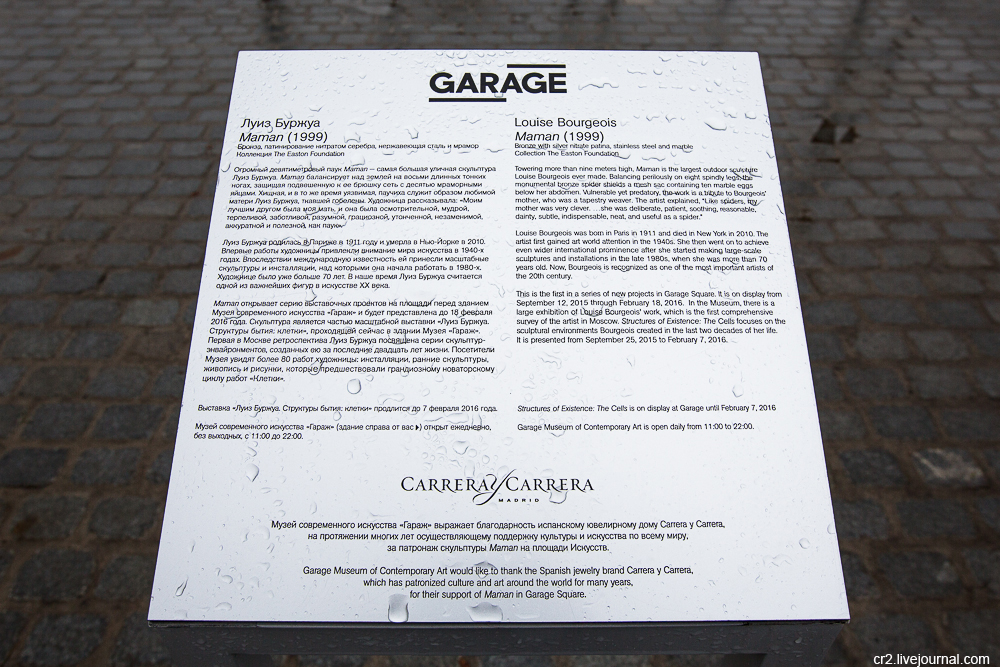 4. Predatory, but vulnerable animal is dedicated to Louise Bourgeois’ mother. The sculptor admitted that mother was her best friend, wise, attentive, judicious and accurate, like a spider.

“Like spiders, my mother was very clever. Spiders are friendly presences that eat mosquitoes. We know that mosquitoes spread diseases and are therefore unwanted. So, spiders are helpful and protective, just like my mother.” 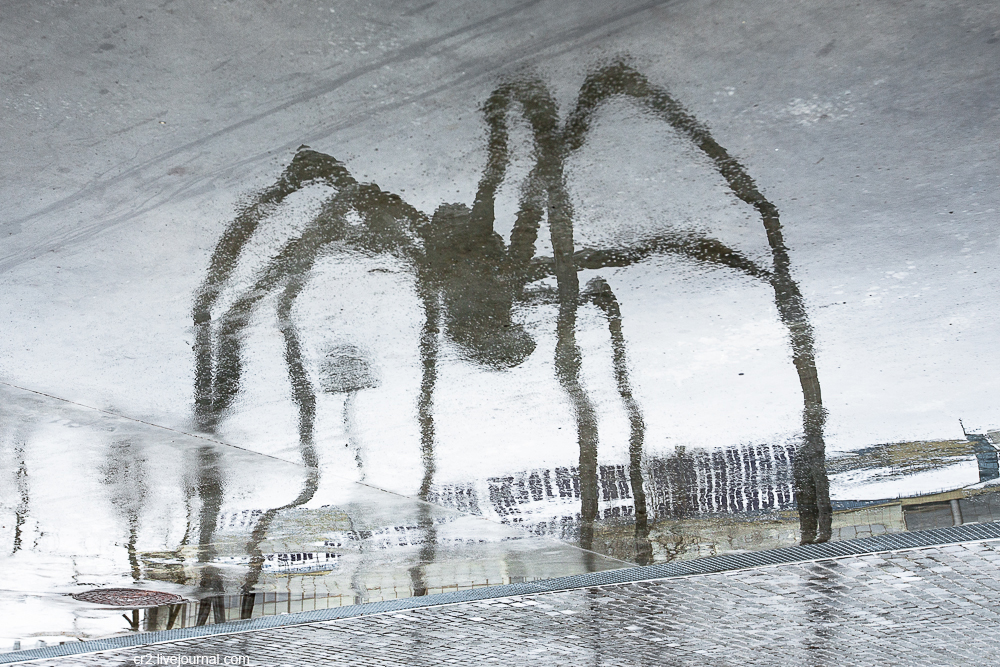 5. Bourgeois is known to be one of the most important persons in 20th century’s art. She was born in Paris and died in New York. She became famous for large-scale sculptures she were creating in 1980s, but her first works appeared in 1940s.

She first introduced some works in environment-installation genre on a personal exhibition at “Peridot Gallery” in 1949.

The sculpture is made of bronze and stainless steel. This spider is not the first one in series. Its “elder brother” appeared in 1994. 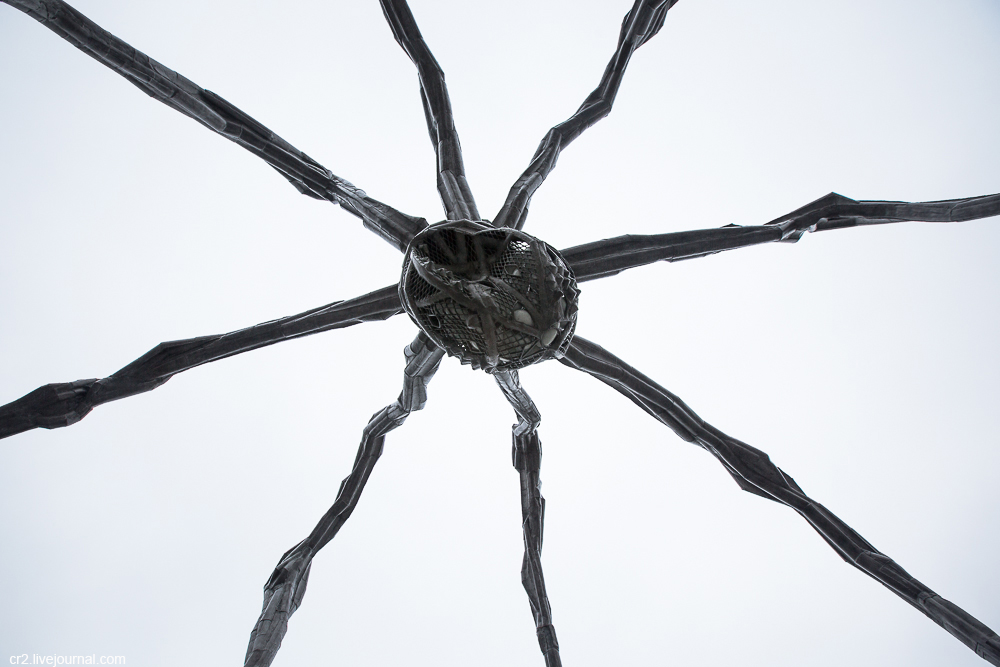 6. The “daughter” – a smaller copy of this sculpture is placed nearby. 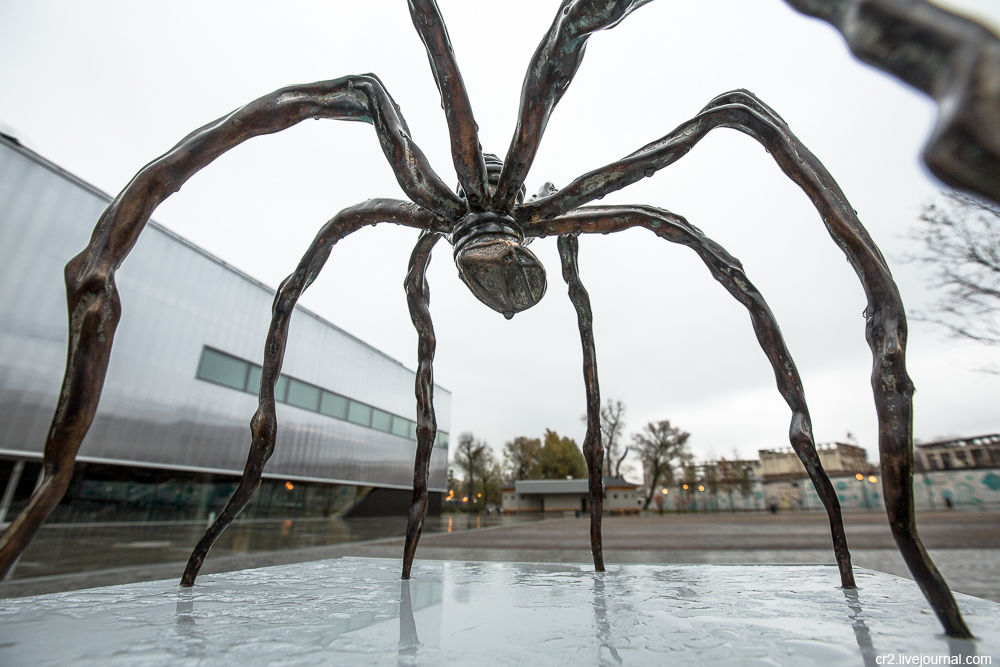 7. Compare the sculpture’s height to an old woman’s to estimate the scale.

The exhibition will be taking place until 7th of February 2016. You can see more than 80 of the sculptor’s works there: installations, early sculptures and artworks.

“Maman” will be there until 18th of February. 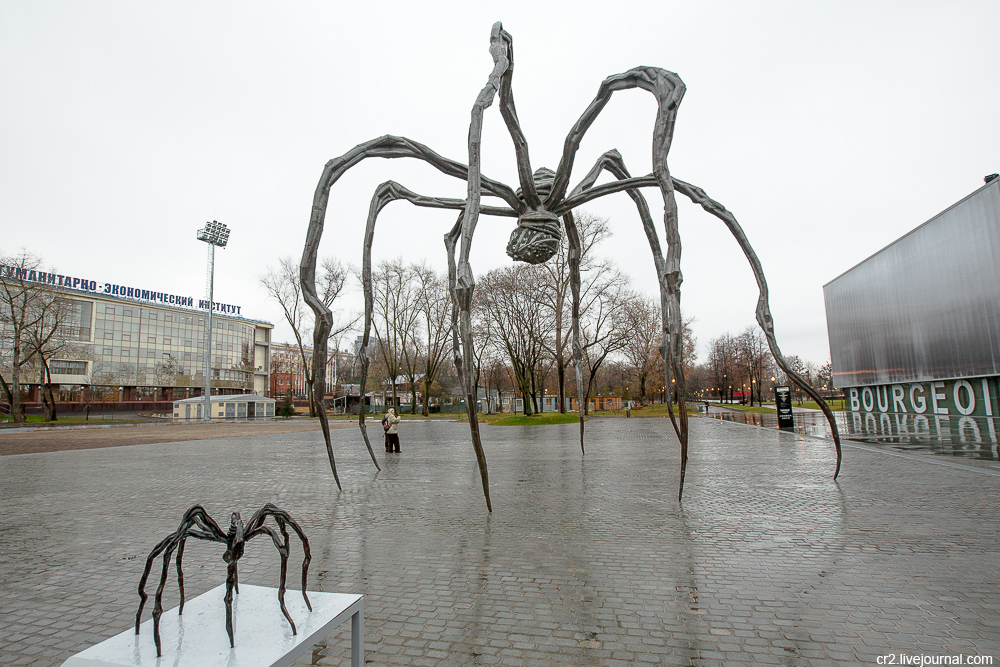 That do you think? To my opinion, this is really unusual and interesting. The spider doesn’t look malicious. Feels like it wants to hug and protect people standing under it.

Published in exhibition and installation