Mosvodostok has invited bloggers to show them how the lake aeration is done. Why do they do this? Lake flora and fauna needs some air for not to die under the ice. Otherwise the lake will be full of rottenness in spring.

01. The drill is a best gift for 8th of March, – bloggers laughed. Crazy people 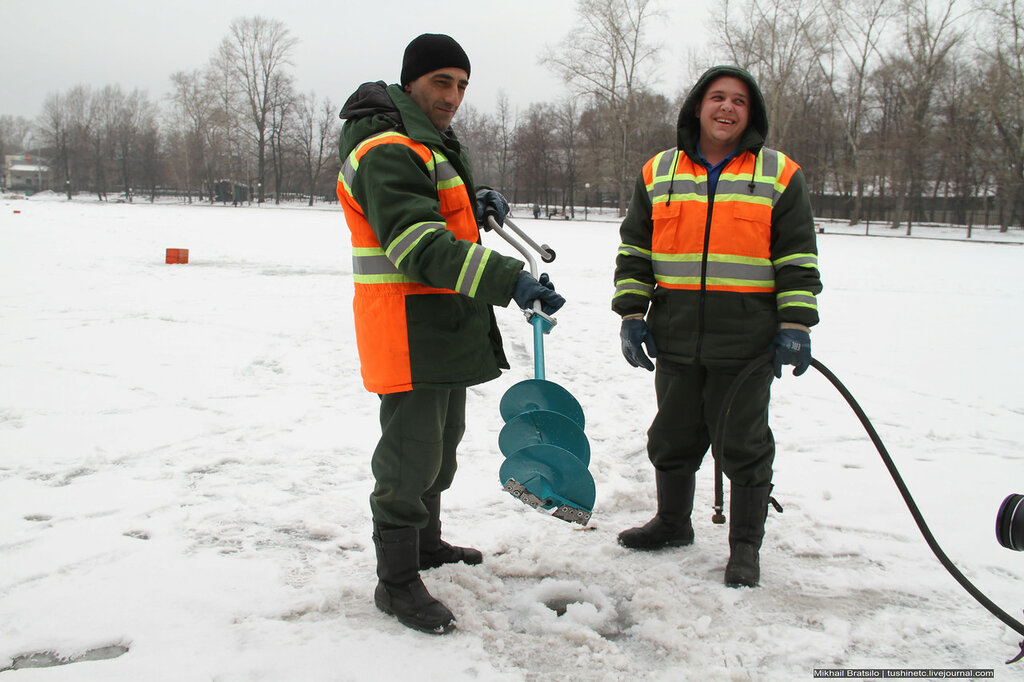 END_OF_DOCUMENT_TOKEN_TO_BE_REPLACED

There is a fun illusion museum at 4, Nikolopeskovsky lane. The good thing of such museums is that your presence at each photo is necessary. 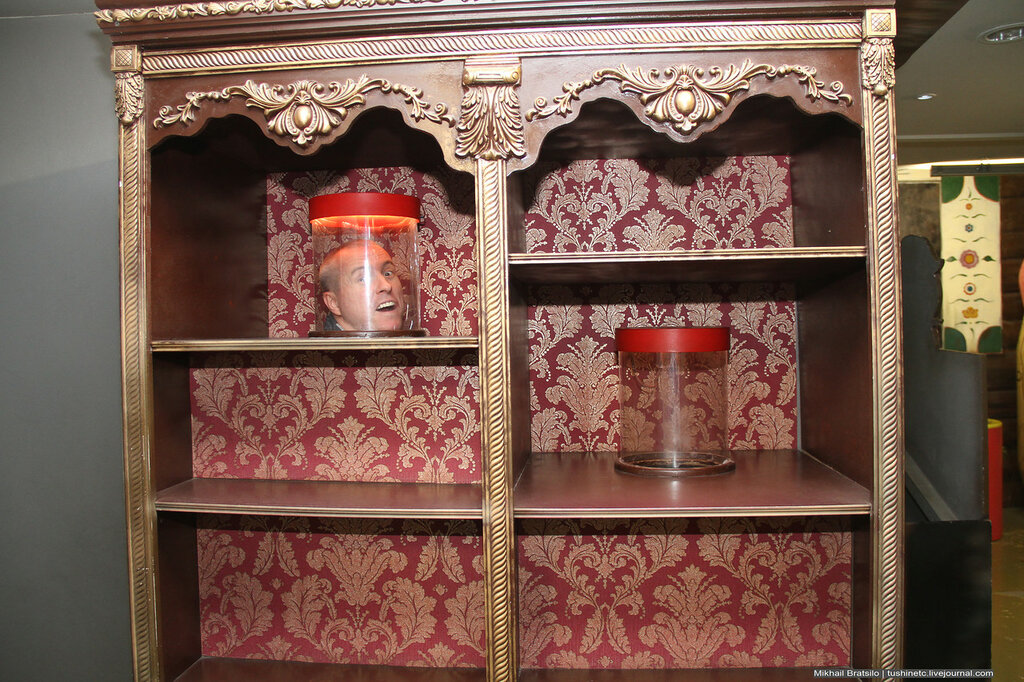 END_OF_DOCUMENT_TOKEN_TO_BE_REPLACED

This station’s first plans appeared in 1970s. It was one of the projects that have never been implemented, such as Yuzhny railway station, which was going to relieve Kursky station. After the station’s “return” to the Sokolnicheskaya line, the opening was planned to 2025. However, due to Moscow expansion in 2011-2012, the need of this station appeared a bit earlier. Construction started in 2013 and finished 18th of January 2016. 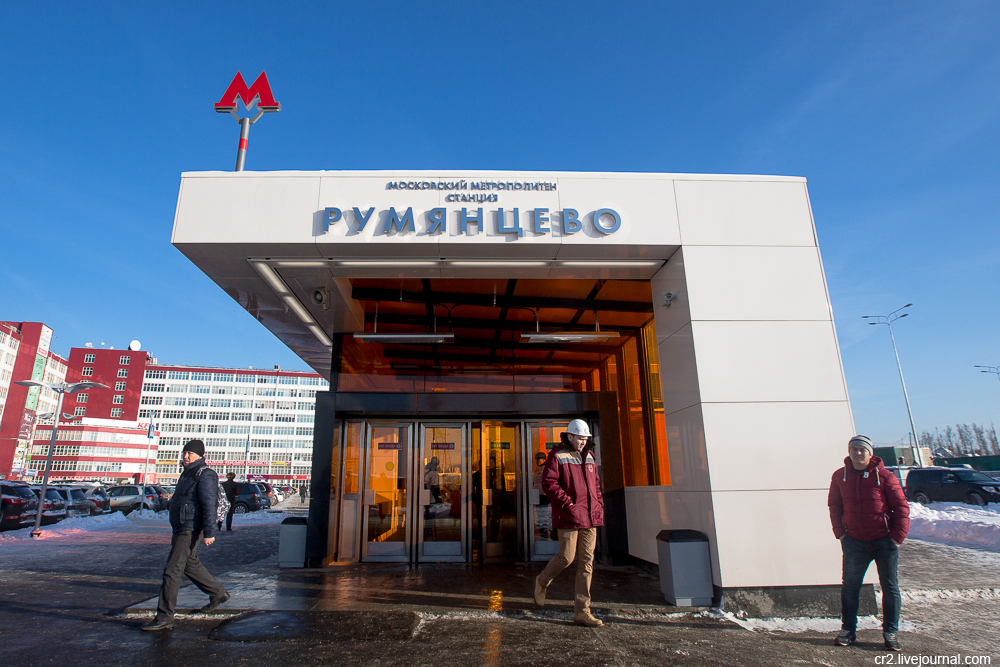 1. “Rumyantsevo” is the first metro station in “New Moscow” (territory, added to Moscow in 2011-2012). It is located outside Moscow Ring Road near Kievskoe highway and “Rumyantsevo” business-park. The station is named after nearby village.

END_OF_DOCUMENT_TOKEN_TO_BE_REPLACED

Technopark in the sunset rays

“Technopark” metro station has become a ghost station for me long time ago. It was more exciting than other legends like the old “Volokolamskaya” on the Tagansko-Krasnopresnenskaya line: I’ve heard about it, knew It’s future location, but the opening always seemed to be at a distant date. So it was a big surprise when the station just opened

I didn’t know the date on Sunday afternoon, but came to the place in 14:10, thanks to my dear friend Pasha, who told me about it on time. The impression of the station was twofold: on the one hand, design looks a bit ascetic, or even poor, from the other hand, “Technopark” is certainly more beautiful than “Myakinino” station, which opening in December 2009 was quite a shame. 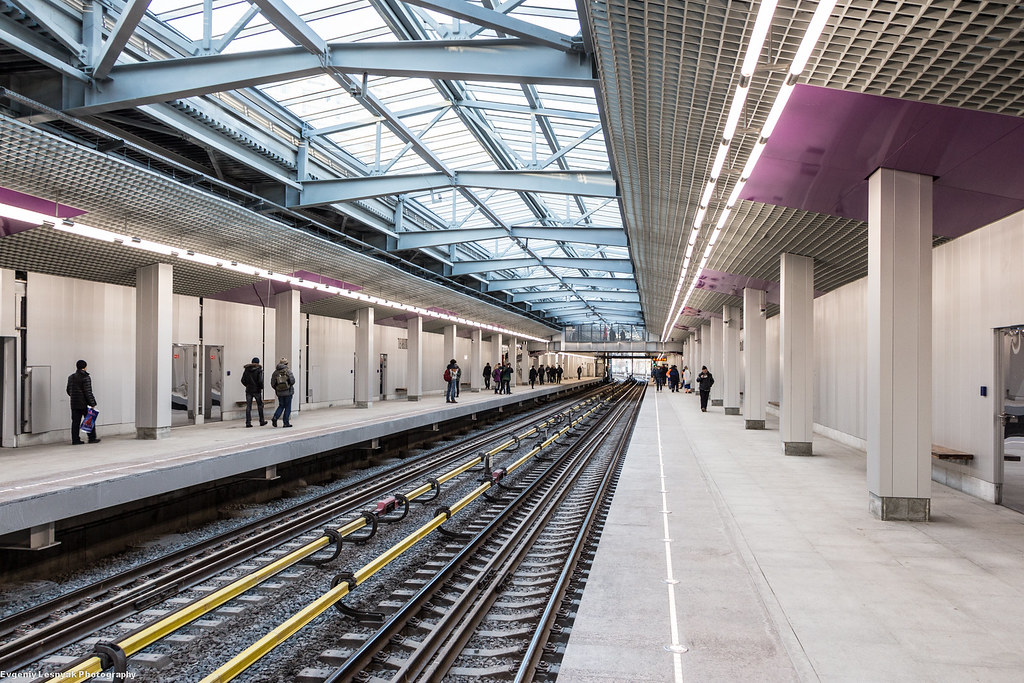 Let’s have a look at a new station, which is, by the way, the 198th station in the Moscow Metro history and find out, that it actually has it’s own features.

END_OF_DOCUMENT_TOKEN_TO_BE_REPLACED

Around the Peter’s park 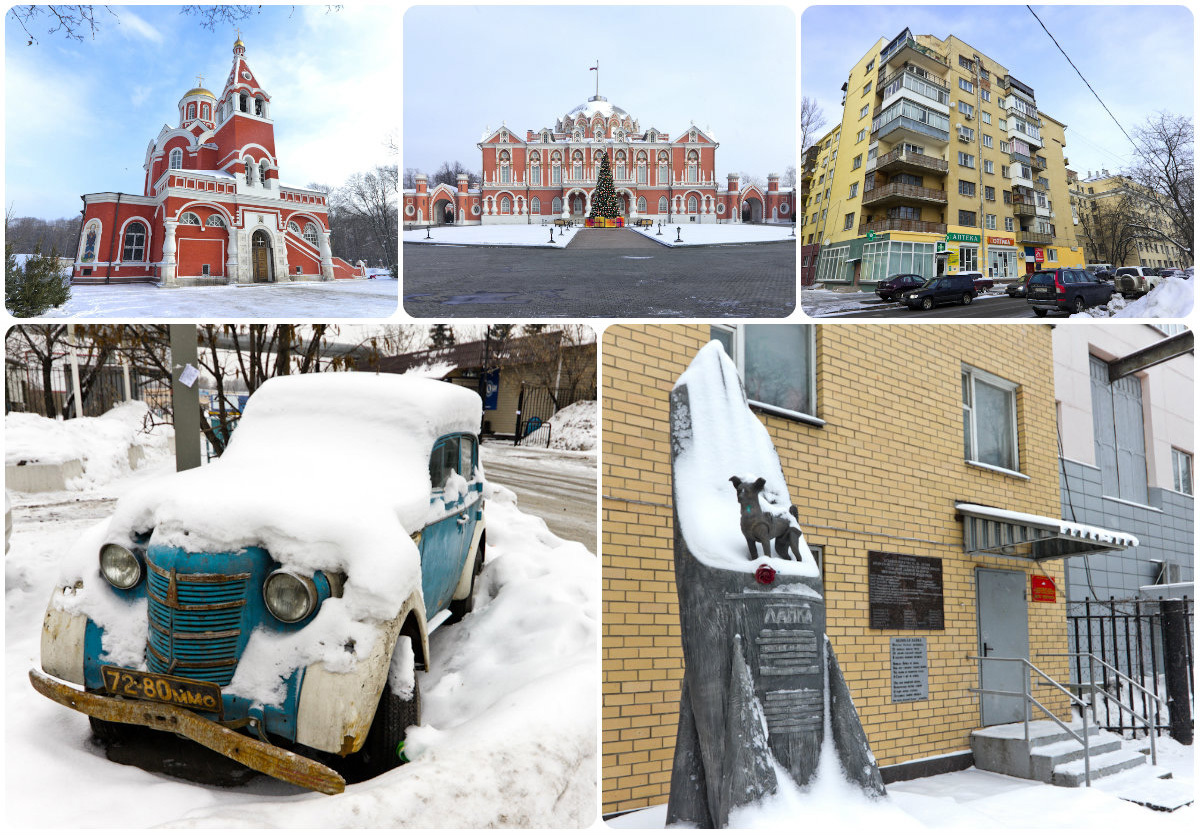 It was the second half of the 18th century, when Matvey Kazakov built Petrovsky palace on the north-west outskirts of Moscow. These were Petrovsky abbey lands at that time. Park replaced open spaces and gardens around the palace a bit later: in 1829. Staying at the palace before the ceremonial entry to Moscow became a tradition of Royal family, which continued after the railroad construction.

END_OF_DOCUMENT_TOKEN_TO_BE_REPLACED 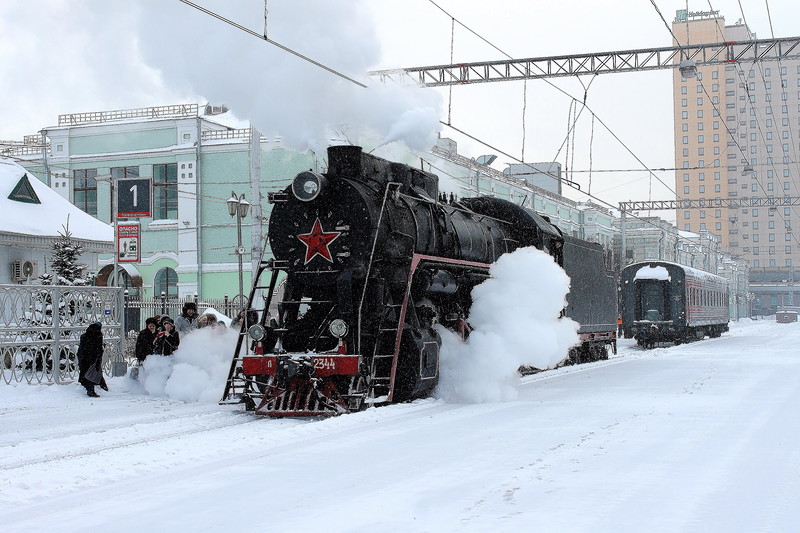 The steam locomotive arrived to Rizhsky railway station, where a group of tourists was waiting for it impatiently. They’ve already seen the museum exhibits, but how a monument can be compared to a real, hot and moving locomotive? This is a real wonder from the remote past and the frosty weather is not an obstacle for looking at it with delight and amazement, the more so as the ride and more wonders are waiting ahead.