A strange object in Moscow 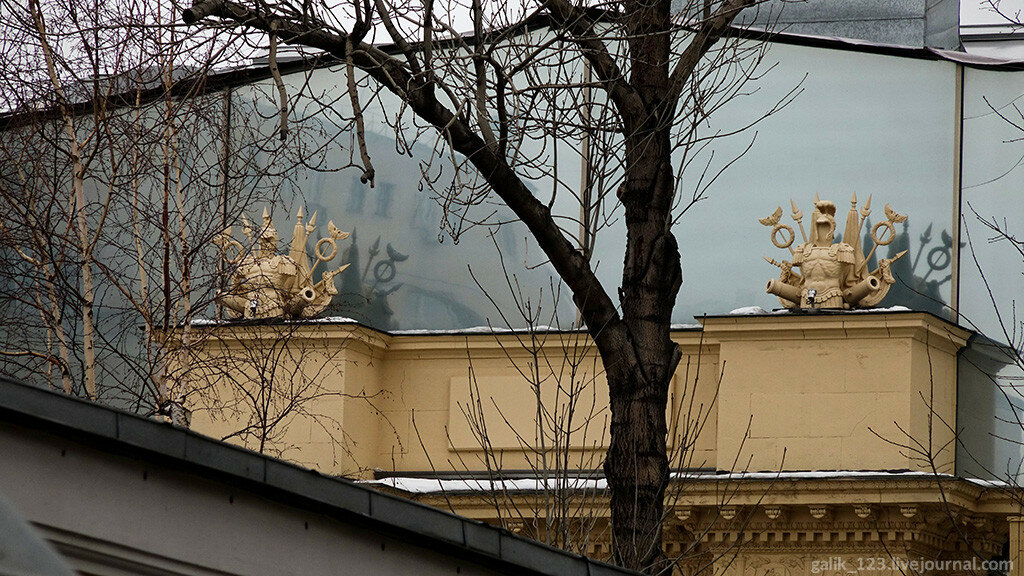 I had to conduct a real investigation to find out what is the strange building (a triumphal arch? An entrance of a palace? An ancient Greek portico?) , raising above the Moscow roofs.

Russian Wikipedia says: Portico is a gallery with a roof, which ceiling leans on the columns, supporting it directly or via the architrave or the arches, placed between them. Portico is opened from one side and terminated by the wall from the opposite side. The wall may be blind or have some windows and doors. In other words, portico is a half-open apartment with columns supporting the roof. Looks similar, how do you think? 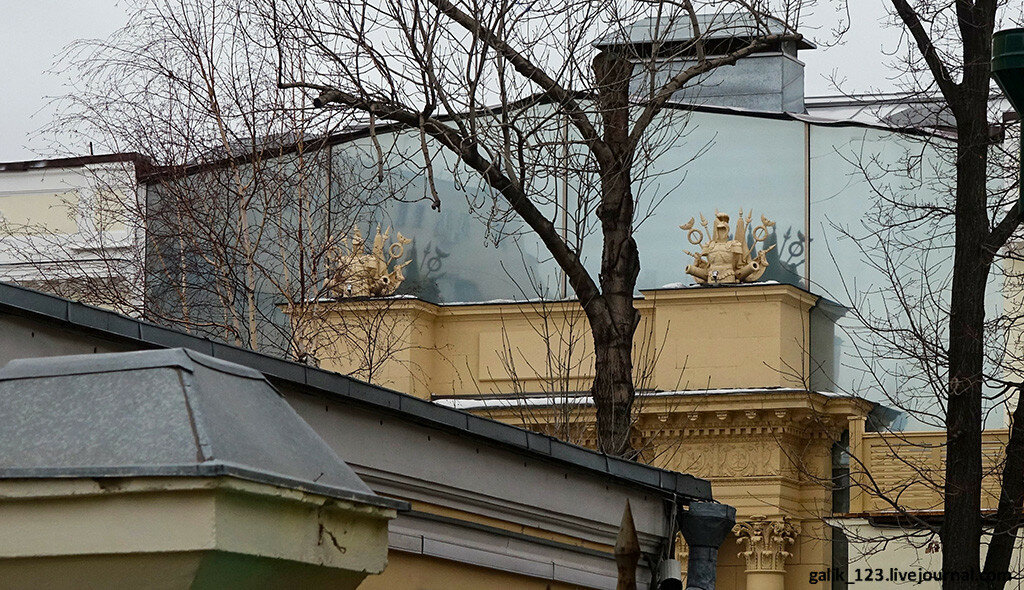 The portico had been first used by ancient Greeks and was copied by ancient Romans later. It had been used as a place, where you could sit or walk, hiding from the sun or from the rain. Such buildings were used in Middle Ages and Renaissance architecture as well. They also appeared in classical architecture. 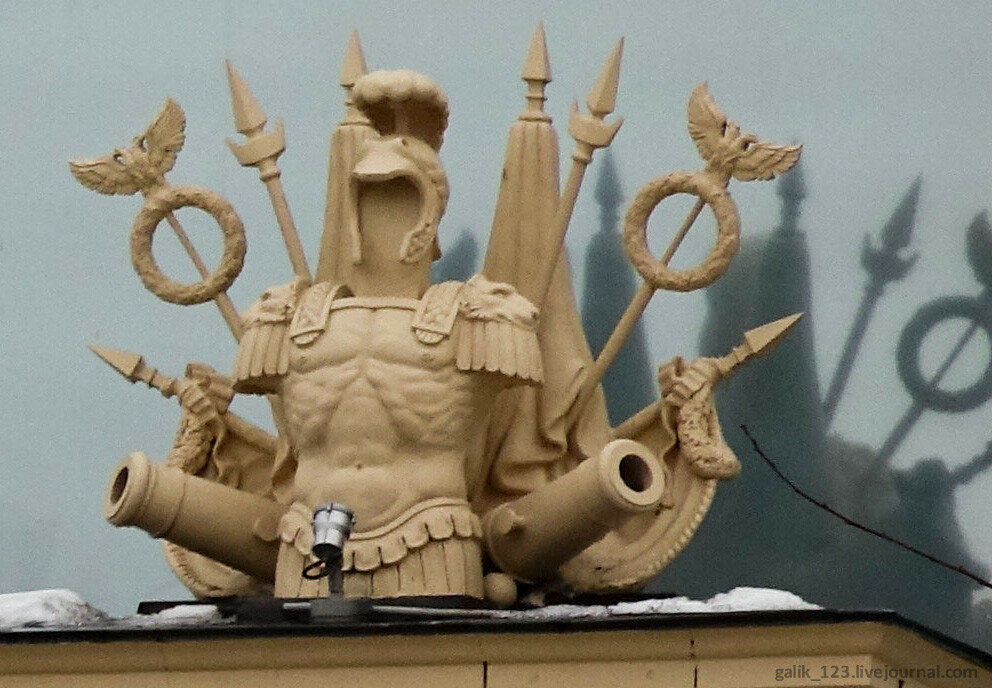 See what I’ve found in the following report.